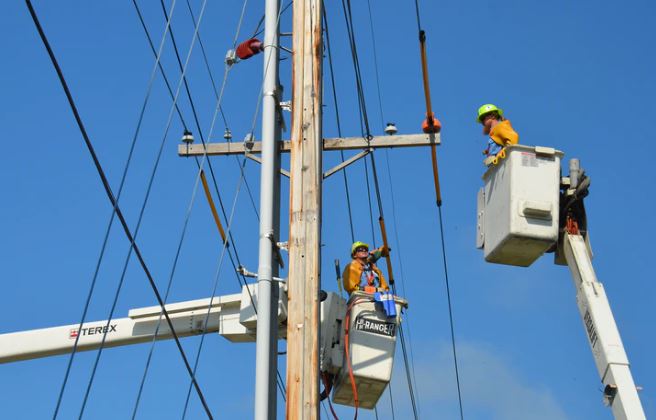 Eskom the questions still to come … 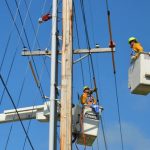 Eskom grasped the opportunity from lockdown to deal with maintenance issues but its debt is still the biggest sovereign risk to our economy.

Of all the flaws that Covid-19 promised to expose in the South African economy, the poor health of our state-owned enterprises, such as Eskom, was perhaps top of the pile. With the airline industry disrupted to degrees that we’ll never understand, it’s no surprise that South African Airways was the first to feel the pressure and it once again stands on the brink of collapse.

While the state deals with the struggles of its national airline and an entire industry on its knees – with Comair, the biggest commercial rival to SAA, having gone into business rescue – the other assets in its bloated portfolio of state-owned enterprises are running into their own potholes. The biggest problem of all is Eskom.

Operationally, Eskom has benefited from the drop off in demand for electricity, allowing it to get a better handle on its maintenance backlog. There’s almost a decade of maintenance neglect that has fed into the lack of reliability of its coal-fired power stations, some of which are older than 50 years. Getting both Medupi and Kusile power stations to step into the breach has not happened as management of old had hoped.

Eskom management has wisely used the pandemic and the subsequent lockdown well in tackling its operational concerns that were, up until the end of March, strangling the little life left in the economy through bouts of loadshedding. This week, the utility completed repairs to Unit 3 of Medupi power station, after the unit was shut late in January to address defects relating to the boiler. It’s now set to undergo optimisation and performance testing.

In the crisis, we can take some comfort that Eskom has seen and grasped the opportunity to deal with maintenance that will serve us well as we start opening the economy in the weeks and months to come. As much as we welcome these developments, the utility with its debt is still the biggest sovereign risk that weighs on our economy.

What was initially seen as the necessary construction of Medupi and Kusile has morphed into a debt burden of almost half a trillion rand – which keeps on growing. During the course of the lockdown, its debt metrics have only worsened with Eskom expecting to bleed up to R2.5bn a month in revenue because of reduced demand.

The continued lockdown and what we expect to be a sluggish rebound in the global economy over the next 18 months if not longer will continue to build pressure on Eskom revenue and in turn its debt position. This week, ratings agency S&P Global Ratings changed its outlook on the utility to negative on the back of liquidity concerns because of the extended lockdown.

These changing dynamics should press the state to push ahead with its restructuring plans at Eskom that the president, along with the department of public enterprises, have agreed to. It all starts with the break-up of the company into three separate entities, generation, transmission and distribution. This is necessary for our energy sector to truly transform and embrace new generation sources and, importantly, decrease our reliance on coal-fired power. It will serve as the catalyst to what will be the most transformational step in our energy sector.

A restructured Eskom is the only manner in which the state could attract interest from private shareholders that will be needed for fresh capital injections into the parastatal. The R500bn raised by Treasury to respond to the economic fallout of the Covid-19 pandemic should not be used on yet another bailout for the company; the time is long overdue to introduce another shareholder in the Eskom story.

The most important aspect in our energy future is the introduction of additional generation capacity. For all its operational focus during this period, the reality is that very little can be done about loadshedding in the medium term. To face up to what is our national crisis and importantly provide some light at what at times looks like a very dark tunnel, we have to tap into the generating capability that exists outside the giant.

There are businesses that generate electricity for their own consumption and have additional capacity that could be fed into the national grid. Others would be able to create generating plant quickly if given the green light, either for own use or for feeding onto the grid.

There is an estimated two gigawatts of power generation outside Eskom just waiting for signatures and approvals from the state. Granting the approvals would make an immediate contribution to stabilising the grid.

Outside of our miners, there’s the example of Sasol’s gas engine power plant. Half of the 140MW capacity is used by the petrochemical firm with the rest being intended to be fed into the grid but it has never been able to successfully connect.

These are just some examples of what is out there to revolutionise our energy sector. The Covid-19 pandemic has provided a moment for pause and reflection, but it also provides room to undertake reforms to sectors such as energy. We are using the pause to deal with operational challenges at Eskom, but we can also deal with the structural problem with SA’s energy sector as a whole.

This article was first published in Business Report.
For related posts on SOEs, click here.