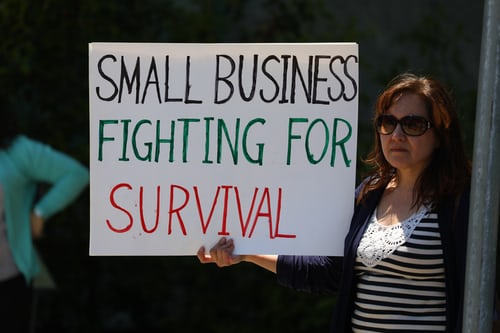 The cost of not paying small businesses on time 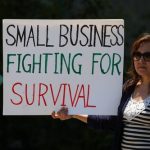 Paying SMEs on time is a small step that big businesses and government can take that will make a big difference.

So much emphasis is placed on what’s best for big business and government in SA when we speak of the country’s growth prospects that it presents a rather one-sided picture of the state of the economy.

As important as big companies are to the economy, there’s much greater importance in ensuring small and medium-sized firms find their own parking space in the economy and policies are created for them to flourish. This was accentuated in last week’s third-quarter jobless figures which saw unemployment rise above the 30% mark.

Stats SA’s figures are flattering to what is a deep structural unemployment problem in the country. While we often expect the big industrial and mining giants or worse yet an already stretched public sector to take up the slack and employ more South Africans, it’s in the small business segment that there’s greater promise of employment creation.

This is where big business and government can play a big role in improving their environment to enough of a degree so that they can be the employment centres of the future.

The livelihood of most of these businesses hinges on the timely payment of invoices because they don’t have the balance sheets to sustain them through lengthy periods of non-payment.

As part of our role in the social compact with government, labour and civil society, Business Leadership SA has teamed up with other leading business organisations in a campaign to ensure that our members pay small businesses on time and contribute to greasing the wheels of the economy.

A survey by Xero, which provides cloud services to small and medium enterprises (SMEs), of 400 small business owners and 200 accountants, found that 91% of SMEs are owed money outside their payment terms, on average 18 days late in any month. For companies of less than 10 employees, the average quantum outstanding was R93,000, and for companies with 100-250 employees it was almost R114,000. The survey found financial services and automotive sectors were worst at paying on time.

A study by another software solutions company, Sage, conducted three years ago, found that SA SMEs lose about 20 days in chasing payments — compared with an average of four days in Australia. SA was the highest of the countries tracked, a sobering reflection of the amount of time lost in productivity as well as the pressures that small businesses face.

With their limited balance sheets, SMEs have been at the coalface of the struggles of the domestic economy. With the arrival of Covid-19, their problems were compounded by big companies and government departments tightening their belts. Late payments worsen their problems and have been the death knell for many that have had to shut their doors as a result of the pandemic, contributing to the unemployment crisis.
Payment obligations

There are a number of reasons for late payments, ranging from bureaucracy and SMEs not completing their invoices properly. But no matter the reasons, big business along with government need to steady the foundations of a small business sector that is so important not only to job creation, but to economic growth. In the UK the Federation of Small Businesses says tackling late payments could add a potential £2.5bn to the national economy, valued at just over £2-trillion.

According to a McKinsey report, many countries have tried multiple interventions to address late payment challenges — through legislation and automated processes and even public reporting.

We have to find our own mechanisms to deal with our challenge of late payments. As we look to stage a recovery from the economic devastation caused by Covid-19, in support of President Cyril Ramaphosa’s plans, as big business we can certainly play a part in freeing the constraints to growth on small business.

This is a matter of urgency as the state, with its fiscal limitations, remains constrained in what it can do to stimulate the economy. However, the stimulatory effect in ensuring that whatever spend emerges from the public and private sectors feeds through to small business much faster comes at no fiscal cost to the state. That is incredibly important in this environment and we urge government to move fast to facilitate this.