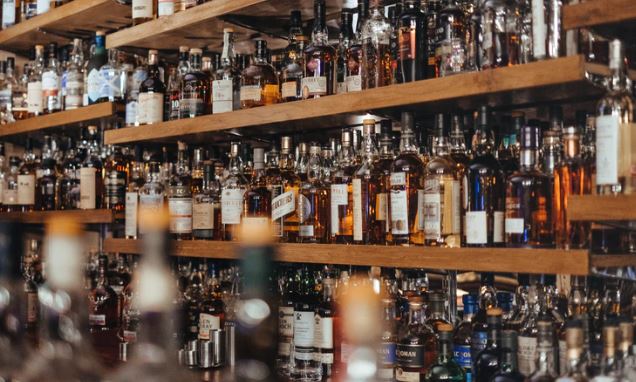 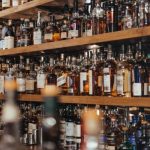 The bans on cigarette and alcohol sales have dramatically boosted the fortunes of criminal syndicates and even seen gangs expanding their activities into these markets as their regular criminal activities have been disrupted by the lockdown.

The bans on cigarette and alcohol sales have dramatically boosted the fortunes of criminal syndicates and even seen gangs expanding their activities into these markets as their regular criminal activities have been disrupted by the lockdown. This was the view shared with attendants at the Illicit Trade webinar organised by Business Against Crime South Africa (Bacsa) yesterday.

“National Treasury is now reallocating the budget to find funds from wherever it can to fight Covid 19,” she said. “How much more could have been in the kitty without illicit trade?”

Hardy said that across the globe, criminals were cashing in on the Covid crisis, particularly in the health sector with masks and sanitisers and in pharmaceuticals where they “capitalise on fear” by promoting false remedies. “This is what they’re good at: exploiting fear,” he said. TACIT had issued an international product fraud and medicinal alert on 2 April, “trying to spread the word to as many governments as possible, warning them to take rapid steps to raise awareness of the fraud and to stay away from fake remedies”.

Hardy pointed out that SA was one of fewer than 10 countries that implemented an alcohol ban and three of those governments had reversed that policy. “So only a small group of governments think that it is effective policy. We label it an anomaly.”

The three governments had reversed the alcohol ban “primarily because of the unintended consequences that are real: people have died because of the spikes in the consumption of illicit alcohol. In the Dominican Republic, 109 people died after drinking an illegal alcohol beverage with a high methanol content – which people were led to believe combated Covid-19. In Mexico where alcohol sales are banned during lockdown, nine people had died from drinking illegally produced alcohol.”

“That is tangible feedback that this is the wrong policy to pursue,” he said.

Hardy pointed out that the World Health Organisation, in its public policy, emphasised that if restrictions were too strict, it opened the door to illicit traders. TACIT listed the following negative outcomes of banning alcohol:

Tax Justice SA’s Abramjee said government had made some gains in the fight against illicit trade but not enough. “SA is losing billions a year and the lockdown bans have led to a surge in illicit trade. We now see illicit traders operating openly on social media. Another worrying element is that seized items are landing up back in the market because corrupt police officials are stealing them and selling them back into the illegal market.”

Abramjee said the bans were making the post-lockdown fight against illicit trade much more difficult because of their now expanded activities in meeting the demand of smokers and drinkers. “We need considered action from government to crack down much harder on illicit trade. Industry is getting fed up.”

Luthuli said while the alcohol ban did clear up hospitals, helping them in readiness for any surge in Covid-19 contagions, government should at least allow the export of alcohol. “That is money lost daily that is urgently needed.”

She noted that the bans had not only boosted illicit trade but also spurred lootings and burglaries of alcohol. “So it is boosting criminality from that perspective and it’s particularly worrying that SAPS members are implicated.”

Luthuli said one of BLSA’s pillars was to strengthen key institutions and it had identified SARS, the SAPS and the NPA where private sector skills could help – something that was particularly necessary because state capture elements had specifically fought to remove skilled people from such institutions. “Now we want to structure a proper public-private sector collaboration against illicit trade. As business we understand that government can only do so much on its own. It’s up to business to step up where we can.”

Alderman Smith said the bans on cigarette and alcohol sales had definitely accelerated black market activities and boosted crime syndicates. “This includes Cape gangs. Some of their normal activities have been disrupted by the lockdown – and that’s good, there have been dramatic drops in violent crimes, etc. But gangs have been quick to move into illegal liquor and cigarettes.”

He said there were two immediate steps the government could take to boost the fight against illicit trade – and business should lobby government to do so.

The first was to expand powers at municipal level to allow city staff to act against illicit trade. These would need training programmes.

The second was to develop the “sponsor a cop” programme nationwide specifically to fight illicit trade. In Cape Town, about 570 police officers were externally sponsored so they operated at no cost to ratepayers. “I suggest that government boost this and use them to focus on illicit trade.” The concept could be developed so that revenue raised from confiscated goods be ploughed back to pay for these extra police officers, so the programme eventually became self-sustaining.

Neighbourhood watches, he said, were also very effective for tip offs and reporting at grass roots level “often where police have blind spots”, and these could be tapped to alert authorities to illicit trade.

Establishing “watching briefs” which tracked prosecutions was also effective: “A big problem with crime is a lack of effective prosecutions, so serial offenders keep going. When we have an arrest, we track events. If they disappear from the court roll, we query it and ask for it to be put back and often succeed. So we have a higher conviction rate. Business should establish such watching briefs which would help, especially given the collusion of corrupt officials.”

IQ Business economist Sifiso Skenjana spoke of the opportunity to “use the crisis” to block existing gaps and leakages and developing community structures to combat illicit trade. “For example, we know that a lot of illicit goods come through ports, and ports are now closed. How do we improve protocols to ensure the kinks and gaps and leakages in the economy are more tightly managed?”

Community activists could also be roped in to fight illicit trade. “We’ve seen that community-based projects such as stokvels work well. So how do we create infrastructure in communities to use an approach that will enforce more conducive behaviour than bad behaviour? We could build retail capacity in townships to ensure people play by the rules. This will result in better developmental outcomes in society.”

He said this was not self-policing in the literal sense but using societal pressure to combat illicit trade. “In stokvels, people pay but if they don’t, there is societal pressure on them to do so. So, imagine in informal communities you develop retail clusters in how they source and sell goods, so that anyone not in that cluster gets outcasted. This is an opportunity to look at those structures to strengthen the resilience of retailers in marginal contexts and so also stop illicit trade in those environments.”