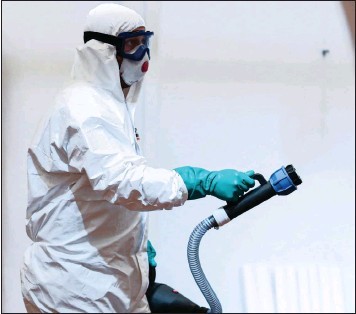 Home » Political economy » What are SA’s stimulus options, if any?

What are SA’s stimulus options, if any? 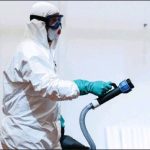 Coronavirus induced market crisis is worse now than in 2007 when South Africa had a budget surplus.

IT’S BEEN QUITE an eventful first three months to the year for the South African economy and, in the minds of many, a bit too interesting.

The earnings season came and went with a slew of negative report cards reflecting the growing struggles of some of our leading blue-chip companies under the weight of an economy that hasn’t managed to breach the 2 percent growth mark in more than half a decade.

The stock market has underperformed, and, in turn, business confidence is still languishing somewhere near mid-eighties levels.

Corporate South Africa is also struggling with the spectre of load shedding that by all accounts is our reality for another two years, if we are lucky.

Outside of our commercial sector, the public sector remains in its fiscally constrained position.

State-owned enterprises such as SAA and Eskom are in as critical a condition as they have been for more than a decade, if we are honest with ourselves.

The only difference in recent years is that the era of a blank cheque to fund yet another ill-considered turnaround plan is well and truly over.

Creditors of the state and their watchdogs in the ratings agencies have asked and continue to ask some tough questions of the State’s commitment to fiscal discipline.

This has been the backdrop of the South African story this year in an already difficult minefield to navigate for any prospective investor, both locally and internationally, in an economy starved of investment.

In more recent weeks though, the fallout from the coronavirus outbreak that began in China and has spread to most parts of the globe, including South Africa, has served only to further darken the clouds around our short term economic prospects.

Our markets have plummeted to new depths in recent weeks in line with the rest of the world. The rand opened this year at just more than R14 to the US dollar and, as I write this piece, is trading past R16.20 to the greenback, a plummet of more than 15 percent.

The JSE all share index, similarly, is close to 15 percent off its January opening.

It’s truly been an eventful first quarter and we are not even halfway through March. The question is, what are we to do in this environment, where our unemployment rate of more than 29 percent triggers pockets of social discord every other week?

The government is not in the position it was after the last global recession in 2008, where it was in surplus and able to spend domestically to protect the economy from the worst effects of the financial crisis.

Now we have a budget deficit that is only expected to widen and a debt-to-GDP ratio that is set to continue rising to unsustainable levels. These factors raise alarm bells about the future funding of the State and its many troubled entities.

Monetary policy alone surely can not be the answer. But we can expect some pressure being brought to bear on the South African Reserve Bank later this month to cut the repo rate aggressively to boost the economy – the argument being that the world’s leading central banks have already reacted to the crisis by doing the same.

The next monetary policy committee meeting is on March 17 to 19 and it may be forced to cut interest rates. Should that come to pass, despite a worryingly weak local currency, we must understand that monetary policy is no panacea to our growth problems. Far from it, if you consider just how many South Africans are really affected by the rise or lowering of lending costs. It’s a tiny proportion.

The greater stimulus to our economy at this troubling time is to keep our focus on the structural reforms promised.

It is a tumultuous period in global markets and growth forecasts for most economies will be revised lower, but in response the State can’t shift from its promise of fiscal prudence.

The “wasted nine years” have brought us to a place where, quite simply, the State cannot stimulate the economy as it did in the years following the collapse of Lehman Brothers in the US in 2007, which triggered the financial sector crash.

Through the turbulence that we are experiencing and what may still come from the fallout from the coronavirus, a truly “black swan” event, we need to be able to see through the cycle.

Ultimately, the stimuli that our economy need are the reforms in energy and telecommunications that have long been promised.

Just why should we have to wait for a spectrum auction at the end of this year to help fully unleash the potential in the much touted fourth industrial revolution?

The South African state, despite many criticisms from certain segments, is not following a course of austerity, which gripped most of western Europe in the past decade.

However, it is certainly not in any position to open up the spending taps to stimulate the economy; reforms can unlock avenues for growth.

So, I urge the government in its entirety to see through the cycle, despite the many headwinds that have come just in the first three months of the year.

Busisiwe Mavuso is the chief executive of Business Leadership South Africa. This article was first published in Business Report.