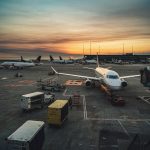 Government reiterates its efforts to improve SOEs and invites the private sector to participate in infrastructure rollout drive to spur the economy.

“As government, we are hoping for private sector participation,” he said, and reminded business leaders of how national highways were built on the build-operate-transfer principle, which may be used more. This entails private sector development of a public entity where the private company also operates it for a certain period or until pre-set targets are met, after which ownership converts to the state.

Gordhan repeated throughout his address the importance of co-operation between government, business and labour to emerge from the coronavirus crisis with new ways of doing things to restructure the economy to make it inclusive and improve the living conditions of the vast majority of South Africans.

“If we stick to the old paradigms, we’ve lost an opportunity to place SA on a better footing. What we want from business and other sectors of society is to recognise that we’re all in the same ship. Rise to the occasion, take a few risks, be bold. We need phenomenal levels of social entrepreneurship where collectively we can take SA in a different direction. We do believe we have the capacity to do this; the question is, do we have the will?”

Gordhan outlined government’s efforts to improve state-owned enterprises (SOEs) generally before focusing on Eskom and SAA. “For some time now but especially since 2018, structural reforms of SOEs have been on the agenda,” he said. Some reforms had been implemented, others were still needed.

“What is clear is that I don’t think there’s been adequate appreciation of the damage that was done by state capture – in both the public and private sectors.” SAA already had faultlines but these were worsened during the state capture years “and the judge’s statement in the recent Dudu Myeni case is quite a narrative on the damage that was caused in SAA. That’s a reminder of the kind of damage done to many SOEs.” Myeni, formerly SAA chair, was declared a delinquent director by Judge Ronel Tolmay, who said Myeni had “gone rogue” and contributed significantly to the position SAA and the economy was in today.

Gordhan said that when Cyril Ramaphosa took over as president of SA, “we thought that replacing boards and getting the right CEOs in place would deal with the problems. That’s not the case. State capture did huge damage.”

Notwithstanding that, he said, government had started the overhaul of SOEs that the president had been talking about. This entailed evaluating each SOE for relevance, assessing its business model, recognising its fault lines and modernising and restructuring. Government was committed to seeing this through and both the state and private sector had an important role to achieve success.

The president would shortly establish an SOE council which would take the debate in a new direction. “There is critical thinking in government about SOEs. One key objective, over and above others, is that SOEs must be disconnected from the fiscus – so no more bailouts. Hopefully it will not take more than three to four years to disengage SOEs fully from the fiscus.”

Each SOE had to generate its own revenue and its cost structure had to be compatible with that revenue. Restructuring was necessary.

Eskom, he said, was taking the lead on this but “extraordinary measures are needed”. He confirmed that last year’s Eskom “road map”, that separates electricity generation, transmission and distribution, was being followed. “The first steps have been taken and structures to effect the plan are being put in place.”

SA needed to cater for the “new generation reality” whereby Eskom was the largest generator but not the only one; there were also independent power producers as well as increasing self-generation from individual companies. “Any surplus energy probably will be sold into the grid, so mechanisms for that need to be conceptualised, consulted upon and put into place in the next 18 months so that the electricity market is restructured.”

While the Covid-19 pandemic had damaged much of the economy, it had also provided Eskom with a reprieve from high demand which the utility was using for overdue maintenance. He said between 7,500MW to 9,000MW of demand had been lost, resulting in a monthly revenue loss of about R2.5bn. But short-term maintenance work had returned 2,500MW to the grid and more would be available with more maintenance work. Furthermore, long-term maintenance work had returned a few units to operational status while work on the Medupi and Kusile power stations was continuing, with Kusile “delivered perhaps earlier than expected”.

Another important element of Eskom’s turnaround plan was to deal with corruption: “There are significant issues to be dealt with by law enforcement agencies.” The next issue was to follow up with lifestyle audits where “there has been a lapse, but the mechanism is now in place and hopefully we’ll start seeing results similar to what just happened with SAA”, he said, referring to the Myeni case.

The final element of the operational plan was to assess Eskom’s cost structure. “Efforts have been made that are significant but more needs to be done. Eskom has tied itself to some expensive contracts; that’s being looked at with suppliers. Any relief resulting from those negotiations will make a difference to the cost structure. As we get rid of minor and major forms of corruption in Eskom, so its costs will be lowered and its efficiency increased.”

He said there was still a way to go, but Eskom was on the path to reconstruction and repositioning. The debt issue still needed to be addressed and “we’ll apply ourselves to this in the next few weeks”.

Turning to SAA, Gordhan said the business rescue had been “a total disaster”, taking six months and costing R5.5bn. “Hopefully in the next couple of days a draft rescue plan will be available. It’s regrettable that the business rescue practitioners have taken all this time to come to a proposition that could have been put to the shareholder months ago.”

On the question of SAA employees, he said certain unions had refused to participate in an employees committee set up by the Companies Act, so a consultative forum had been set up, which he called a “constructive process”. “All eight unions have been participating in this forum and contributed to ideas for the design of a new airline.”

Discussions for a social plan had two components. The first was the option of offering voluntary retrenchments and early retirement and the second entailed mechanisms to support employees who wanted to increase their skills, to retrain for new opportunities or to create businesses of their own. In such training programmes, private sector help would be required. “We’ve realised over the past fortnight or so that training in aviation sector, especially for black people, is subject to abuse and needs restructuring, particularly to create a pipeline for future pilots.”

For the new airline, government had emerged with a restructuring process whereby assets from SAA that were not required would be dispensed with, while the rest would form the new airline. “Most of the complexities have been dealt with and details will emerge in coming weeks.” A funding strategy was being assessed but he could not divulge details.

“Our objective with the airline is first, to create a viable and competitive entity; second, to retain jobs; and third, to ensure dependence on the fiscus is severed – the new airline must stand on its own feet.”

Government, he said, was committed to ensuring it learned lessons of the past and would put in place good professionals to lead the airline. “We’ll be looking for aviation experience within the country and at same time ensure demographic representation.”

He said the reality was that only once you entered the engine rooms of many of SOEs did you realise the complexities. “In each case, I’m confident we have that work well under way. It might still take some time but I’m confident.”

It would be important for leadership at SOEs to be able to restructure, change business models and enable “the right kind of private and public participation”.

He called on organised business to use the Covid-19 crisis as an opportunity to restructure economic relations, particularly with support of big businesses for small businesses. “We can change the nature of the economy,” he said. “We need new ideas to come forward. Some businesses are doing extremely well in this regard. If you make this a movement, then in a year’s time we’ll have the beginnings of a new type of economy that’s far more inclusive. People are realising across the globe that exclusion is not good for business. We have to find new forms of inclusion.”