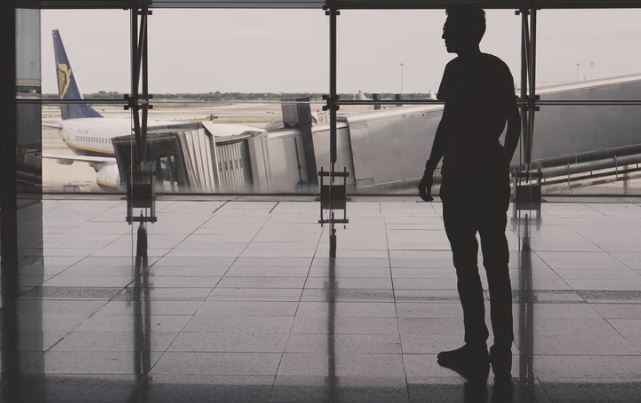 If our fiscal roadmap includes plans for the start of a new state-owned airline and, given our most recent record in managing one in SAA, one wonders what sort of terms will be struck.

This lockdown seems to blur the days into one sometimes as we are bombarded with dire economic news or of the struggles of some of our oldest companies. Over the past week, we’ve had a 90-year old Edgars and the 77-year old Comair decide to move into business rescue.

While these firms were already in vulnerable positions before we moved into full lockdown at the end of March, it does point to what is coming ahead as we battle a Covid-19 pandemic that is about to move into our winter period, where conditions for contagion are more favourable. I have to often remind myself of this in the face of confidence-sapping economic data prints that point to the economic devastation out there. These pressures are only going to grow as we move into the next four months, where case numbers could still explode. Lockdown was about preparing our defences, it was not a cure.

It’s a delicate position we are in. While Europe and the US look to open their economies aggressively in the face of economic ruin, they have a level of comfort knowing they are opening up in the summer months that lie ahead. But like them, we are under desperate pressures with the South African Revenue Services forecasting that state coffers could be poorer to the tune of R285bn this year. The shortfall could push the government deficit towards 16% of GDP. For context, that is more than what Finance Minister Tito Mboweni allocated to health the last time he stood up in parliament delivering his budget.

Last week, Treasury put out estimates based on research from the UN University World Institute for Development Economics Research that suggested our economy could contract by as much as 16% this year, depending on the severity of the pandemic and the lockdown’s effects. Our worst-case scenario predicts that as many as 7-million jobs could be shed, meaning official unemployment will shoot up as high as 50%.

We are at the centre of a storm and have been for some years, in truth. Earlier this year, Mboweni’s budget speech was perhaps what will be written down in history as his last play to avoid the country’s fall into full “junk” status. At the podium, the big statement was of planned expenditure cuts to the tune of R130bn that would centre on reining in the growth of public sector wages.

It was Mboweni’s big move, which ultimately wasn’t enough to steer us away from the slide into junk. However, it did reflect a level of commitment to a dogged fight with public sector-related unions, many of which are members of trade federation Cosatu, an alliance partner of the governing party.

That fight becomes all the more important because of the revenue shortfall projection by SARS. I would imagine that the department may have to make even deeper spending cuts. This is a fight that has to be won if government is to maintain confidence that the R500bn raised to stimulate the economy won’t be diverted to past and ill-considered spending commitments rather than kickstarting growth initiatives.

It’s a fight still brewing, but one that can’t be kicked down the road anymore. Which brings me to the tale of our state-owned enterprises and the most burning question at the moment of our national airline, SAA. As a country, we’ve spent billions of tax rands bailing out the airline that has quite simply failed to make a profit. When it was moved into business rescue by the state in December, there seemed to be an acknowledgement that the state could go no further in bailing out the airline – one of the many underperforming state-owned enterprises in government’s portfolio of assets.

But today, the state has usurped the powers of the business rescue practitioners and is moving forward with plans of to save the airline. The details of this “leadership compact” are as yet unclear, but there are plans to bring private sector shareholders into a newly constituted airline. This is a difficult undertaking given that Covid-19 has basically grounded the industry across the world, thinning out the pool of possible investors.

One can only hope that whatever the final plans, the state has a minority interest in the airline if it insists on its strategic importance. Any new entity that emerges from this process that still requires a significant capital injection from the state would prove most worrying in light of a South African economy that is set to contract by as much as 16%.

Treasury is in talks with multilateral agencies such as the World Bank and the International Monetary Fund for financial support. Given the global economic conditions, it is in the interest of such agencies to not be punitive to South Africa and a host of other countries that will be in need of funding.

But if our fiscal roadmap includes plans for the start of a new state-owned airline and, given our most recent record in managing one in SAA, one wonders what sort of terms will be struck.

This article was written by Busi Mavuso and was first published in Business Report.