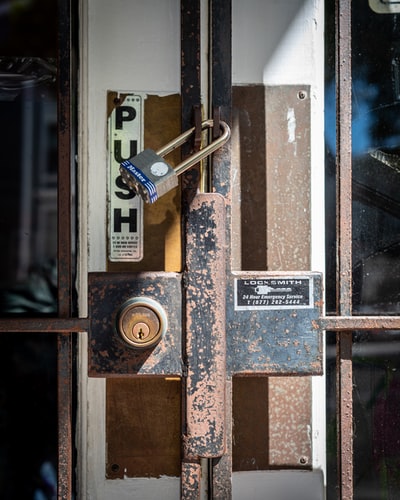 Consequences of SA lockdown and bad policy: what options are left? 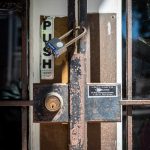 The lockdown is unprecedented – there’s no manual on how to respond to the shutdown of commerce.

What the South African economy is going through is as unprecedented for South Africa as it is for many other countries across the globe. There’s no playbook out there of just how to respond to an enforced shutdown of commerce through the SA lockdown, except to understand that even the most frugal of states such as Germany are going to have to open the spending taps to kickstart their economies when the veil is finally lifted.

It’s unavoidable that states are going to have to provide supportive measures for small and large businesses to recover from the ravages of the Covid-19 pandemic. Which makes it all the more unfortunate that we’ve just been downgraded by Moody’s Investor Services into full-blown “junk” territory, with Fitch Ratings only serving to dig us into a deeper hole. The full impact of this is that in a world where demand for credit by sovereigns is likely to increase, we are set to pay a much higher price for whatever debt we are going to have to raise.

It’s the corner that we have painted ourselves into after a decade of maladministration, corruption, hollowing out of our key institutions and what would prove the final play by the fifth administration, the attempt at outright capture of National Treasury. I remember the ousting of Pravin Gordhan as finance minister along with his deputy, Mcebisi Jonas, some three years ago, which triggered our slide into “junk” by both S&P Global Ratings and Fitch.

Ever since, we’ve been an economy stuck on a slippery slope, no matter the political changes that have taken place over the past few years. The pandemic catches us at possibly our weakest, where our reserves of strength have been drained from years of bailing out state-owned enterprises such as SAA and Eskom with no regard for actually dealing with any of their structural flaws.

We missed most of the upturn in the global economy after the last recession, reporting growth below the 2% mark for much of the last decade. Before the coronavirus emerged as the economic story for this year – if not our lifetimes – we had already slipped into a recession, which looked likely to continue through the full year because of the return of loadshedding.

Against this backdrop, National Treasury will be expected to find avenues to stimulate what has long been a very ill South African economy. Despite shrinking tax revenues, downgrades and a rising debt-to-GDP ratio, we have to accept that borrowings are going to have to rise. The $1bn loan from the New Development Bank is just the tip of the iceberg.

Just how much support we’ll need and whether the budget will have to be reviewed will be largely dependent on whether the lockdown period will be extended and, if it isn’t, just how badly bruised is the South African economy. All sources will need to be explored – never mind the reservations of the governing party.

Earlier this week, the ANC along with its alliance partners, the SACP and Cosatu, voiced concerns that the Finance Minister Tito Mboweni would consider approaching the International Monetary Fund or the World Bank for assistance.

Their statement said: “The need to safeguard South Africa’s democratic national sovereignty, the fundamental right to self-determination, our independence … are non-negotiable, even in the midst of a crisis. Our struggle for liberation and social emancipation fought for the achievement of these rights and their strict protection in a democratic South Africa.”

An impassioned plea, one has to admit. But I must question where this defence was when the ANC along with its alliance partners allowed the looting of the country through the state capture era. They watched and, let’s be honest, participated in the weakening of key institutions that were the main reasons for the downgrade, which at the time was being dismissed as an imperialist agenda.

While it’s true that assistance from the IMF or the World Bank comes with its own scrutiny, I imagine anyone willing to loan to South Africa would come with their own reservations given just how the ANC has run the state over the past decade, given the state capture narrative. We are where we are now.

If our sovereignty was fiercely protected when our former president, Jacob Zuma, and his close friends in the Gupta family made a run for the National Treasury, perhaps we wouldn’t be in the position that we are in today.

That’s our reality; we are not walking into a situation where we can name the terms. Any power and strength that we once yielded, we don’t anymore. Especially when we are likely to see a long line of other countries in search of the same support.

The alliance partners have called on the South African Reserve Bank and local development finance institutions to step into the breach instead of seeking out support from the Washington-based institutions. The central bank has already undertaken some significant initiatives to support the economy, and certainly the likes of the Development Bank of Southern Africa (DBSA) will too.

There are limits to the support or there should be, otherwise we run the risk of laying to ruin some of the last institutions that still stand.

We made our bed and we are going to have to lie in it, as uncomfortable as it may be.

This article is by Busi Mavuso and was first published in Business Report.