Home » Political economy » BUSI MAVUSO: The guillotine falls … can we turn it around?

BUSI MAVUSO: The guillotine falls … can we turn it around? 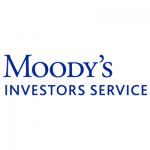 We have hit the economic iceberg. The decision by Moody’s to downgrade our credit rating to junk finally cut SA’s tenuous hold on its last investment-grade rating.

The crack in the SA economy has, after some gallant efforts by the more sober elements of our body politic, proven impossible to seal after all. The decision by Moody’s Investors Service to cut our credit rating to speculative grade or “junk” finally brought down the guillotine to cut SA’s tenuous hold on its last investment-grade rating.

We have hit the economic iceberg.

It’s a threat that has hung over our heads for the past three years since S&P Global Ratings and Fitch Ratings downgraded us to junk after the unceremonious axing of Pravin Gordhan as finance minister and his deputy, Mcebisi Jonas. In the book that is eventually penned about our wasted decade, the chapters covering the scramble for control of the National Treasury could aptly be titled the last days of a desperate “king”.

Much faith was placed in the political changes that came when President Cyril Ramaphosa ousted Jacob Zuma as president of the governing ANC. What followed was “Ramaphoria”, quickly watered down by the realisation that turning around the SA story after years of confidence-sapping developments on both the political and economic front would be an arduous task for any mortal. Let alone one who won his presidency by the skin of his teeth.

Along with his finance minister, Tito Mboweni, the president has certainly spoken up a good game about the government’s commitment to structural reform and fiscal consolidation. Rallying the troops has, however, proved another matter altogether and as much as we applauded February’s budget speech for adding some meat to bone, it simply wasn’t enough to steer us past the iceberg — something this downgrade certainly represents.

The tragedy is that we could have avoided it.

Sailing into this iceberg would be disastrous at any time, but striking it during the most uncertain global economic environment this century makes for the perfect storm.

In the main, Moody’s had two overarching concerns about our investment case: the continual fiscal deterioration and our weakening growth prospects. The agency said it did not expect current policy settings to address either of those issues effectively. “Both outcomes speak to weaker economic and fiscal policy effectiveness than Moody’s previously assumed,” it said.

Moody’s comments should be taken not only as a slight on the credibility of the Treasury in its attempts to improve our fiscal strength, but broadly on the ability of the sixth administration to undertake the reforms investors have long called for. The state struggles to sing off one hymn sheet with regard to the latter, as the politics of Luthuli House so often contradict those of the Union Buildings in matters ranging from bringing on additional electricity generation to the independence of the Reserve Bank.

It is that discord within government that has been the cornerstone of policy uncertainty over the past decade. It’s a situation that seems so set into the DNA of government that it’s becoming near impossible to imagine a new normal. Yet that is exactly what is ultimately needed if we are to emerge from the depths of subinvestment grade in time frames comparable to South Korea, the Republic of Ireland and Iceland. On average, economists say, it takes seven years for a country to recover to a positive outlook. These countries are outliers in that it took as little as three years to emerge.

In an economic environment where the globe is set on a path of a recession that may be even deeper than the “great recession” of 2008, it may be too much to expect SA to bounce back nearly as fast.

But if we are to emerge even within the average seven-year period, we need a fundamental change in how this state is led. That may seem impossible given the misgovernance of years past, until you consider how well the SA state has led us through the test of the coronavirus so far. Over the past few weeks, there’s been an alignment within government that, previously, has been absent.

It’s this sort of alignment that can pull us from the brink. As we all sit in our homes over the next three weeks and possibly more, what we should take comfort in is that we have a state with an ability of co-ordination. Escaping “junk” will take the same efforts and, dare I say it, for a longer period.