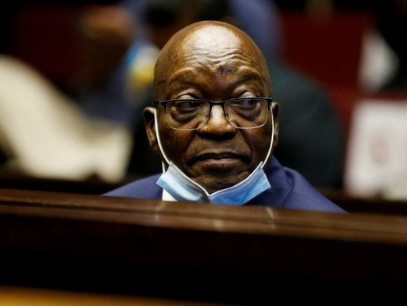 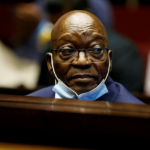 By Busisiwe Mavuso
In his latest report, Zondo also makes it clear that it should be a crime for government officials not to do their due diligence.

It is clear that SA is where it is because our political leadership has not been what it needed to be, and judge Raymond Zondo’s latest report on state capture puts cadre deployment firmly in the spotlight.

Zondo is scathing about the process whereby the Guptas simply told the president who to appoint to which state-owned enterprises (SOEs) and who to fire if they were blocking the looting.

Jacob Zuma, the president at the time, willingly obeyed. “President Zuma readily opened the doors for the Guptas to go into the state-owned entities and help themselves to the money and assets of the people of SA,” Zondo wrote.

Assisted by then public enterprises minister Lynne Brown, he carried out the Guptas’ instructions to appoint lackeys to senior positions at Eskom to orchestrate the looting. The result? Nearly R15bn flowed out of the power utility to Gupta entities, says Zondo.

The judge recommended criminal charges be filed against former Eskom CEOs Brian Molefe and Matshela Koko, former CFO Anoj Singh and some members of its 2014 board. The crimes they are accused of are serious. As Zondo stated, they were stealing the assets of the people of SA.

Outside SOEs, Zondo lists other areas where, through Zuma, the Guptas removed people who opposed them and appointed their people. This included replacing Themba Maseko as CEO of the Government Communication and Information System, Zuma’s dismissal of Nhlanhla Nene as finance minister “for refusing to work with the Guptas or for not being prepared to approve certain objectionable transactions or projects that President Zuma wanted him to approve”, and replacing Ngoako Ramatlhodi with Mosebenzi Zwane as minister of mineral resources and energy.

Zondo says the latter should face charges for his role in various nefarious schemes, including the Free State government’s R1.3bn housing and R37bn Estina/Vrede dairy farm scams. So pleased were his masters with those schemes that they promoted Zwane to minister of mineral resources.

It’s clear that cadre deployment needs to be entirely rethought as it promotes incompetence and is open to corruption.

There are two streams of recommendations in Zondo’s reports: to prosecute those implicated and to set up structures and processes aimed at preventing corruption in the future. Both are equally important.

On the latter, Business Leadership SA (BLSA) fully supports Zondo’s recommendation that senior appointments at SOEs cannot be left in the hands of politicians and that an independent body be set up to execute this function.

Ensuring that SOE executives are selected through an independent process will have the added benefit of ensuring people are hired based on their qualifications, experience and competence, not their political affiliation. That will also improve productivity as well as the quality of service that those SOEs are mandated to provide.

BLSA also fully supports the “overarching” recommendation that a national charter against corruption be adopted by the government, the business sector and relevant stakeholders and that an independent public procurement anticorruption agency, including a council, inspectorate, litigation unit, tribunal and court, be established. We’re impatient to begin working on these structures.

In his latest report, Zondo also makes it clear that it should be a crime for government officials not to do their due diligence.

These measures will not only make it far more difficult for crooked politicians to steal from the public, they will also go a long way to improving the state’s capabilities. Indeed, they should be a prerequisite for government’s planned national implementation framework towards the professionalisation of the public service.

It’s an ambitious goal to transform the public service from its dismal state of being largely incapable of delivering services to the public into an efficient one with the required expertise in key positions. Such a public service would act as a springboard for economic growth as businesses would be able to perform to their capacity and not be held back by state inefficiencies.

The capacity of the state has long been highlighted as one of the key risks to the investment outlook for the country. Through the professionalisation programme, President Cyril Ramaphosa has committed himself to staffing the public service with people “who are professional, skilled, selfless and honest”.

Why then is Mosebenzi Zwane still chairperson of the parliamentary committee on transport?