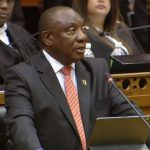 Business was hoping a greater sense of urgency and a stronger commitment to accelerating the energy market reforms and the infrastructure rollout.

President Cyril Ramaphosa made some encouraging announcements in his state-of the nation address on Thursday but there were also some missed opportunities.

He did not chart a particularly new course – which is probably commendable – but what business was hoping for was a greater sense of urgency and a far stronger commitment to accelerating both the energy market reforms and the infrastructure rollout. Business was hoping for a “big bang” announcement of ways to break out of the inertia that seems to be bogging down both these elements that are so critical to an economic recovery.

No recognition was given to the core problems that are delaying the rollout of infrastructure projects. Research commissioned by BSLA found that there is still not enough expertise in the field of large infrastructure projects in the correct areas of government while its systems and approval processes are cumbersome and unnecessarily complicated because they require input from numerous different government departments. Those are the main factors that have been impeding progress since the president took office and announced a firm commitment to reach the National Development Plans goal of investing 30% of GPD annually. Unfortunately, since then, investment levels have been declining, with gross fixed capital formation of just 15% of GDP in 2020.

The President did make solid progress in other areas, however, particularly with his reactions to the Zondo commission’s reports and the expert panel’s findings on the unrest of July last year.

His emphasis that it is the private sector that creates jobs and his moves to ease pressure on the small business sector were also very encouraging. First, he announced a redesigned loan scheme for small businesses which will involve development finance institutions. Second, he stated that red tape hampering business growth should be eliminated, something he has wanted to do from the beginning of his presidency. This time he is building a “red tape team” within the Presidency that will be headed by Sipho Nkosi who is respected in the business community as the chairperson of Sasol. He was previously CEO of Exxaro and president of what was then the Chamber of Mines of South Africa. Importantly he is chairperson of the Small Business Institute. Nkosi’s appointment has already been hailed by the Minerals Council as it believes that he will remove unnecessarily complicated hurdles that have impeded investments worth billions of rand. In addition, the President said that government is reviewing the Business Act, 1991 (Act 71 of 1991) – alongside a broader review of legislation that affects small, medium and small-enterprises (SMMEs) – to reduce the regulatory burden on informal businesses.

He also provided an important update on the drive to build a capable state, saying government would soon be finalising a framework for the professionalisation of the public service. Importantly, this will include tighter measures for the recruitment of public servants as well as continuous professional development. Improving the capacity of the public sector is vital to our long-term development.

BLSA notes that the President prioritised the country’s SOEs in his speech, stating that their decline must be reversed through a new SOE holding company. The Presidential SOE Council has recommended that government adopts a centralised shareholder model for SOEs to manage state asserts in a way that protects shareholder value and as part of this, preparatory work has started for the establishment of a state-owned holding company to house strategic SOEs and to exercise co-ordinated shareholder oversight.

It’s a bit concerning that President Ramaphosa did not mention anything new in terms of the disbursement of the $8.5bn pledged at COP26 towards SA’s just energy transition, merely repeating the announcement of the appointment of former Absa CEO Daniel Mminele as head of the presidential climate finance task team, although we certainly welcome  Mminele’s appointment as we feel it will bring transparency in terms of the allocation of funds and the monitoring of spending.

We would like to have learned more about the composition of that task team, and we are hoping that this will happen soon. When the pledge was announced, the political declaration also provided for a task force to develop a programme of work and BLSA called for this task force to be inclusive, with representatives from all spheres of society. We hope business, labour and other social partners are fully included in the decision-making process and, critically, there are strong measures imposed to combat the ever-present threat of corruption.

What is clear from the Sona is that key functions are being centralised in the Presidency, for example, the just energy transition, intelligence, the cutting of red tape and putting the SOEs’ shareholder in one place and thus making the SOEs hard to capture. Given President Ramaphosa’s intentions to address the immediate crisis facing SA, this is an important and practical step. However, under a less benevolent presidency this measure would probably be seen as intimidating. Where the President displayed strength was in his response to the expert panel’s report into the July unrest. Promising changes in key positions within the security cluster and the recruitment of 12,000 new police personnel, he quoted some of the report’s jarring conclusions. These included that there was an unequivocal failure of the country’s police and intelligence services, that the “internal differences” and factional fights in the governing ANC contributed to the carnage and these squabbles should be viewed as a national security threat.

He said: “The report on the July unrest says Cabinet must take full responsibility for what happened. We accept this and take the responsibility.”

That, however, swings attention firmly back onto the National Prosecuting Authority and the doubts about whether it has the resources to deal with the slew of anti-corruption cases that need to be successfully prosecuted.

BLSA is firmly committed to supporting prosecution processes and capacitating the NPA and we are assessing ways in which we can do so without compromising any ethical considerations. We believe there are ways to achieve this and we’re hoping for fruitful engagement on this issue.

The President did not go into the other set of Judge Zondo’s recommendations which BLSA believes will go a long way in preventing future corruption but he has said he will address them once the third and final Zondo report is submitted. These include that a national charter against corruption be adopted by government, the business sector and relevant stakeholders and that an independent public procurement anti-corruption agency, including a council, inspectorate, litigation unit, tribunal and court, be established. Other measures are aimed tightening up processes around state tenders and the appointment of executives to state-owned entities.

Accountability and strong anti-corruption mechanisms need to be integral features of the country in the years ahead and efficient implementation of all Judge Zondo’s recommendations will send an important message that the days of impunity are behind us.