Resetting business priorities as we rebuild the economy 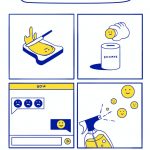 As this horrible year winds down to its close, we had better get our priorities right if we are to emerge from this economic crisis.

As we draw the curtain on a year that historians across the globe will describe as “annus horribilis”, SA is going to have to urgently focus on the fault lines in the economy.

We entered the Covid-19 crisis in yet another recession and have been one of the most severely affected countries economically. If we are to emerge from this once-in-a-century crisis, we had better get our priorities right.

Ours is an exhaustive list of concerns. At a workshop last week that Business Leadership SA held with the World Economic Forum, we discussed everything from our poor education, job creation, improvement in governance in both the public and private sectors and inclusive growth.

In truth, these factors form the basis of the structural reform that SA has long promised to undertake to recast an economy that has been floundering for the best part of 10 years. We may have the blueprints, but as I said in a recent column, it is time for implementation or, at the very least, to deal with the impediments to real action and less rhetoric.

With an economy set to contract 7.2% in 2020 according to the latest government estimates and our credit ratings sliding ever deeper into subinvestment grade, SA faces the choice of either drifting in choppy waters for years to come or to set a course for our economic revival.

In setting the course, by which, I mean dealing with our priorities, business finds itself dealing with a strategic constraint. As corporate citizens we’ve found ourselves not being allowed to take on any administrative role in trying to effect change.

Historically, I know that there’s been hostility in relations between business and government, peaking in the administration of former president Jacob Zuma.

While the climate has certainly changed for the better in recent years, a wariness persists to this day in some quarters. It’s not helpful to cast blame on any side but in reality, this suspicion of each other has served to limit what business can do to change the trajectory of the country.

It also feeds into a growing sense of frustration, which are the hallmarks for the crisis in confidence that has become a chronic condition. With business’ hands tied, society has become increasingly more dependent on the state.

When you look at the key things that need to be fixed, namely the reforms that I’ve spoken about for what seems years now that are needed for both internal and external investment, they all require some form of government intervention.

But we know that the state alone can’t deal with the required structural reforms. There have to be trade-offs between the state, business and other social partners if we are to successfully rebuild this economy. Reliance on the state alone is a recipe for conflict of the sort seen in the most recent SABC restructuring that serves only to further delay an already delayed exercise. As a participant at the workshop commented: “Everyone must be part of the solutions, so there will be trade-offs.”

Improving communication lines between social partners and the state is essential in the economic recovery and much effort needs to be invested in this. While transparency and open lines of engagement are certainly priority areas to rebuilding the economy, there were other areas of focus in our discussions last week.

Energy supply was also a focal point as “there is no economy without electricity”.

The liberalisation of SA’s energy sector could also open up opportunities for small business participation and for big business to contribute to energy supply stabilisation.

An important element of this is enabling businesses to generate their own power and distribute excess energy into a “trading platform”. This would enable mining companies as well as property developers and others to become energy players while new industries that developed from the liberalisation would generate new value chains that could support small businesses.

There’s certainly more of a role that big business can play and as Business Leadership SA chair Nonkululeko Nyembezi said, in boosting the potential of small business, we can make a huge effect. BLSA members have committed to paying their small business suppliers within 30 days, which was very important for their sustainability.

In boosting prospects for small businesses, which must form a key element of any economic recovery, a senior executive at one of the country’s leading miners said the state should ensure they benefit from its infrastructure-led recovery.

Given the fiscal constraints, there are opportunities for the private sector to play a leading role with the state rather playing an enabling role. We need to ensure that this is done in an inclusive manner, using the infrastructure drive to develop small businesses.