Home » Latest news » Ministerial agreements should be about accountability

Ministerial agreements should be about accountability 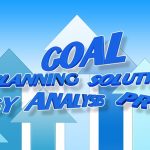 By Busi Mavuso
To ensure that the government delivers on its goal to unlock long-term and sustainable growth, it must make sure that its ministers and other senior leaders are held accountable.

We can’t rebuild the capacity of the state without holding political office bearers and public servants to greater levels of accountability.

Put simply, if we can’t ensure that ministers and other senior leaders in government aren’t held suitably accountable, President Cyril Ramaphosa’s reform agenda that hopes to unlock long-term and sustainable growth has little chance of success.

Our need for greater accountability was best illustrated with a recent presentation by the department of mineral resources & energy on mineral rights. The mining industry has had problems with the department not granting prospecting and mining rights timeously since 2004, when the Mineral and Petroleum Resources Development Act was promulgated.

Executives are frustrated with the process. In the past 17 years, 60% of the 400 applications to have mineral rights transferred have not been granted and there are an astonishing 238 applications awaiting ministerial approval. A Business Day editorial last week called this “incomprehensible”. I couldn’t agree more.

These transfers are essential to deal flow in the mining sector, whose importance came to the fore yet again in the recent budget. The importance of the mining industry to the country’s economic prospects was evident in just how an upturn in the commodity cycle — long may it last — helped offset some of our fiscal pressures, providing a much-needed reprieve. The higher revenues from miners took the possibility of tax hikes off the finance minister’s table.

There have been some positives in the mining industry. In August 2020, the department withdrew a supreme court appeal against a high court order that allowed companies to maintain their BEE ownership at 25%, instead of topping up to 30%, when mining leases are renewed or mineral rights are transferred, according to News24.

That restores some certainty to the industry. The department has also empowered Nersa, the energy regulator, to issue licences for self-generation of power of more than 1MW without ministerial approval. And the reform of the energy sector is under way, albeit very slowly.

But delays such as those over mineral rights from as far back as 2004 can no longer be the norm. Ramaphosa’s office is going to have to properly monitor and track the performance agreements he has signed off with cabinet.

There has to be consequence management for not meeting targets that have been set for the end of his first term in 2024, especially for economically sensitive departments. Where timelines seem inappropriate in terms of the complexity of the task or the urgency of the reform, it should be called out.

The use of performance agreements is a positive move that will hopefully entrench accountability. It was a piece of legislative reform first introduced by former president Thabo Mbeki’s administration. Given the collapse of governance and the assault on the integrity of many of our state institutions and state-owned enterprises, it’s not surprising that the policy was abandoned by his successor, Jacob Zuma. That is yet another reflection of his administration’s shortcomings.

The performance agreements are a tool that should be used transparently by the presidency to ensure greater service delivery. They should also underpin any future cabinet reshuffles, as is the norm for a well-functioning democracy.

Business Leadership SA particularly likes the explicit nature of the agreements. They include nationally urgent goals such as GDP growth of 2%-3%, getting the unemployment rate down to 20%-24%, creating two-million jobs with a focus on youth, and getting investment to reach 25% of GDP by 2021, with the public sector contributing 8% of GDP and the private sector 15%.

Then there are more specific targets. The department of public enterprises has the task of unbundling Eskom and, along with the department of mineral resources & energy, of improving the electricity supply. The targets become more specific down to a level of detail that, from the government, is most refreshing.

It’s important, however, to bear in mind that without meaningful collaboration with business, those nationally urgent targets will not be met. An economy can only expand if businesses are growing, thereby paying more taxes and hiring more people. This means our unemployment rate will not improve if business conditions don’t get better.

Such improvement requires a conducive policy environment. If business owners are confident about the future, they will invest more into the economy because they believe that will increase their returns. That in turn attracts more foreign investment. It’s a virtuous cycle.

What I’ve often said about the SA story is that we don’t need new economic and social plans. We are well versed in defining our problems and laying out the solutions, the latest being the president’s Nedlac-endorsed economic reconstruction and recovery plan.

What has let us down is the lack of implementation. The surest way to overcome the challenge of execution is for us to hold ministers and senior public servants to account.

The performance management agreements and the moves to professionalise the public service are two important steps in the right direction. We hope they will be carefully monitored — we cannot afford these to also wither away without being implemented.