Lockdown, the only intervention …

POSTED ON: March 26, 2020 IN Employment, Political economy, Politics by Admin 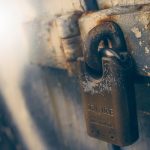 Tonight we head into a first in South Africa’s young history, with the entire population being placed under lockdown for our greater good.

Tonight we head into a first in South Africa’s young history, with the entire population being placed under lockdown for our greater good. For many, this period of 21 days of domestic confinement heightens our anxieties about our shared future. This is understandable given the sight of army deployments across the country, which to some is a throwback to decades past.

It’s rather dramatic but solid in that we are acting before the first local death from Covid-19 and at a much earlier case load than when other countries took such action. Our night doesn’t seem as dark and for that we must give credit to the clarity of messaging.

Over the course of our young history as a fully democratic nation, this is its greatest test and the leadership of the President Cyril Ramaphosa along with his health minister has been exemplary. We’ve often called for strong leadership to drag us back from the depths of the “wasted nine years” and as the clock ticks towards Thursday midnight, we can all now say we are being led.

Long may it continue, as there are many challenges ahead. The one we face today is our Kilimanjaro.

What else can one call such a period, where the president has to choose a path that will in all likelihood drive his country towards a deep recession? The lockdown adds severe downside slippage to GDP forecasts and there is a strong risk that it will have to last longer if it only proves partially effective. This decision was not taken lightly, we understand that, and as business we will play our part in carrying the weight of its ramifications.

As Business Leadership South Africa, we are firmly behind the government in crisis and this is a moment that requires all of us to respond with similar decisiveness and a sense of solidarity. This epidemic can be brought under control, but it comes with an unavoidable cost far exceeding any economic shocks to the system. Having said that, we appreciate the provisions made for businesses, which will be negatively affected by the virus.

We welcome the flexibility being afforded to the financial services sector and banks in particular to develop collective responses to the crisis. We urge all businesses to abide by the call to avoid rent seeking and the general exploitation of the situation by those businesses that will remain open during the upcoming three weeks. We’ll mobilise all possible resources for the Solidarity Fund, appealing to every individual and company to contribute.

The call on fiscal resources is very limited at this stage – understandable given the state of the national purse. However, the severity of this crisis may increase pressure on the National Treasury to do more to stimulate the economy.

The Solidarity Fund, being run by the private sector, is being seeded with R150m of fiscal money plus R2bn from the Rupert and Oppenheimer families. The existing Temporary Employee Relief Scheme will be used to extend relief to companies and prevent layoffs. Similarly, sick pay will be paid through the Employee Compensation Fund.

There’ll be a great economic cost to the lockdown. According to Intellidex economist Peter Attard Montalto, GDP will be meaningfully suppressed for the period and, combined with global demand shocks, could pull GDP shrinkage this year to much lower than the initial estimates of -2.3% that were based just on the travel ban.

It’s not quite the report card we’d be hoping to take into a week where Moody’s Investors Services may possibly make a call on our sovereign credit ratings. A reduction by one notch, as I am sure everyone is aware, will push us into the full-blown “junk” status. Our economic fundamentals outside the impact of this epidemic point to this unavoidable truth.

What we should all hope for is that the as-yet unknown ramifications of Covid-19 around the world will be cause for a stay of execution from Moody’s. To reduce our rating at this juncture would be to cast the South African economy into a deeper abyss, with our currency over the past month alone weakening over 17%. Government’s assured response to the crisis, I’d imagine, could also provide some cause for respite.

Whatever comes from Moody’s on Friday evening, the only certainty we have at this point is that the tests for our country are only going to get more difficult. While the initial lockdown is for three weeks, ending it may be problematic if it is proving to be having only a partial effect. There are growing concerns about the onset of winter.

Often, we talk of the need for a better social contract being struck between government, business, labour and civil society. This challenge will be overcome only if it is a lived experience. We’ll emerge from this crisis only if, collectively, we take responsibility for our shared future.

This article was first published in Business Report on 26 March 2020.