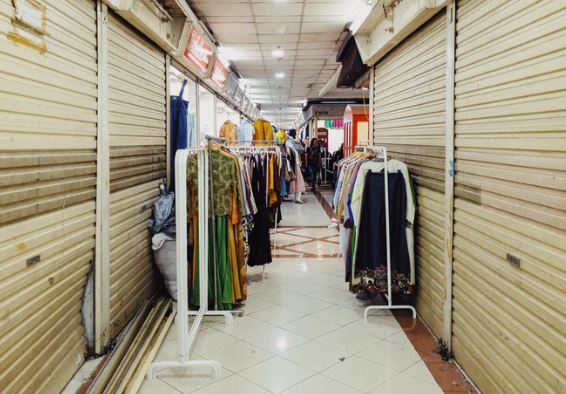 Extraordinary times: Patel on phased approach to reopening the economy 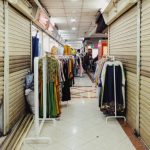 Government’s main aim is to ensure it takes “responsible steps” in reopening the economy in stages, trade and industry minister Ebrahim Patel told business leaders in an online conference organised by Business Leadership SA yesterday. He also addressed the issue of why some seemingly bizarre trade restrictions were in place and why there were not more exemptions.

“My day job is getting businesses to run, to expand markets. Counterintuitively, this is now curbing those functions,” he said, adding that government recognised that the measures implemented so far were only a partial response to the massive hardship being caused to people and businesses.

“These are extraordinary times,” Patel said. “The price of oil at one stage entered negative territory. There is no textbook or precedent on how to deal with the pandemic and we’ve had to develop policy responses on the hoof, learning from others and our own actions.” Science was leading SA’s response to flatten the curve and protect the economy.

On why there were not more exceptions to trade restrictions, he said: “Some decisions are complex in ways that are not always publicly communicated. Any decision to allow activity has complex vertical implications. Every new store that is opened increases the number of workers coming to work, consumers coming to the store, suppliers restarting their businesses, trucks delivering products. So a decision on one end has an effect right through these integrated supply chains.”

Each decision also had “complex precedent-setting implications”. Allowing a grocery store to sell computer components, for instance, which was evidently the right thing to do from a consumer perspective and when looked at narrowly, “sets a precedent that opens us up to being accused of being irrational. If you allow one company to sell a product, others want to do the same”.

Patel said he had received more letters from law firms and companies’ legal departments in the past few weeks than he had in the past three or four years. “So when we allow a retailer to sell cooked chicken it is unfair to every takeaway outlet and creates a legal precedent that allows every takeaway to demand to reopen. “These are the challenges countries are facing all over the world.”

Emphasising that President Cyril Ramaphosa would provide more detailed presentations this week on a “risk-adjusted” approach to reopening the economy, Patel did not give details on which sectors would be reopened and when, but rather explained the rationale driving government’s strategy. The presidency subsequently issued a statement saying Ramaphosa would address the nation this evening but did not specify a time.

Patel said government recognised that “we’re in it for the long haul”, with scientists saying the high point of contagion may be only in early September. “So we are looking at a six- to eight-month plan. We can’t keep the entire economy locked during that period and we’re developing a clear path to opening up the economy.”

In doing so, government was developing a system enabling it to assess the risks at national, provincial and local government levels, taking into account the spread of the virus and the readiness of healthcare systems at each level. Restriction of movement would be calibrated with the level of risk.

After the first phase of a “hard lockdown” to understand its spread, “now we move to a more risk-adjusted approach which we will do in a way that doesn’t undermine the benefits of the initial lockdown”.

Government had undertaken careful analysis of different sectors, assessing the risk of spread in the entire sector as well as the capacity within enterprises to be “Covid ready”. Government was developing a matrix to assess different sectors. Criteria included the risk of spread, the closeness of workers to each other, contact points and the contribution of the sector to the economy. It was also assessing vulnerable sectors, including the risk of permanent damage and closures.

“We will be introducing enhanced social distancing and public health measures, daily screening of workers, testing for Covid-19 in larger enterprises and so on. Some of this will require companies to reorganise their workplaces.”

Government would also be sending teams to get workplaces ready. For example, in manufacturing, it would look at where processes are needed to be re-engineered for social distancing. “Some workers will get infected over the next months. If possible, the team will work to isolate and close the section where the infected person works rather than having to close the entire factory. We will have a more flexible, agile set of available responses. In areas of high risk, restrictions will be more onerous.”

“We’re looking at phased returns where a few workers come in and we test the system for a few days, then we open up more.”

He invited feedback from businesses on what they were seeing in particular value chains and also to provide practical measures that could be taken.

Asked if there would be a post-Covid shift in industrial policy, Patel responded: “Absolutely. Industrial policy will have to be more targeted. We will have to revisit the way we think about the effects of the pandemic. It’s not a short-term problem. This is causing us to rethink in deep and profound ways so much of what we are doing.”

“There are huge opportunities. One thing coming from the rest of continent is the recognition that we need much larger industrial capabilities because in this crisis we’ve seen shortages emerge and countries holding things to the detriment of neighbours.”

He stressed an emphasis on innovation. “We now know that in an integrated world the biggest risk is if you don’t have resilient systems for events that you can’t plan for. If we knew what the risks were, we could prepare. We now have to prepare for risks that are unknown. So countries that invest strongly in innovation and flexibility will deal with things better.”

Patel also outlined the steps taken so far to combat the virus.

The first phase was a “hard lockdown”, he said, and we’re now moving to a more risk-adjusted approach so that easing restrictions does not undermine the benefits achieved so far from the lockdown. He broke down the interventions into 10 steps:

Patel emphasised that this was not a cyclical challenge. “Responses have to be calibrated with something that is not normally in economic cycles. I understand that every sector wants their concerns considered. We have to consider the national interest – where do we get the highest return from the lowest risk.”