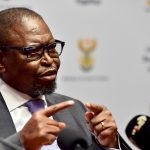 The increased allocation for infrastructure development aims to address an urgent overall need of improving the efficiency of the economy.

In our talks with the government, business always strives for a holistic approach to SA’s problems in which all relevant factors are integrated. In that way you are best able to arrive at the best potential solution for the country, not that we always do.

Unfortunately, there is often a tendency to assess each policy or economic intervention in isolation. And with so many pressure points on our society and economy, many policies, when presented in isolation, make a compelling case and often get the stamp of approval. Until, that is, they all land up with the National Treasury and leave the finance minister with the perennial headache of not having enough in the kitty to fund a growing wish list of expenditure. This while GDP growth, and hence government revenue growth, is constrained.

With the medium-term budget policy statement due end-October, finance minister Enoch Godongwana already has to contend with requests for extra funding from SAA, Denel, Eskom (R2bn for additional maintenance) and the Post Office, which would total about R7bn. Then he needs to find about R45bn to extend the social relief of distress (SRD) grant to end-2024.

More permanent demands include public sector wage increases and possibly R300bn a year for a basic income grant (to replace the SRD), while rising debt service costs will add about R9bn to the bill. Pressure is also ratcheting up to increase funding for university education, while the minister announced last week that allocations for public sector infrastructure spending had increased 30% to R812.5bn for the next three years from the R627.2bn that was allocated in the medium-term budget at end-March.

While the amount is still to be announced, the government has confirmed that a portion of Eskom’s debt totalling almost R400bn is to be transferred to the state’s balance sheet. However, this extra cost for the state is a productive one as Eskom will be able to access cheaper funding for maintenance and possibly even invest in desperately needed infrastructure upgrades. If things were just left to go on as they are Eskom would need to take on increasing amounts of new debt just to keep operating, and that would lead to a complete financial meltdown, with disastrous financial consequences for the state. That is why it is said Eskom is a monopoly that is “too big to fail”. Taking on that debt averts a greater fiscal cost further down the line.

In the context that the debt transfer helps to address the most urgent national crisis, a secure energy supply will have a tremendous impact on productivity and enable investment into the economy, and in turn facilitate job creation. No entrepreneur will risk money to build a new factory, for example, if they know they face power cuts indefinitely into the future. A secure and competitively priced energy supply will benefit the entire economy.

Similarly, the increased allocation for infrastructure development aims to address an urgent overall need of improving the efficiency of the economy.

Business believes the more stressed an economy is the more important it is that “productive investment” should be the guiding criterion for budgetary allocations. The question to be asked should be, what positive impact will this capital have on economic growth, job creation and society? It is common cause that only sustainable growth will fundamentally change SA’s socioeconomic trajectory.

Another important aspect of budgeting is assessing the linkages of how the consequences of one policy will affect others so that through careful planning the best potential outcome can be achieved. One area where we would like to see additional funding is for the National Prosecuting Authority (NPA) and Hawks so that they can, as speedily as possible, re-establish accountability and the rule of law in accordance with the recommendations of the Zondo state capture commission.

The benefits from that include a more attractive investment environment. It would even help SA to extricate itself from likely greylisting by the Financial Action Task Force, the intergovernmental global money-laundering and terrorist-financing watchdog, which, unsurprisingly, points to weaknesses in investigation and prosecutions as some of the largest challenges SA faces.

One of the reasons SA is likely to be placed on the grey list, which will increase the cost of doing business internationally, among other repercussions, is that despite so many of the corrupt activities of the Gupta family and its state acolytes during the state capture era being exposed widely by investigative journalists there has been few prosecutions. In that context, more funding for the NPA would be a productive investment.