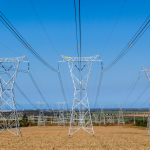 There’s no way of attaining healthier growth rates without dealing with the elephant in the room – our lack of electricity capacity to meet the demands of this economy. Only that way can we become richer as a nation.

We have long advocated that the years of problems we have had with electricity supply have been a binding constraint on economic growth and therefore job creation and the importance of a secure electricity future will again be highlighted this week with the release of the second-quarter GDP figures. These are expected to show us further evidence of the economy’s continued rebound from the ravages of last year. One can only imagine how much stronger the rebound would have been had we not had a bout of load shedding in conjunction with an unavoidable increase in lockdown restrictions in June as we faced the third wave.

From expansion of 1.1% in the first three months of the year, some economists have placed their forecasts for growth in the quarter to end-June between 0.5% and 1%. The figures aren’t inspiring, especially considering that the GDP figures for the third quarter will be shaped by level four lockdown, the civil unrest in July and a cyberattack on Transnet that affected its port operations.

To say our economic growth prospects have dimmed in the wake of these developments, as a recent Bloomberg report warned, is truly an understatement when I consider a jobless rate that is the highest of the 80 economies tracked by Statistics SA. However, as gloomy as the streams of data are set to be in the coming months, there are areas in which we can take greater control of our prospects. Ensuring secure electricity supply after about 13 years of instability centred on problems at Eskom , a monopoly of generation , transmission and distribution  is where there’s been much regulatory progress this year. We can’t relent.

As part of the country’s economic reconstruction and recovery in the wake of the pandemic, Finance Minister Enoch Godongwana told the Business Unity of SA annual general meeting that the state was working to strengthen the security of supply, including the unbundling of Eskom into three separate units, while implementing a just energy transition towards a low-carbon economy. “These developments pose serious policy questions about the future of the electricity supply industry,” he said. “This will effectively introduce competition in the sector.”

We support these measures by the government, the plans for which were drafted long ago been and just required the conviction to implement them. Simply put, Eskom is a monopoly so we have all our eggs in one basket, and when that basket doesn’t function properly, we are all in trouble.

As we focus on building generation capacity in the medium to long term, we have much invested in the health of Eskom to reduce the frequency of load-shedding that has dampened our growth prospects for over a decade.

Last week, the parastatal released annual results that were marginally better than expectations and it managed to contain primary energy costs and employee expenses. These were positive steps, but costs were also kept in check by slower investments – and this is investment that is very necessary when you consider Eskom’s ageing fleet of power stations in much need of upkeep to avoid further load-shedding.

The results failed to ease frustration from investors seeking clarity on reaching sustainability of Eskom’s balance sheet, especially when you consider the bill facing the company in its just energy transition. That will have to incorporate decommissioning costs, social support plans and, most importantly and most expensive, transmission grid strengthening. All these are likely to come in well over ZAR300bn over the long term. Yet its debt already sits at about R400bn.

This is clearly not a sustainable position. Eskom’s future plans are hobbled by a debt burden exacerbated from the era of state capture and, by extension, so too are South Africa’s.

The government as sole shareholder has to make a call on Eskom’s balance sheet. Deputy Finance Minister David Masondo has raised the prospect of an eventual partial listing of the 98-year old company on the JSE. Given its financial position and corporate structure – let alone the difficult politics that any such step would have to circumvent – that seems a unrealistic, distant and unlikely prospect.

Whichever the path we choose, we must ensure it is one that takes us towards a secure electricity future and as a result a higher economic growth trajectory. As Godongwana reminded us, the South African economy has grown just over 1% for almost a decade in an environment when population growth averaged 1.6 %.  “The result has been a decline in per capita income. In other words, we have become poorer as a nation.” It is no coincidence that load shedding started just over 10 years ago.

There’s no way of attaining healthier growth rates without dealing with the elephant in the room, our lack of security of electricity supply at competitive pricing to meet the demands of growing this economy.  Only that way can we become richer as a nation and as citizens.