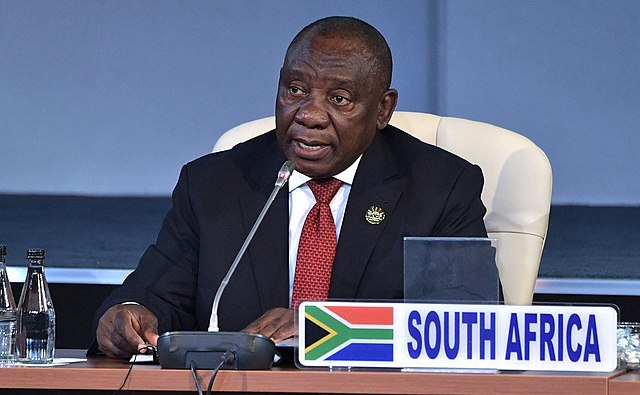 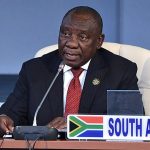 President Cyril Ramaphosa’s administration took its most significant steps so far in its structural reform agenda in liberating the energy sector and selling 51% of SAA.

Over the span of just one week, President Cyril Ramaphosa’s administration took  its most significant steps so far in its structural reform agenda.  The decision to further liberate the electricity generation space and the sale of a majority stake in the long-ailing national airline, SAA, shifts the dial and will boost confidence levels in the state’s commitment to actually deliver on its reform agenda.

The steps should be lauded and add much-needed impetus to the economic reconstruction and recovery plan that government, business, labour and civil society agreed to in October last year.

As I’m writing this piece, we are yet again in a period of load-shedding. We’ve had two weeks of power disruptions as generation capacity reaches its limits due to higher demand and operational challenges at Eskom’s coal-fired plants, as well as at the usually reliable nuclear plant, Koeberg, where a 900MW generating unit has not been operating since January.

We have often pointed to the lack of a sufficient, reliable energy supply as being a binding constraint on economic growth and job creation and hence the need to urgently introduce new generation capacity. The decision to increase the embedded generation threshold to 100MW is a game changer in the country’s 13-years of struggle with an electricity deficit.

Eskom’s energy shortages have had a crippling effect on the economy’s ability to expand and has been a major obstacle to investment. We estimate that the economy was losing about R700 million a day from load-shedding pre-crisis and is losing slightly less now. This means our already unacceptable unemployment levels continue to increase.

The Department of Mineral Resources and Energy had laid out plans to limit the licence threshold for own-power generation to 10MW. The President’s decision to take that threshold to 100MW and to ensure the “t’s” are crossed and “i’s” are dotted within 60 days opens the gateway for a flood of new investments in both energy generation and further downstream in the economy.

It is an excellent starting point, and from South African miners alone there’s the possibility to bring on board an additional 1.6 gigawatts of largely renewable and private sector funded embedded generation projects that are already in planning phase. One gigawatt of energy could realistically power 300,000 of SA’s almost 15-million households, according to Statistics South Africa.

The Minerals Council South Africa’s initial estimates are that the development could lead to additional short- and medium-term investment by the industry solely in embedded generation projects of around R27 billion. This type of investment has the potential to raise South Africa’s overall growth rate and create much needed jobs.

Outside of its positive growth effect, the increase in embedded generation capacity will give Eskom the space for its much-needed maintenance to enable the utility to rebuild a reliable fleet of power stations.

With regards to just how fast the additional energy can come on board, we don’t expect the relief immediately. But over the next 18 months – as long as this is expedited as promised without compromising the integrity of the process – we are likely to see the introduction of renewable projects that will reduce our reliance on fossil fuels.

As Africa’s sole representative at the G-7 meeting in the United Kingdom over the past week, President Ramaphosa has a good story to tell to the world’s leading democracies on our journey towards a cleaner energy future. He is sure to have fielded many investment enquiries in that space.

On the policy front, the developments brought to mind a famous quote from Vladimir Lenin: “There are decades where nothing happens; and there are weeks where decades happen.”

While we welcomed news on the electricity breakthrough, the state also managed to sell a majority stake in SAA. Billions of taxpayers’ money had been poured into the airline over the past decade, the latest being the R10.5 billion allocation in October for its business recue process, which led to a shifting of the national budget by Finance Minister Tito Mboweni. We had quite literally run out of options.

The state’s sale of a controlling stake brings to an end 18 months of uncertainty after the airline went into business rescue in December 2019. While all the details are not yet clear and a due diligence is still under way, the consortium will invest about R3 billion into the venture, not the state, meeting a promise of both Mboweni and Department of Public Enterprises Minister Pravin Gordhan.

The partial privatisation will send positive signals of a pragmatic approach to dealing with troubled state-owned enterprises such as SAA that do not hold strategic importance. It is the sort of approach that may in the long run reduce the sovereign risk that many of our SOEs have become. That in turn will reduce pressure on the fiscus, allowing some space for more expansionary policies. We will keep a watch on developments around Denel, an entity also in a dire situation.