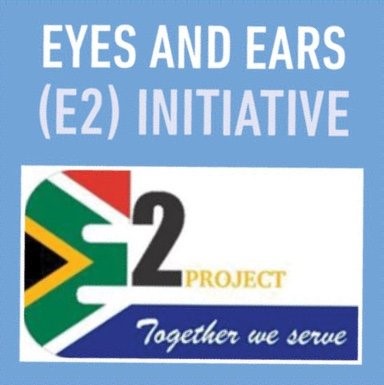 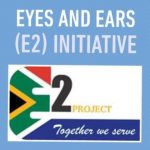 Business Leadership SA has hailed efforts by the Eyes and Ears initiative and Memeza crime-fighting project to tackle crime at non-fee-paying schools.

Business Leadership South Africa (BLSA) has hailed the continuous efforts by the Eyes and Ears initiative (E2), in partnership with the Memeza crime-fighting project, in its fight against crime that is wreaking havoc in our communities.

This collaboration has yielded encouraging results through a number of successes (crime preventions) during the past few months.
The eyes and ears initiative (E2), which is an official joint crime-fighting initiative between the South African Police Service (SAPS), BLSA’s subdivision, Business Against Crime South Africa (BACSA) and the Private Security Industry (PSI), has ensured that there is quicker response to crime incidents. It has also assisted in developing a stronger police presence across the country.

BLSA says initiatives like Memeza ensure that assets at schools are safeguarded and therefore potentially save millions of rands which would have been lost through theft, burglaries and vandalism. The right to quality education includes having a school where learners are safe and have adequate infrastructure and facilities to do so. We all know that due to high crime levels, this is not the reality for many learners in the country.

Memeza is a non-profit organisation founded in 2012 and works in partnership with The National Civilian Secretariat for Police and South African Police Service to develop technology that can improve response times and reduce crime, with a special focus on vulnerable, non-fee-paying schools, hard hit by ICT theft.

The police alone cannot always tackle crime that is ravaging the country, and therefore a united front against crime is crucial to ensure that all South Africans feel safe, and that at schools, effective teaching and learning take place.

As soon as Memeza becomes aware of any attempted robberies, the E2 network is activated. This assists with quick responses from the SAPS and the private security industry and this highlights the importance of this collaboration to stop criminals in their tracks, says the national project manager at BLSA, Fouché Burgers.

“We also appeal to community members to take ownership of their schools and strengthen the relationship with law enforcement agencies and private security companies to prioritise safety. Tackling crime at schools will make sure that leaners access their right to education without fear of criminals. If one witnesses a burglary or crime at school, they can report it anonymously to the police. One criminal arrested means one step to a safer South Africa,” says Burgers.

Crime and vandalism at schools is of grave concern since education directly affects economic growth. This is why BLSA is being proactive when it comes to crime prevention to improve the country’s economic prospects, adds Burgers.