State should use timely budget surplus boon to accelerate reform

POSTED ON: October 4, 2021 IN #EconomicGrowthSA, Economic policy by Admin 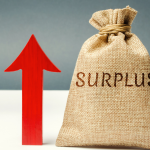 The news of the surplus is positive and more importantly, it helps regain some credibility in markets for a Treasury that has taken a knock in recent years.

The slide of our sovereign credit ratings into sub-investment grade over the past decade has been driven by an underperforming economy weighed down by an electricity deficit, state capture and falling confidence levels from both business and consumers. To have any hope of regaining our investment grade ratings, this placed significant pressure on National Treasury to reign in expenditure especially since Cyril Ramaphosa became president more than three years ago.

It’s been a tough battle, but this week we have seen some evidence of the impact of fiscal reforms as the country reported its first quarterly primary budget surplus since 2018, with spending having been brought in line to match revenue.

The state’s primary balance swung to a surplus of R9.8bn or 0.6% of gross domestic product, compared with a deficit of 2.2% of GDP in the first quarter of the year, according to the Reserve Bank’s Quarterly Bulletin. A primary surplus suggests the state can extract resources from the economy necessary to service debt. Treasury has shifted focus to make a primary budget surplus its most critical fiscal anchor, instead of a spending ceiling. At a tax conference last week, the acting head of the Treasury budget office said the state was on track to achieve a primary surplus by the middle of this decade.

While the boost from commodities is unlikely to be sustainable, it is certainly positive. If we are to reduce the cost of government debt and claw ourselves out of “junk” credit ratings as nations such as South Korea, the Republic of Ireland and Iceland have managed to do, we must continue along a path of fiscal reform. However, while this surplus should relieve some pressure, this is no time for any complacency for Treasury. On average, economists say, it takes seven years for a country to move out of sub-investment grade credit ratings. In the context of the Covid-19 pandemic that is still causing much consternation in the global economy and which has affected manufacturing across the globe, a swift recovery from last March’s fall into junk status is unlikely.

Nonetheless, the news of the surplus is positive and more importantly, it helps regain some credibility in markets for a Treasury that has taken a knock in recent years.

What has helped to improve our fiscal situation has been our long ailing mining sector that over the past 18 months has benefited from high commodity prices and a relatively weak currency, which has yielded much better-than-expected tax revenue to the fiscus. State revenue soared by 61% in the second quarter over the same period last year when, during the first hard lockdown, revenue declined by 25%. The upturn in mining’s fortunes has been a timely reminder of the importance of the “antiquated” industry that has long been weighed down by policy uncertainty, which peaked during the tenure of the now disgraced former mineral resources and energy minister, Mosebenzi Zwane. Imagine how much more we would have benefited  if polices were more conducive to miners investing in new mines in South Africa.

So just how should we read the improvement in our fiscal position?

Truthfully, as an economist commented on in one of the business radio shows this week, it’s been an unexpected gain that the state and the South African Revenue Services should use to enhance its revenue collection, expenditure management, accelerate reform and to foster a better growth environment. We can’t be sure how long the upturn in our fortunes will last as the global recovery remains fragile and many commodity prices have come off recent highs. The Organisation for Economic Co-operation and Development just last week warned of an “uneven” global economic recovery as it lowered its 2021 global growth forecasts.

Outside of unease about global growth, our economic rebound from last year’s catastrophic contraction has been hard hit by July’s unrest. We are yet to see our third-quarter growth figures but they will be affected by those four days of looting whose effects still linger. The post-lockdown recovery in employment has also lagged the recovery in economic activity, with the official unemployment rate increasing to a record of 34.4% in the second quarter. With the number of discouraged work seekers increasing by 3.3-million, the expanded unemployment rate – which includes those who did not search for work due to other reasons – has increased to 44.4%.

The data points are sobering: we have to accelerate our reform agenda. Ratings agencies have had two overarching concerns about our investment case: fiscal deterioration and our weakening growth prospects. These concerns have to be addressed to retain our fiscal sovereignty and they’ll be closely watching the medium-term budget policy statement by Finance Minister Enoch Godongwana in early November.

With debt at 73% of GDP (rebased), SA’s debt service costs are the second-largest item of government spending. For context, we pay more to service our debt than we allocate to important areas such as education or health. To address this we need to regain our investment grade rating as soon as possible and the government needs to remain laser-focused on cutting non-productive expenditure while ensuring that the reforms, including those to our state-owned enterprises are successfully implemented so that they no longer pose a threat to the fiscus as well as our economic recovery.