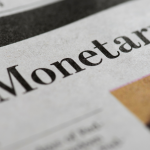 Inflationary pressures, if sustained, suggest that we should focus on fiscal and policy reform to ensure that our economic rebound from last year’s catastrophic collapse continues.

One of our greatest disadvantages as Covid-19 hit last March was that as a result of the so-called lost nine years, we were in very weak fiscal shape to react to the economic damage that would unfold in its wake. A decade of low growth, rising debt and falling confidence levels as tales of rampant state capture-led corruption dominated our national news headlines had weakened our fiscal position and triggered a slew of downgrades of our credit ratings into junk status.

Our immediate and only defence against the storm unleashed by the lockdowns was for the South African Reserve Bank to aggressively cut interest rates in unison with many of the world’s central banks. The four consecutive cuts between March and June last year were supportive of an economy that for lack of any other word was in shock. Monetary policy that is so often criticised for its conservatism stepped into the breach when it was needed. As inflationary pressures rise globally, it now looks like the window for further intervention is fast closing.

South Africa is not immune from global inflationary pressures with supply constraints starting to bite as global manufacturing lines recover from the pandemic. A combination of stronger inflation and uneven growth across the world has led to a loss of growth momentum, the Organisation for Economic Co-operation and Development warned last week. The agency has trimmed its global growth forecast for 2021 to 5.7% from 5.8% and expects inflation in G-20 economies to accelerate to 3.7% this year.

Against this backdrop, South Africa’s annual increase in inflation is higher than the midpoint of the Reserve Bank’s targeted range for the fourth consecutive month. At 4.9% for August, it’s beginning to look like there’s no room for any further easing of monetary policy.

Inflationary pressures, if sustained, suggest that we should focus on fiscal and policy reform to ensure that our economic rebound from last year’s catastrophic collapse continues. While 2020 began with our fiscal situation at a low point, the performance of the mining sector has boosted the coffers of the state at a very important juncture. In little over a month in the medium-term budget policy statement, recently appointed Finance Minister in Enoch Godongwana will have to tell a story of how the state will continue on its path of debt reduction while supporting our fragile recovery.

Last year his predecessor, Tito Mboweni, provided rather sobering commentary on the state of the fiscus, warning of the increasing possibility of a sovereign debt crisis, a future where we won’t be able to pay our bills. We’re not quite in such a dire situation yet despite the July protests that cost the economy an estimated R50bn, but we are certainly still in a very weak  position. Treasury is led by the goal of ensuring that within the next five years, debt does not go past the 95% of GDP mark and increase the risk of a sovereign debt crisis. In the past five years debt has jumped from 51.4% to nearly 77% of GDP and is projected to breach 80% for 2021.

While we hope Treasury stimulates our economic recovery efforts through measures such as supporting businesses most affected by the protests, the state should be vigilant as any slippage could lead us to a place where debt climbs higher than GDP. We can’t be complacent and expect the bounty from our mining sector to simply continue: fiscal discipline has to be a central tenement of Minister Godongwana’s term of office.

Treasury in partnership with the relevant ministries are going to have to reduce unnecessary expenditure items. It’s certainly a treacherous terrain, fraught with political ramifications, but we can no longer ignore an iceberg that we have the advantage of clearly seeing ahead.

Public sector wages, which have grown well above inflation over the past five years, made up 57% of overall state revenue at the last budget. We hope that government and labour unions can find common ground to address this structural problem in our economic system – outside the courts and without retrenchments.

The state can also make it easier to do business by removing needless red tape and ensuring stable and predictable policies. We need to avoid situations where industries have to turn to courts for policy certainty, such as the in the Minerals Council’s challenge to certain provision of the mining charter. The courts have now provided certainty, ruling that the minister lacks the power to publish the charter as a legislative instrument and confirming the once empowered, always empowered principle, among other issues. The uncertainty has kept the industry in limbo since the charter was adopted in 2018.

We can’t avoid fiscal reform: it is now essential for our economic recovery and essential for the future of our children. In the short term, positive fiscal measures will boost confidence while in the longer term they will turn us away from the abyss where debt outstrips GDP. Only by establishing credibility in the eyes of everyday South Africans as well as domestic and international investors in the management of our limited resources, can we begin to claw ourselves out of a crippling confidence crisis.

Fiscal reform alone won’t stimulate the economy but needs to be combined with other economic reforms already agreed to by social partners. If implemented successfully, the President’s economic recovery plan that was endorsed last October will work.

This column was first published in Business Day.
For related posts, click here.