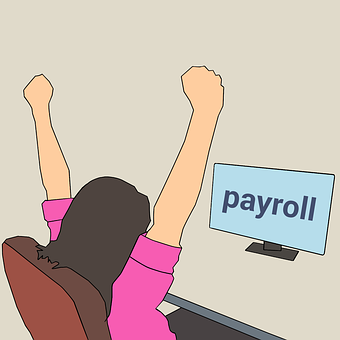 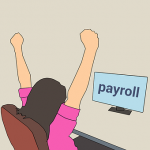 Given revenue pressures, the state, like every household, is going to have to look to reduce its expenses.

WHEN MOODY’S Investors Service cut our ratings into sub investment grade this year a relegation that at best could last as long as seven years there were a myriad factor that fed into its decision.

The faltering economy for much of the past decade as emerging markets lost much of their lustre was worsened by an electricity supply that had just proved its instability with a return of load shedding in December all accompanied by a crippling confidence crisis that had taken deep roots.

Over and above these economic factors that would prove damaging to any country’s prospects was wariness around the state’s ability to commit to and then actually deliver on the structural reforms that had long been highlighted, with the reduction of public sector wages being the most urgent and critical.

With the South African Revenue Services expected to report an under recovery of more than R300 billion and climbing, the public sector wage bill has become an ever more crippling expenditure item for a state hard pressed to find space to stimulate the faltering economy.

Whether a second wave of the coronavirus comes into being this December or a wave similar in nature to the one experienced in Europe and the US takes hold in our winter, the impact on state revenue will be worse as lockdown restrictions possibly return and government’s capacity for further stimulus has been exhausted.

Business for South Africa this week warned that any return of restrictions before the year’s end could lead to the loss of about 200 000 more jobs.

With revenues under pressures and likely to remain so until the pandemic is well under control globally and locally, the state, like every household, is going to have to look to reduce its expenses.

It’s most glaring expense is public sector wages, which now make up almost 60 percent of the Budget. It’s at a level where it quite simply squeezes out any room for the State to make any significant moves to stimulate an economy that is set to contract by 7.8 percent this year.

While we understand the sensitivity that naturally comes with dealing with wages in a local context of structurally high unemployment, as business we aren’t calling for job cuts in the sector.

It compared South Africa’s public sector to international norms and found that there is no optimal size for a public service, but as a result of the socioeconomic issues we face as a nation because of our history, it may very well be that we need a “reasonably large” sector.

What the report finds is that our public service is not large in per capita terms, but unusually well remunerated with no evidence of commensurate delivery and productivity.

Public sector wages in the country are higher than the average of 46 countries looked at by the International Monetary Fund.

Countries ranged from Bangladesh to Denmark and included countries from Europe, Africa, South America and elsewhere. Wage increases as a percentage of tax revenues in South Africa grew from 31 percent before the global financial crisis to 41 percent in 2009 10, in the face of global slowdown, and has stabilised at around 37 percent.

Our increase in wage costs from 2006 to 2019 outstrip the rate of economic growth and productivity. The average remuneration of public servants in South Africa is high by international standards and when compared to private sector employees and per capita gross domestic product.

Something has to give. Finance Minister Tito Mboweni used his 2019 mediumterm budget speech to warn unions that he would have to look at reviewing wage increase agreements previously set in a different economic environment.

A brave step and one we’d hoped would have bought us a stay of execution from ratings agencies and in particular, Moody’s ahead of its March decision. It’s a promise that perhaps came too late, but Covid19 and its economic implications have made it all the more urgent.

Negotiations with union leaders will be difficult, as they protest over the fact that it’s their members that are now appearing to be paying the costs of decades of maladministration and bailouts of stateowned enterprises because of corruption and incompetence.

The more than R1Obn to be spent on the business rescue plan afforded to SAA is a particularly touchy subject. Unions have also claimed that the growth in public sector remuneration has been driven by increases at the top.

This contradicts with the Intellidex report, which says the increase in pay has actually been fastest for officials on the lowest salary levels. It has been progressively slower higher up the hierarchy.

Reducing the public sector wage bill is a difficult but unavoidable task for the State, but is the only option as it tries to live within its means.

The increase in payroll costs has outstripped the rate of growth of the economy, with the result that these costs consume a larger and larger share of GDP. Ahead of next year’s Budget speech, we hope that Minister of Public Service and Administration, Senzo Mchunu, can make a breakthrough with unions in talks over wages and that it stays out of the realm of a court decision. We are all invested in this succeeding.