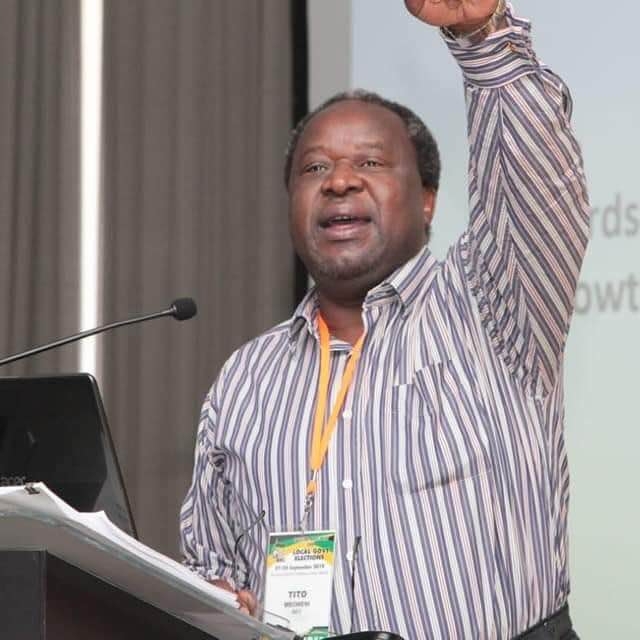 Home » Economic policy » The challenges are clear; working together we can turn things around

The challenges are clear; working together we can turn things around

The MTBPS has brought home how serious our financial predicament is. All social partners, including business, labour and civil society will have to work together to turn around what has become an entrenched low growth trend. BLSA is ready to play its part in developing the solutions needed to put South Africa back onto a growth path that will deliver our people a better future, free of poverty.

FINANCE Minister Tito Mboweni delivered an honest reflection of the fiscal challenges facing the country but there’ll be questions on whether more could be done to reduce expenditure on the sobering report card. What was clear was Mboweni’s commitment to his economic policy proposals that were released a few months ago, a plan that as business we’ve endorsed.

With GDP growth rates of under one percent, the government cannot raise the revenue it needs to support its spending programme. Treasury now expects growth of 0.5 percent this year compared with 1.5 percent at the time of the February budget, after a first quarter where growth contracted by 3.2 percent. As a result, government revenue will miss its target by 4% or R53bn, and it’s the sixth consecutive year it will have missed the revenue target.

In the speech, Mboweni committed to spending reductions of R21bn for next year, but this was only a third of what was needed. As the minister noted, an extra R50bn a year of belt tightening is needed. This is going to have to include tackling government’s wage bill.

There’s an urgent need for growth in the South African economy. Without it we cannot meaningfully address our challenges of poverty and inequality. Weak growth means we are getting poorer on average and the consequences of the government revenue shortfalls means the state is constrained in the social spending it can undertake.

Several reform initiatives were announced that could potentially unlock investment and economic activity that must be welcomed. These include the rolling out of a new infrastructure fund, a simplified visa regime including abolition of the birth certificate requirement for young children and the acceleration of broadband spectrum licensing.

The proposed fund has the potential to stimulate investment in R500bn-worth of infrastructure that government has identified as necessary. This is being proposed as a blended finance fund that will include private sector participation. As business, we stand ready to invest alongside government. A supportive regulatory environment will be key to unlocking private sector savings to back infrastructure, which can be done by ensuring the appropriate risk and return characteristics are provided for savers.

The minister also announced a second version of the Treasury economic paper which covers a wide range of additional interventions to rapidly turn around the economic prospects of the country.

Dealing with financial crisis facing state-owned enterprises is, at the moment at least, the central question to releasing some fiscal pressure. Eskom will be getting an extra R69bn over a four-year period, bringing the total government funding injection to R161bn.

This is a serious drain on the state, displacing important investment and social spending and accelerating debt levels. Government will also have to step in and settle R9.2bn of guaranteed debt held by SAA this year. This is a shocking state of affairs.

We agree with the minister that Eskom “should be run like a business”. No business could possibly function with a debt level that cannot be serviced out of operating cashflows. The restructuring of Eskom is urgent. Proper business discipline should be brought into the entity at various levels. The white paper on Eskom, released by Public Enterprises Minister Pravin Gordhan this week, should encourage private sector participation in the broader Eskom.

We welcome the minister’s announcement that equity partners are being engaged for SAA.

The outlook for government debt is serious. On this trajectory it is set to reach 81% of GDP by 2027 and it would be 76% even without Eskom’s impact. Even 76% is too high and will crowd out investment in the economy as government absorbs savings which cannot, therefore, be invested in the private sector. This has to be solved by spending reductions as well as revenue enhancement driven by economic growth.

The MTBPS has brought home how serious our financial predicament is. All social partners, including business, labour and civil society will have to work together to turn around what has become an entrenched low growth trend. BLSA is ready to play its part in developing the solutions needed to put South Africa back onto a growth path that will deliver our people a better future, free of poverty.