Income disclosure requirement will do little to address inequality

POSTED ON: October 18, 2021 IN Economic policy, Employment by Admin 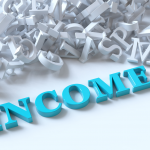 The remuneration of CEOs and senior executives is a sensitive topic in SA given high levels of income inequality – but it’s an important issue globally.

The remuneration of CEOs and other senior executives is a sensitive topic in South Africa given high levels of income inequality – but it’s an important issue globally with perceptions of excessive executive pay in the face of growing concerns over income and wealth inequality.

Since rules came into force in terms of the 2008 Companies Act, public companies have had to provide full disclosure of individual executive and non-executive directors’ total remuneration in their annual financial statements. Now, in terms of the Draft Companies Amendment Bill, listed companies and state-owned enterprises will have to go further, disclosing the percentage differential between the five highest and five lowest earners, as well as aggregate earnings levels.

Wage gap disclosure is gaining traction globally. In the UK, disclosure requirements kicked in from January 2019. These require companies to disclose the ratio between their CEO’s pay and the median, lower quartile and upper quartile pay of their UK employees. In the US, disclosure requirements kicked in in 2018, stemming from the 2010 Dodd-Frank Act that was introduced in the aftermath of the global financial crisis. It introduced the “CEO pay ratio” in which companies are required to disclose the ratio between the CEO’s total pay and the pay of the median employee, with young and smaller companies excluded.

This was politically contentious with Researchers Steven Bank of the UCLA School of Law and George Georgiev of the Emory University School of Law describing the seven-year rule-making process as generating “a level of public engagement that was virtually unprecedented in the long history of the SEC [US Securities and Exchange Commission] disclosure regime”.

They say the US approach “is characterised by (1) high public salience—the pay ratio is superficially intuitive and resonates with the public to an extent much greater than other disclosures; and (2) low informational integrity – the pay ratio is a relative outlier in terms of certain baseline characteristics of disclosure, meaning that the information is lacking in accuracy, difficult to interpret and incomplete”.

BLSA is concerned that both those factors will be amplified in the South African context, particularly given that here the ratio is between the highest and lowest paid while in the US it’s between the highest and the mid-range income. Public reaction will be based on “soundbites” of information without any granular context – something at which social media excels. But even in more thoughtful media outlets, the lack of quality information would limit the quality of the discourse.

Bank and Georgiev recommend that: “The SEC should seek to improve the rule’s informational integrity by mandating a narrative disclosure approach that provides information about median worker pay and the resulting pay ratio with more context, nuance and explanation.”

SA’s legislation makes no attempt to contextualise the pay ratio. The figure reported by a national retailer which employs a lot of lower-paid people will differ markedly from that of a bank but that doesn’t mean it is more or less exploitative. Also, with two companies in the same sector, one might make use of part-time or contract workers to a larger degree than the other which permanently employs more lower-paid workers. In such a case, the second company is likely to have a wider ratio and therefore attract more controversy, even though its employment practices are more in tune with SA’s needs. The legislation makes it likely that more companies will resort to using part-time workers our even outsourcing low-paid roles.

That brings us to the purpose of legislation, which the Department of Trade, Industry and Competition states is to “address public concerns regarding high levels of inequalities in society”. Yet the legislation requires only listed companies to report their wage ratios of which there are only about 330, so it is impossible to generate any sort of national picture of income inequality.

This legislation appears designed to attract controversy. A more thoughtful approach is needed that is constructive in meeting SA’s needs but introducing this in an extremely difficult business environment struggling to shake off the effects of lockdown restrictions will not benefit our economy. If anything, it adds to the layer of legislative and compliance factors that deters investment.

We believe this income disclosure requirement will do little to address inequality in South Africa, which is driven primarily by unemployment rather than income disparity of the employed. The surest way of addressing South Africa’s triple challenges of inequality, poverty and unemployment is to develop business-friendly policies that promote economic growth and employment.

There is no magic wand but, while it’s a long-term process, it could certainly be happening a lot quicker. The economic reconstruction and recovery plan, approved by both labour and business as well as by Cabinet, is designed on that basis. Central to the plan are numerous structural reforms that have unfortunately stalled. That’s where we need to remain focused as a country. Government should be doing all it can to accelerate the plan’s implementation to get us on a sustained economic growth trajectory as quickly as possible.