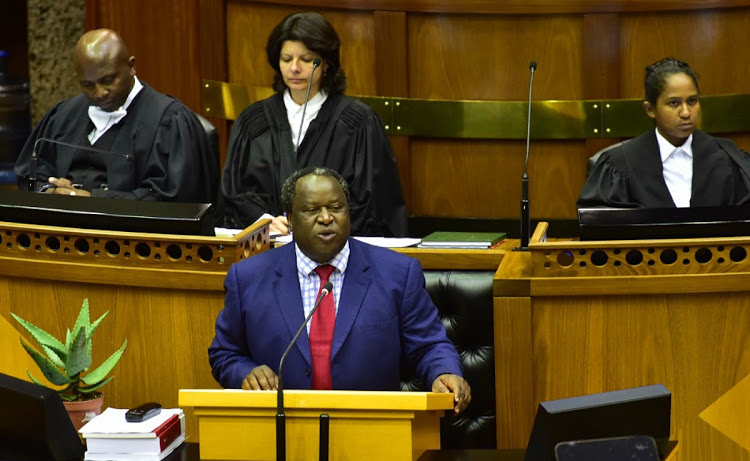 Cabinet must forget squabbles and back the Mboweni plan 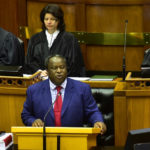 When Cabinet meets tomorrow they will in all likelihood do so against a background of news of a positive second-quarter of economic growth and thereby escaping the technical definition of a recession – two consecutive quarters of contraction. For some in that meeting, that may just provide some space to discuss other pressing matters in their departments, unrelated to all things economy and growth.

This article was first published in Business Day

When Cabinet meets tomorrow they will in all likelihood do so against a background of news of a positive second-quarter of economic growth and thereby escaping the technical definition of a recession – two consecutive quarters of contraction. For some in that meeting, that may just provide some space to discuss other pressing matters in their departments, unrelated to all things economy and growth.

The data from Statistics South Africa making them breathe and albeit wishful thinking, believing that the higher growth trajectory promised by the sixth administration has now commenced its path.

It would be folly, and while we should all welcome the escape from recession, we should realise that this economy is stuck in a low growth and unemployment trap, that every so often is going to threaten to send us crashing back into a recession. Just last year, we sat in the confidence sapping position of being in one, the second time in a decade since the Great Recession.

A positive second quarter should not breathe complacency for anyone, let alone policymakers – who need to ensure that over the next ten years there lay a secure and certain policy path in order to attract the sorts of investments needed. With that been said, it may have just been prescient that Finance Minister, Tito Mboweni, to have released a discussion paper: “Economic transformation, inclusive growth and competitiveness: Towards an economic strategy for South Africa” last week.

The proposal that joins a long list over the past couple of decades such as the New Growth Path and the Accelerated, Shared Growth Initiative is a 77-page study that one hopes his peers in cabinet have studied and will bring forth their views on the state of the economy and how to ensure the three central points – transformation, inclusive growth and competitiveness – are achieved in this highly competitive global economy.

Knowing the risk of uncritical satisfaction with oneself as cabinet reads through the quarterly growth report card from our statistics agency, it couldn’t have been better timed.

Now there was always a risk that the proposals would get wrapped up in debate about the process followed in their drafting and release rather than its substance. The fractures within the governing party that have long been reported on provide enough fertile ground for such friction, so in hindsight it was to be expected. Critics have questioned why there wasn’t broader engagement by Treasury officials.

Political due process, certainly may not have been followed, and there may be some house-cleaning in both government functioning and the party to iron out differences. In Telkom CEO, Sipho Maseko’s poignant response to Mboweni’s contribution in this week’s Sunday Times, there’s a clear case where the minister and his team behind the proposals seemingly didn’t consult with the minister of communications & digital technologies with regards to spectrum allocation – central to our digital future and the introduction of 5G.

So perhaps it’s an imperfect contribution to seeking a panacea to our economic stasis and in the case of telecoms, there’s most certainly much more homework to be done.

But in an environment where the economy will not breach the two percent mark for the fifth year running and with the country staring down a barrel of a possible ratings downgrade from Moody’s in a couple of months times, it’s a welcome intervention all the same. A reminder for all to focus their energies on a rapidly deteriorating situation.

Mboweni has a thick enough skin and will be able to deal with the internal fallout from his move to throw in the departments views on the economic debate, but it just may be that dry log that will help refuel the fires with which this new administration promised to deal with our economic malaise.

Tomorrow’s cabinet meeting shouldn’t provide a moment for our policymakers to gloat about positive newspaper headlines speaking of an economy escaping a recession. They have been challenged and given some homework to boot, we are all invested in just how well they’ve done in finding fair criticisms with some of the plans laid out. We’d best hope that they’ve taken as deep a dive as the Telkom CEO at the very least.

From that report, what we hope government can ensure departments align themselves in order to boost investor confidence and take advantage of any low hanging fruit in the process such as appointing the right executives at the most important of state institutions, starting with the Eskom seat.

The state of Eskom has quite literally placed a cap on our growth potential as it grapples with getting both Medupi and Kusile fully functioning and also its maintenance backlog. Without a chief executive at the helm, confidence of an imminent turnaround plan of the corporation – which includes a break-up into three separate entities – is near rock bottom. What we need is for the operator’s board – with approval of the shareholder – to settle on a captain for what’s increasingly becoming the most ambitious corporate project on the continent.

It’s just one of many appointments that should be made with as soon as possible, so we get the source of some 95% of electricity needs in a strong operational position at the very least. There’s are just some of the low hanging fruit, getting the right people into the most important positions within state and his various institutions to get South African government, 30% contributor to the overall economy, functioning optimally.

Unemployment is a structural issue in the South African economy, and by saying that its solutions are housed in longer-term educational plans, but in making the right decisions and now in industries such as tourism – there are some short-term benefits.

We are at the centre of the storm, second-quarter GDP figures just reflect how volatile our position is. The contribution of Treasury, never mind the procedural gripes, are a healthy contribution and as South Africans, we hope tomorrow’s cabinet meeting brings the state closer to speaking in one tongue.