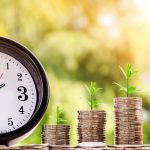 By BLSA
Business Leadership welcomes Finance Minister Tito Mboweni’s budget which showed the fruits of better-than-expected economic recovery and tax collection over the past several months.

Business Leadership South Africa welcomes Finance Minister Tito Mboweni’s budget which showed the fruits of better-than-expected economic recovery and tax collection over the past several months. We particularly welcome the modest tax relief that has been provided to individuals and companies which will go far to support the economic recovery.

The key challenge for the minister has been to build credibility in government’s finances. Improved revenue collection means government will be able to stabilise the debt load sooner. Overall, this will support business sentiment which has suffered over concerns about fiscal sustainability, though it remains highly vulnerable to any slippage in spending.

In particular, the budget relies on zero increases in civil servant wages over the medium-term expenditure framework. While this is important to balance out the shock that private sector wages have endured since the Covid crisis triggered a 7% fall in GDP last year, it will be politically difficult to keep. Public service compensation absorbed 41% of government revenue in 2019/20, rising to 47% in 2020/21, money that is not being spent on investment that would support growth and better community facilities.

The budget deficit has been revised to 14% of GDP in 2020/21, which, while a shocking figure, is an improvement on the 15.7% deficit expected in the medium-term budget policy last October. Gross debt is also somewhat better than the 81.8% of GDP expected in October, declining to 80.3% of GDP for 2020/21.

The tax relief for individuals helps consumer spending and tax relief for companies leaves more capital in their hands to invest. However, the reduction from 28% to 27% of the corporate tax rate will be achieved by cutting other tax incentives. This can help by simplifying the tax system, but we are cautious that some tax features of the tax system are important to support the economy. The proposed limitation on assessed losses being rolled forward can reduce incentives to start new companies (as the effect of early losses will be worse if they cannot later be offset against profits) and it will take years to recover the losses experienced by businesses in the current crisis. We welcome the decision to delay the assessed loss limitation and changes to interest expense deductions to 2022 but urge caution about the incentive effects of these to longer-run recovery.

The key challenge facing the country is economic growth. This is the only way that the government’s fiscal position can be sustainably improved as growth leads to increased tax collection. We were concerned to note the decline in infrastructure spending in the budget, despite promises by the minister to prioritise investment over consumption spending. Infrastructure is critical to expanding the capacity of the economy and therefore to increase its size.

While the medium-term expenditure framework allocation for infrastructure fell only 2.9% to R791bn, we are very concerned that the outcome for the 2019/2020 year has been confirmed at R187.4bn, 27% below the R257bn that had been estimated for that year in last year’s budget. That is R70bn of investment that did not happen despite plans to spend it.

Additionally, the estimated expenditure for 2020/21 has been revised down by 15% and for 2021/22 by 9.5%. These are substantial amounts of investment spending that have been reversed. BLSA sees these spending shortfalls as a combination of government capacity constraints as well as fiscal constraints. The procurement policy environment for infrastructure is onerous and the public sector has experienced a skills exodus that has reduced its ability to manage complex infrastructure projects. Business has worked hard to support government with various interventions to improve capacity.

The minister announced some moves which may improve the overall environment for infrastructure procurement. We welcome the announcements in the Budget Review of changes to the framework for public-private partnerships to make them easier to use. These are the best way for the government and business to work together to deliver infrastructure. We welcome the clarity that the Infrastructure Fund will be focused on blended finance solutions to enable more PPPs to be created under the National treasury framework.

BLSA looks forward to engaging with National Treasury on revisions to the PPP framework in the workshop it has said will happen in March. We hope this will enable a greater pipeline of infrastructure projects that move beyond the “pre-feasibility” and conceptual stage listed in the budget review.

The announcements on promoting South Africa as a financial hub and exchange control reform showed that little progress has been made since October’s medium-term budget policy statement, despite promises then that changes would be introduced now. This is an area with the potential to support real economic growth in South Africa by positioning the country as financial hub for the continent.

BLSA welcomes the confirmation of the March 2022 deadline to switch from analogue television broadcasts to digital. This is another reform that is long overdue and the move will free up spectrum to meet demand, which will reduce the costs digital communications. But we’re concerned at the lack of determination to get the spectrum auction done. Earlier this week the Independent Communication Authority of SA (Icasa) announced another delay – from this month to next – and the Budget Review does not commit to any date but simply says Icasa will “start auctioning high-demand spectrum in 2021”.

Overall, details on proposed reforms aimed at underpinning long-term growth potential remain unsatisfactory and while some timelines are given on specific actions, easy wins (such as spectrum auctions and new energy procurement) continue to miss deadlines.

The budget was a positive one signalling some improvements in government finances. As business we stand ready to work with government to deliver economic growth that will entrench this improvement over the long run. We look forward to getting to work.