Interest rate increase should serve as a flashing warning light 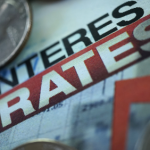 By Busi Mavuso
The effects of surging global inflation arrived on our shores with a major jolt through the R1.21/litre hike in the petrol price early this month, taking it to a record high. Combined with the jarring 15% hike in electricity prices this year, consumers are being hit hard.

Last week’s interest rate increase of 25 basis points should serve as a flashing warning light. The effects of surging global inflation arrived on our shores with a major jolt through the R1.21/litre hike in the petrol price early this month, taking it to a record high. Combined with the jarring 15% hike in electricity prices this year, consumers are being hit hard.

In developed markets, consumer inflation is spiking – latest figures show it is at 6.2% in the US, its highest level in 13 years, and at 4.4% in the European Union. The Reserve Bank doesn’t expect a dramatic acceleration in our inflation rate, putting it at 4.5% this year, 4.3% next year and 4.6% in 2023, though each figure was revised upwards by one basis point from its earlier forecasts. The bank also warned that a weaker currency, higher domestic import tariffs and escalating wage demands presented upside risks to its inflation forecast.

However, the “imported inflation” being felt through such things as the petrol price, along with the substantial amounts consumers already have to pay in higher electricity and other administered prices, will have a harsh impact across society but particularly on those with low or no incomes.

Fast-rising administered prices are particularly destructive because they are driven not by increasing demand but by systemic inefficiencies and misgovernance – a glance at the state of service delivery emphasises the point.

This year has been rough in that sense. The 15% increase in electricity prices effective from 1 July was the biggest increase in the past decade. At municipal level inflation is also severe. In Johannesburg, budgetary hikes of 6.8% for water, 4.3% for refuse removal and 6.8% for sanitation also kicked in on 1 July with many other municipalities implementing bigger increases. And there is sure to be another electricity tariff increase next year while there is always upward pressure on municipal rates and taxes.

These rising costs are taking big chunks out of people’s incomes and are likely to tip many household balance sheets into financial distress. This is a critical situation for an economy in such a precarious state.

But what of the unemployed who have no way to cope with their rising cost of living? There are about 11-million people without jobs, including discouraged job seekers, according to Statistics SA figures.

The R350 social grant introduced to alleviate the effects of the Covid lockdowns is pitifully little in that context and the financial pressures increase the importance of improving social welfare benefits. Unfortunately, the affordability proviso has to follow: our strained fiscus has no capacity to take on another significant debt burden.

Welfare benefits should be improved to the extent that the amount is manageable. It’s a precarious situation, because the inflationary forces will have a direct effect on whatever that amount may be. The rising prices, as they feed into more and more products and services, will leave consumers with less and less money to spend, even from month to month. That directly hits company profits, reducing the amount of tax they pay and so further reducing the fiscus’ capacity to deliver welfare benefits. Should taxes be raised to pay for the welfare benefits, that deadly spiral simply accelerates.

It’s a situation that will need to be managed carefully, particularly with the spectre of July’s social unrest and looting still fresh in our memories.

But it’s important to remember that the reason we need to increase social welfare benefits is because our economy has deteriorated so alarmingly since 2008 when our formal unemployment rate was around 22%. We are dealing with the consequences of the decade of misgovernance and corruption that followed. We now have to fix what’s wrong with the economy so that it facilitates higher employment and eases the welfare burden on the fiscus.

The best solution for all economic woes, ours or anyone else’s, is a healthy, growing economy. That’s what creates jobs because businesses, confident of healthy returns, invest heavily in such times in growth and expansion.

We have started on the road to getting there, given the important reforms already instituted in the energy sector and those being instituted in other important areas. But it’s all happening too agonisingly slowly and the longer everything takes, the higher our unemployment rate will climb and the more unmanageable our social welfare needs becomes. We need a sense of urgency.