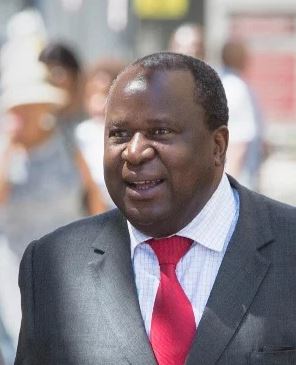 A welcome step on public sector wages, but action is still needed on SOE vampires

POSTED ON: March 2, 2020 IN Economic policy, Political economy by Admin 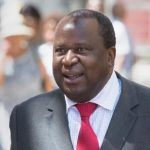 What we called for in last week’s Budget Speech 2020 was substance rather than the bluster of words of intent. Tito Mboweni rose to the challenge.

WHAT was called for in this past week’s budget speech was substance rather than the bluster of words of intent about the crisis in expenditure and rising debt. And, for the most part, the Finance Minister, Tito Mboweni, delivered.

To steal a  quote from an economist, it was “a fascinating budget” as the minister threw the kitchen sink at the unions with his plans to reduce the public sector wage bill – for about 1.2-million public servants in national and provincial governments – by more than R160bn. Cognisant of the health of the economy, the plan does not involve massive jobs cuts, which would have immediately lightened the expenditure load. Rather, he has chosen to review the rate of wage increases.

On Tuesday we’ll get our GDP figures for the fourth quarter of last year and all indicators suggest that we will be lucky to escape the technical definition of a recession. For yet another year, what is certain is that our economy would have dipped below the 1% growth mark. We’ve had an underperforming economy perhaps since as far back as 2013. More recently it has been evidenced by the poor corporate earnings season.

For the best part of a decade, workers in the private sector have borne the brunt of our economic struggle as mining companies, for example, have slashed workforces in the face of sluggish commodity prices and rising administrative costs such as electricity. Workers in the public sector, backed by their powerful unions, have been largely cushioned from its full effects.

Private sector earnings growth has been lower than inflation over the past five years and 8% lower than wage growth in the public sector. A common critique has been that the state has been on a hiring binge for the past decade but, as the finance minister pointed out, the years of hiring were only between 2007 and 2012. In that period, some 190,000 people were hired and ever since, the number of state employees has been declining.

But this was never a sustainable path and we are certainly at a point where the state has to deal with the now massive elephant in the room. Treasury and the various departments should expect some tough negotiating ahead with union movements, including the governing party’s alliance partner, Cosatu. They’ve already declared “war”.

The move to rein in wages will inevitably come with political costs – that’s par for the course. In any functioning democracy such as ours awash with political contests almost every other year and the factional battles that have been the hallmark of the governing ANC, there was an expectation that there would be no real movement with regards to the wage bill. We were pleasantly surprised to see it, though.

The most recent three-year public sector wage settlement expires only in April 2021, and the last wage agreement in 2018 was significantly higher than budgeted. The state’s request to renegotiate this settlement would mark the first time that an existing wage agreement has been reopened.

After the medium-term budget last October, ratings agencies were sceptical that there would be a plan on the table to reduce spending to the tune of R160bn, let alone R261bn overall.

There is still some scepticism that government can achieve the contraction in compensation, but this step could buy us a stay of execution from ratings agency, Moody’s Investors Services, which may make the final call that could push our sovereign ratings into full “junk” status at the end of next month. Judging by how well the budget was received, with the rand appreciating in a global market concerned by the effects of the coronavirus, we may just dodge that bullet again.

It certainly won’t be easy though, judging by the response of Fitch Ratings which already rates our debt as junk status. Fitch said measures to consolidate the budget rely heavily on hoped-for moderation in public sector wages “which might not materialise, adding further risks to South Africa’s deficit and debt trajectories”.

So yes, while we have been pleasantly surprised by the measures taken by Treasury, there’s much work ahead.

Some detractors have called this budget an austere one; it isn’t. Treasury has been cognisant of the deteriorating health of the economy by not seeking to boost government revenues through higher taxes on individuals and companies. There was some talk of a VAT increase, which would have been the second in two years.

Instead, the minister mooted the possibility of reducing corporate income tax to bring us more in line with international norms. Such a move would make us a more attractive destination for foreign direct investment.

There’s a measure of comfort to be taken from the budget speech, but we still face the twin factors of persistently low GDP growth and the continuing saga around the funding crisis of state-owned enterprises, particularly Eskom and SAA.

Over the next three years our state-owned enterprises will continue to be a weight on the state, to the tune of R129bn – money that could be better used stimulating the economy. Over the past decade we’ve supported them with about R162bn.

To steer this country off the fiscal cliff that we’ve remained so close to for the better part of the past decade, our life support measures for these institutions must reach their end. Proper governance must be allowed to grow roots once again and a measure of financial stability achieved.

In trying to correct the mistakes of the past, we know the state as shareholder has sought to keep a close watch on the day-to-day running of these operations. Their good intentions have on occasion served only to slow the progress in getting these businesses running, as the finance minister has pleaded, “as businesses”. The sooner that comes to pass, the sooner the clouds will lift on the South African economy.

This article was first published in the Sunday Times