POSTED ON: October 19, 2021 IN Economic growth, Employment, Unemployment by Admin 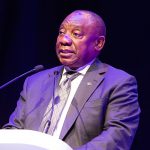 The IMF’s medium-term forecasts have alarming implications for our unemployment situation.

Many of our problems, particularly stalled reforms, are reflected in the gloomy medium-term forecast for SA from the International Monetary Fund (IMF). While our immediate recovery from last year’s Covid devastation is on track, we’re still lagging behind other emerging markets.

The IMF is now forecasting GDP growth of 5% this year for SA, off the base of a 6.4% contraction last year. That is up from its previous 4% forecast but well behind the expected 6.4% growth for all “emerging markets and developing economies”.

The IMF’s medium-term forecasts, however, have alarming implications for our unemployment situation. Even taking into account recent reforms, it expects next year’s growth to dip to 2.2% before subsiding further to average only 1.3% from 2023 to 2026. That is likely to be negative growth in per capita terms as population growth will outpace economic growth.

That means our already critical unemployment situation will worsen because, in tandem with the overall economy, the labour market will simply not be expanding enough to absorb the waves of new entrants every year, be they school leavers or those with higher qualifications.

The situation we need to get to is an economy that is expanding fast enough to create more jobs than there are new entrants to the labour force, year after year. And it’s urgent. We need to get there as soon as possible. Until we do, unemployment will keep rising.

It’s clear that the policies and measures adopted to address a vast range of problematic issues, as well as the infrastructure development programme to act as a stimulus, are not enough. Too many have stalled because they’re stuck in legal issues, while others have yet to be implemented.

Because these problems are so wide-ranging, it is necessary to address each and assess how they can be resolved and even accelerated.

What we really need is another “big bang” moment — a bold move that would boost confidence in the government’s entire reform programme — similar to the unexpected lifting of the cap for private companies to develop their own electricity generating plants to 100MW. With that, President Cyril Ramaphosa himself intervened to overcome recalcitrance from within his own ranks, with energy minister Gwede Mantashe having tabled a cap of only 10MW. That sent a strong signal that the president was fully behind liberalisation of the energy sector. It also signalled a move from the ANC’s preferred control-and-command style of running the economy.

Where can such a move be made? If we look at some of our urgent priorities, it’s clear that while there is progress in most areas, there are far too many issues retarding progress, many of which are unfortunately self-inflicted.

Business Leadership SA has collated a list of priorities for CEOs. Three of these are to ensure a reliable energy supply, to address SA’s rigid labour laws, and to deliver an accelerated infrastructure rollout. All of these could and should be done fast, even though some are long-term and sometimes politically difficult processes. But the longer we take to get them right, the longer we wait for their benefits to feed into the economy.

Labour market reforms are important. We need an environment that encourages businesses to hire. A bold move is certainly warranted because our rising unemployment is a national crisis and a direct threat to the future stability of the country.

In energy though, SA has made good progress. While we are still some way off being free of load-shedding and the economic damage each power cut inflicts, we can see light at the end of the tunnel with Eskom’s restructuring and more private producers of energy in a liberalising market. Momentum is also building on our transition away from a fossil fuel-based economy, though there is still much political resistance.

The tragedy in the energy space is the self-inflicted wound of legal challenges to the emergency procurement round that was intended to get extra energy onto the grid as soon as possible. Now financial close for the Risk Mitigation Independent Power Producer Procurement Programme, originally scheduled for the end of July, is unlikely to happen this year.

Similarly, the auction of broadband spectrum has been delayed with the process subject to legal challenges, meaning it will take longer for data costs to come down. These are shocking outcomes and, while legal processes cannot be expedited, where is the accountability?

Infrastructure development is by nature a long-term programme and it is starting to gain momentum. But where the government can make a big difference quickly is to reform its state systems to streamline processes and ensure qualified people are in key roles. This must mean at the top in the relevant government departments through all levels of government and down to each municipality. That would go a long way in boosting a wide range of economic activity.

What is also needed is to simplify approval processes for public-private partnerships (PPPs) — these are currently subject to onerous bureaucracy. As a result, the use of PPPs has collapsed, with no new projects passing the viability stage since 2017. This is a central problem that should be addressed through new interventions to support public infrastructure procurement.

Mr President, we are ready when you are for your next bold move.

Mavuso is CEO of Business Leadership SA and this column first appeared in Business Day.