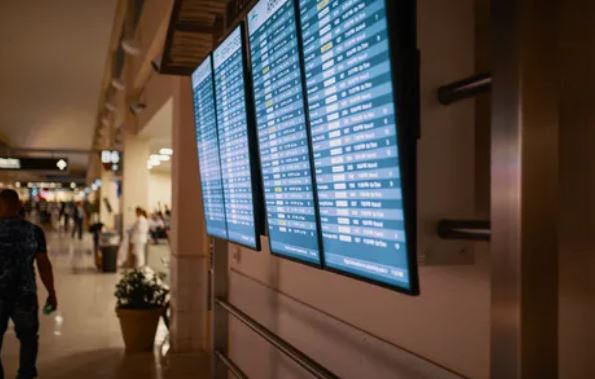 Home » Covid-19 » Where will more money for SAA come from?

Where will more money for SAA come from? 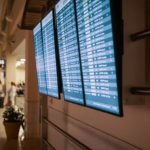 Quite simply, the restructuring of SAA into a commercially sustainable airline is too expensive for the state to fund.

There was a lukewarm response to the Treasury’s “emergency” budget a couple of weeks ago from the markets and outright disappointment from certain segments in society on the details of the R500bn injection into our desperate economy. It mattered not that the stimulus package as it is contributes to the steepest rise in debt for South Africa among emerging markets over the next three years.

With questions of the size and effectiveness of the stimulus injection, Treasury now faces another bill of some R16bn to fund a rescue operation of our ailing airliner, SAA. After numerous turnaround plans that have been touted as the definitive one over the past decade, a cash strapped and highly leveraged state is now being asked to sink billions more into the airline.

In life before Covid-19, President Cyril Ramaphosa promised a reform and restructuring agenda at all state-owned enterprises in his state of the nation address, which we welcomed.  At that stage, ahead of a possible ratings downgrade, the expectation certainly wasn’t that it would involve further injections into the airline already in the throes of a business rescue process. Even more so today, in a world on its head because of the pandemic. Quite simply, the restructuring of SAA into a commercially sustainable airline is too expensive for the state to fund.

How does this make any sense in a country that is set for its deepest economic contraction in almost a 100 years? It’s a question that I have to ask, when I consider the scarcity of resources and a debt outlook that makes for uncomfortable reading.

I’ve been clear before that not all debt is bad, as long as the borrowings are used in growth initiatives. Yet, with the state having invested about R30bn in SAA over the past decade, I think it’s rather clear that any debt raised to further fund this vanity project is bad debt.

The national airline went into business rescue in December having accumulated financial losses totalling more than R10bn over the past two years. It’s a poor track record and its prospects are no better as the pandemic has done considerable damage to the global aviation industry, which  is struggling to recover from the body blows of the pandemic that grounded international flights across the world. Industry players drift between feelings of hope to predictions of a complete demise of the industry. Earlier this month, the International Air Transport Association warned that its baseline estimate of a 36% drop in traffic this year could worsen to 53% if border curbs on emerging market countries and the US remain in place. As SA heads towards its peak infection rate and with case numbers in Latin America and the US continuing to rise, that dire prediction looks likely to materialise.

In this carnage there are few interested investors likely to step into the breach, especially with the state still so heavily involved in the running of the airline. Middle Eastern carrier, Emirates, recently announced that it was cutting about 9,000 jobs.

Any investor would be wary of placing funds into SAA. For SA, with an electricity company that can’t meet the demands of an economy that’s likely to have contracted by more than 30% in the second quarter of this year, its Treasury is now expected to sign a cheque of R16bn. Is this not a moment for some sober reflection and acceptance that continued state ownership and funding of SAA can’t continue?

Where is the money going to come from? The lockdown regime that we still operate under will result in the deficit rising to about 15% of GDP in 2020/21. The debt-to-GDP ratio is set to pass the 80% mark and as a country we are nearing a point where over 6% of the country’s national income will be geared towards servicing debt. This limits the scope of any conversation around health funding such as National Health Insurance, never mind the universal basic income grant that it seems the state and the governing ANC is warming to as the unemployment crisis is set to explode. Furthermore, as so rightly pointed out by finance minister Tito Mboweni, the belief that we can spend our way out of low growth is misguided. In considering our economic future beyond Covi-19, economists agree that the best way to reduce SA’s debt burden is to grow the economy. Higher and more inclusive growth will be accompanied by increased investment and job growth that will place the economy on a sustainable path.

We’ve often called for the state to make difficult decisions with regards to structural reforms, but is this choice – between the actual welfare of the most vulnerable in society and that of funding another SAA adventure – that difficult to make?

Business for South Africa’s phase three document forecasts that we’ll need about R3.4-trillion to fund the country’s fiscal requirements over the next three years. How does SAA remain a priority given all the other more urgent and necessary competing interests in the country? Does it belong on the list of our national priorities when we are faced with a collapsing economy on the back of this pandemic?