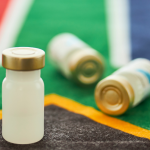 We believe it’s time to consider an introduction of vaccine passports because we need to keep as much of the economy as open as possible.

Recent economic data on our unemployment rate, GDP figures and business confidence make it clear that what BLSA has been advocating for some time is long overdue – that we are going to have to implement bold actions to get the South African economy onto a solid footing of higher levels of growth.

The economy’s struggles in the wake of the pandemic are feeding into what were already desperate socioeconomic conditions in the country, which were exploited by those leaders behind the July unrest. Almost 13-million South Africans have applied for the R350 grant which barely covers rising living costs, especially food, let alone administered costs such as electricity. That speaks volumes about the difficulties people are facing.

With our vaccine rollout now passed its nascent stage and the country administering a million doses every four to five days, we believe it’s time to consider and then introduce vaccine passports because we need to keep as much of the economy as open as possible.

In his address to the nation last weekend, President Cyril Ramaphosa said government would be providing further information on its approach to vaccine passports, “which can be used as evidence of vaccination for various purposes and events”. Consultations with business and society as a whole will be very important, but as a principle we argue that this would be beneficial to getting back on our economic feet as quickly as possible.

Passports would ensure that much of the economy is shielded from yo-yoing between various lockdown levels. This is critical – as evidenced by the performance of South Africa’s mining sector, whose tax proceeds have helped avert a grave fiscal crisis. This was possible only because of a combination of good commodity prices and that the sector has been able to operate at virtually full steam since we came out of the hard lockdown at the end of May last year. The tourism and hospitality sector as well as parts of the manufacturing sector haven’t been so spared.

Here’s something to consider: since the last week of March 2020, the country has undergone 12 changes to lockdown restriction, moving between the most draconian level five – which we must all hope is never repeated – to the lowest, level one.

It has proven to be quite a minefield for society and industries most affected by the Covid-19 pandemic to navigate. It also partly explains the ebbs and flows in business confidence in that time. We’ve only been at level one – where almost the entire economy is open – for a cumulative five months, meaning the economy has essentially been restricted in some shape and form for 13 months in the past year-and-a-half. It explains the less than stellar GDP numbers this year if we are not fooled by the low base.

With a fourth wave of the pandemic that has already cost more than 85,000 lives possibly arriving this December, we head into our festive season hoping that we aren’t faced with yet another increase in restrictions in particular in the tourism and entertainment sectors.

Dreading the worst, the Beer Association of South Africa (BASA) has expressed concern about the fourth wave and how it might affect the industry that has gone through four alcohol bans amounting to a total of 161 days where operations had to be completely shut down. That’s 161 of 538 days since March, placing more than 240,000 jobs at risk.

While welcoming the recent reduction in lockdown restrictions, BASA chief executive Patricia Pillay warned in a statement that any recovery would be eradicated should another ban be enforced over the festive season, putting a “final nail in the coffin for thousands of businesses and the jobs they support”.

Piet Mouton, the chief executive officer of PSG, one of the country’s largest investors, wrote an open letter calling for mandatory vaccinations, a step he argues is necessary for the battered South African economy to open up. Sanlam, Discovery and Curro Holdings plan on making Covid-19 vaccinations for their staff compulsory. We expect more companies to adopt similar plans as they seek to get operations back to normal and reduce the threats of future shutdowns.

On a broader scale, we think vaccine passports against the backdrop of some vaccine hesitancy will help shield the economy from rocking between heightened and reduced lockdown levels. Under such conditions it is difficult to attract much-needed investment that could help stave off rapidly rising jobless numbers – the highest of the 80 industrialised nations tracked by Bloomberg. SA’s economy has been among the hardest hit by the pandemic, losing more than 1-million jobs.

The imposition of vaccine passports needn’t be permanent; they can fall away as soon as we hit the targeted 42-million vaccinated South Africans for herd immunity. But we need to take some bold steps to stimulate the move towards this target.

This column in by Busi Mavuso and was first published in fin24.