Home » Covid-19 » The screws need to be loosened

The screws need to be loosened

POSTED ON: August 6, 2020 IN Economic policy, Employment by Admin 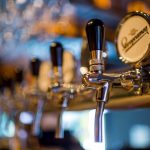 It’s imperative to open up as much of the economy as possible without compromising Covid-19 safety protocols.

Traffic levels have gradually been increasing over the past few weeks, a sign of an economy creaking its way back to life under the cloud of the Covid-19 pandemic. Given what we expect from the first quarter’s growth figures, it’s key that, as safely as possible, we get more of the economy opened up. The state needs to review some of the crippling measures it has taken to counter the pandemic.

As such, the business sector acknowledges and welcomes the easing of some restrictions on the tourism industry last week but now urgently calls for the same to be done in the alcohol and tobacco industries, as well as all other sectors where activity hasn’t resumed.

The damage is telling, as we’ve seen recently with massive investments being cancelled due to the alcohol sales ban by three industry players just in the past week.

SAB, the AB InBev-owned brewer, has cancelled R2.5bn in capital and infrastructure upgrades this year and is reviewing a further R2.5bn of planned investments for next year. Rival brewer Heineken has announced that it will cut about R6bn in investment as a result of the ban, which includes shelving plans to build a new brewery in KwaZulu-Natal. And Consol Glass has indefinitely suspended construction of a R1.5bn glass manufacturing plant in Ekurhuleni.

This is a disaster. As an investment-starved destination, South Africa can’t afford to lose this sort of spending in the nuts and bolts of the real economy.

Unfortunately, these decisions are evidence of just how poorly managed and communicated the ban on alcohol sales has been between the state and companies that are directly affected.

Furthermore, there are more than 120,000 people in South Africa’s alcohol industry that risk losing their jobs because of the ban. According to the industry, the first ban had already cost the state about R12bn in lost taxes.

Now there’s no doubt that, as we head towards our peak in the pandemic, it’s an absolute must that we do all we can to ensure that there are enough hospital beds available for a rise in cases. Trauma cases influenced by alcohol would only add pressure to an already strained private and public healthcare system. Cognisant of these pressures, the liquor industry has been amenable to restricting sales to certain hours on certain days. A continued outright ban is, however, proving too steep a cost and is clearly feeding into our long economic winter.

Retailers, too, are now bearing the costs on their bottom-line. Already under pressure from the lockdown and its impact on sales, Pick n Pay chairman Gareth Ackerman was critical of the state’s handling of the ban on alcohol and tobacco sales.

Over and above the actual harm caused by the measures taken by the state in its defence against the pandemic, I think what is emerging as the main problem is the lack of consultation between business and the state. We’ve long called for a transparent and open relationship as business is just as invested in the wellbeing of the country in the face of this pandemic. What is evident in the decisions of both SAB and Heineken as well as the frustrations of Ackerman is that there hasn’t been enough in the way of consultation.

These frustrations add fuel to a general unease by the general public over reports of corruption in recent weeks. The South African psyche has been hard hit by the perceived inaction on corruption by both the state and party. For us to overcome the health crisis and the economic crisis, we’ve been clear that there has to be commitment to a social contract between all stakeholders. This social contract is taking great strain at perhaps the most critical period.

The rising level of disquiet in South Africa is boiling over and eating already record low confidence levels. Basic economics dictates that without confidence, growth is near impossible.

The transparency and clear communication lines that we had heading into the lockdown in March are most critical at this juncture. There are lockdown measures that must be reviewed such as the alcohol ban and they can be done in a manner that doesn’t jeopardise the overall health response. This can only happen with proper engagement between business and labour.

The World Health Organisation has recently called on countries that have seen a rise in Covid-19 case numbers not to reimpose lockdowns in an attempt to halt the spread of the virus. The organisation, whose guidelines South Africa has done well to adhere to, has made this call bearing in mind the steep social and economic costs.

As we near the peak and look to a life after August, the state has to work to rebuild its communication channels with business and labour. Only through a co-ordinated approach do we come out stronger.