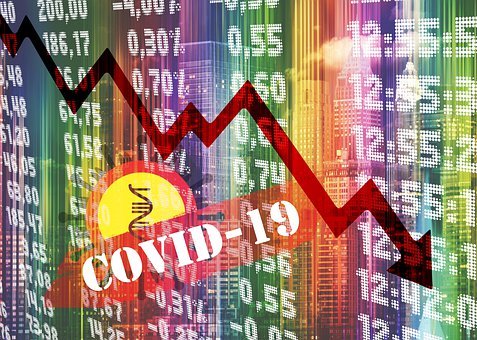 Home » Covid-19 » Reforms not monetary policy is our best hope 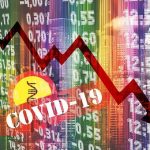 By Busi Mavuso
The dramatic rise in Covid-19 cases and fatalities over the past month has forced us to devote all our time and energy on ensuring that our stressed and limited public and private health sectors don’t collapse.

THE surge in Covid-19 cases and fatalities over the past month has focused much of our energy and attention on ensuring that our stressed and limited public and private health sectors don’t collapse. The heightened restrictions on our everyday lives have to be understood in this context but concerns around just how the state funds the vaccine rollout for South Africa, the 15th most affected country by the pandemic, should serve as a reminder of our perilous economic position.

Tax hikes of R5bn have already been penciled in from the medium-term budget policy statement for the next fiscal year, and R10bn the following year. While these tax hikes can well be “labelled” as being for vaccines, this perhaps misses the point that the wider fiscus cannot rely fully on expenditure cuts nor on raising more debt. A proper, sustainable budget would have room for vaccine costs without tax hikes and a better prism through which to view the tax hikes is that they are for SOE bailouts such as SAA.

As a result of the hard lockdown that began last March, the South African Revenue Service expects a shortfall of more than R300bn. Despite the state of the economy, some economists don’t expect tax hikes because SA is an already highly taxed country. Whatever course is taken, it will provide further evidence of a fiscus under severe pressure from anaemic growth rates over much of the last decade.

The only way to emerge stronger in years to come is through supporting the fiscal reform package that the Finance Ministry, under Minister Tito Mboweni and his director-general, Dondo Mogajane, has championed over the past two years.

These include renegotiating public sector wage agreements (a battle which is now heading to the country’s highest court), reducing financial support to long-troubled state-owned enterprises and cutting out billions of wasteful expenditure. Other reforms needed are to open the energy sector to more private players, increasing spectrum for telecoms companies and removing unnecessary red tape.

Successfully funding the country’s health response to Covid-19 pandemic is now dependent on the state’s ability to stay the course.

This week, the South African Reserve Bank is set to make its first monetary policy decision for the year, set against a backdrop of a country in the second wave of the pandemic and in level three lockdown. As I write this piece, I am not privy to its decision after it already cut borrowing costs to their lowest levels since the late 1970s.

But I suspect that in the wake of benign inflation and downbeat growth forecasts, there’ll be calls for the central bank to do much more to boost the country’s economic prospects. That old dictum of “nationalising the bank” will once again get airplay, even though it would make no difference to its constitutionally enshrined independence.

Calls for monetary policy to play a much larger role in aiding the country’s economic recovery efforts are not well placed. Over the short term, an argument can be made that in normal times a significant fall in interest rates would see an increase in domestic consumption among a small segment of the population exposed to vehicle finance deals or mortgages. But these are not normal times; the five rate cuts alone last year didn’t translate meaningfully into higher growth rates.

Lower rates didn’t have as much of an impact due to confidence levels being at multi-decade lows for both consumers and businesses, a chronic condition that was entrenched well before the onset of the pandemic last year. Reducing interest rates has only a marginal impact compared with labor-intensive structural reforms that could see potential growth move from say 1.5% to 3.5%.

Without the benefit of the rand being a reserve currency like the US dollar, interest rates aren’t a panacea to the country’s growth problems. An aggressive course of quantitative easing, or printing money, would serve only to weaken the rand and trigger higher inflation.

We really walked into this unprecedented crisis wholly unprepared.  Getting out is going to require a broad sweep of structural reforms that we’ve long called for and which the administration of President Cyril Ramaphosa has committed to. Only through fiscal reforms will we start rebuilding confidence and in stimulate economic activity.

Dealing with Covid-19 is a three-pronged approach; an immediate health response to limit infections and deaths; the successful dissemination of a vaccination programme as soon as possible; and oiling the wheels of the real economy. Structural reforms will in the long-run boost confidence in the economy and better prepare the state for not only this healthcare crisis but for other crises that may come.

As far back as 2012, in the wake of the Marikana tragedy, then Reserve Bank governor Gill Marcus called for the state to focus on structural reforms. It was rather evident at that stage in the history of this country that we had to change course. This pandemic serves a yet another reminder.