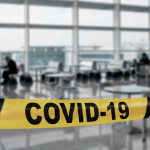 Thankfully, government didn’t hit the panic button in response to the sudden outbreak of the Omicron variant and President Cyril Ramaphosa’s commitment on Sunday to charting a course for mandatory vaccinations where appropriate is an important step in our war against the virus.

Thankfully, government didn’t hit the panic button in response to the sudden outbreak of the Omicron variant and President Cyril Ramaphosa’s commitment on Sunday to charting a course for mandatory vaccinations where appropriate is an important step in our war against the virus.

While we are yet to learn both the effectiveness of current vaccines against Omicron and the severity of the new variant, we do know that it is in unvaccinated populations that virus mutations flourish. The experts are unanimous on that, with Professor Keymanthri Moodley, Director of Stellenbosch University’s Centre for Medical Ethics and Law, saying that low vaccination rates and vulnerable populations provide the conditions that favour viral mutations “and the development of new and more vicious variants”.

Domestically we may face increased vaccine hesitancy on the grounds that mutations reduce vaccine effectiveness or effectiveness against variants is unknown. But the only way to prevent mutations and reduce hospitalisations and deaths is for a high percentage of the population to be vaccinated. Indeed, had we achieved our initial target of having at least 70% of the population vaccinated by this December, the threat now presented by Omicron and a fourth wave would be far more muted, as would the economic consequences. To avert threats from future mutations, we need to push hard to accelerate vaccinations. Only about 41% of the adult population has been vaccinated and if we don’t accelerate things, we’re expected to reach a 70% rate only in June next year.

However the Omicron variant plays out, its arrival means that we cannot wait any longer to make the important decision over mandatory vaccinations and restricting unvaccinated people from accessing certain public areas and activities, including the workplace. Labour agrees, with Cosatu issuing a statement this week calling for restrictions. “Those who vaccinate must be allowed to move on with life. Incentives and rewards should be used to encourage everyone to vaccinate,” Cosatu said.

At Nedlac this week, government, business, labour and civil society organisations have been discussing the details of how to step up mandatory workplace vaccination and restrict access to public places such as malls, restaurants, stadiums, public transport and other places where people congregate.

Such moves need to be complemented with a renewed drive to accelerate vaccinations. To support that, business will assist government and commit resources where needed, such as setting up vaccination centres at taxi ranks and other areas where people congregate. But it is only through restricting access where required that businesses in the beleaguered restaurant and tourism sectors – as well many others – will be able to operate at full capacity.

Of course, any regulation that restricts individual human rights in any way should not be imposed without careful consideration and the rights of the immunocompromised – those unable to receive the vaccine for health reasons, for example – need to be incorporated. But BLSA believes the rights of wider society in the face of the very serious threats the virus poses to our health and to our livelihoods must be paramount.

Outside of the human rights issues, the legal consequences need to be considered. Employers cannot risk the health of their employees, so how is it possible, for example, for a CEO of a mining company to allow an unvaccinated employee without a negative test down a pit with other miners? It’s not just about protecting employees but also customers: retailers have a moral obligation not to endanger the health of their customers.

These are grave issues and require a thoughtful response. For example, mandatory vaccination certificates should be accompanied by a strong public campaign listing the benefits of the vaccine in concise terms while also debunking the many myths that have flourished among anti-vaxxers.

Government should also consider making vaccine tests more readily available to the public, including allowing self-testing, to facilitate those who wish to remain unvaccinated to gain access to public places on proof of a negative test conducted in the past seven days or whatever time period the scientists deem appropriate.

Until a satisfactory level of the population is vaccinated, restricting access to public places through vaccine certificates is the only practical way to keep our economy functioning. It is in a fragile state and cannot withstand further bouts of restrictive lockdown measures.

In the end, our target should be as far as possible a fully vaccinated population. Dr Purvi Parikh, an allergist and immunologist with the Allergy and Asthma Network in New York City, puts it simply: “If 100% of the population is vaccinated, eventually infections drop to zero and so do variants.”