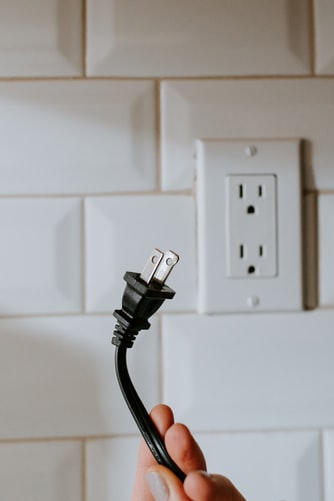 Collapsing municipalities could be the final nail in Eskom’s coffin 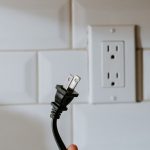 By Busi Mavuso
Eskom’s problems are a result of a cocktail of factors.

To tell anyone that Eskom’s problems are multi-pronged would be an understatement of epic proportions – there are so many layers to the problem. One of its major challenges relates to the health of municipalities, which form the power utility’s biggest customer base.

As Eskom management sits across the table from union representatives who are calling for an unaffordable double-digit increase in wages over the next three years, let’s consider the question of the debt owed by some of our floundering municipalities to the institution. Municipalities, many struggling under the weight of maladministration, lack of capacity and corruption, owe more than R43bn to Eskom, of which more than R30bn is overdue. In fairness though many are unable to make payments because they too are struggling to collect revenue: municipalities together are owed more than R120bn as cash-strapped residents are failing to make payments.

While there’s a need to encourage a greater culture of accountability and urge everyday citizens to pay for services, that alone will not deliver the required results. Across the country municipalities have, to varying degrees, been “captured” by their own backyard politics. It’s where in many cases political rivalry has collapsed governance and fed into all manner of poor decisions, from procurement to who gets employed and where. The Covid-19 pandemic has added another layer of uncertainty to the prospects of the 256 municipalities across the land.

The municipal sector has an aggregate cash shortfall that stood at R50.7bn as at June last year, materially higher than R32.9bn in 2019. Many municipalities are at a point where they face collapse. Without enough working capital, municipalities struggle to provide an acceptable level of services or to pay service providers such as Eskom, the big water utilities and other creditors within 30 days, as required by law.

This unhealthy situation has also affected major businesses in some towns whose power supply is being interrupted because of the municipality’s debt. These towns often rely on the businesses as a source of jobs and economic activity. The state of our municipalities is a sovereign risk, as their struggles feed into Eskom’s ability to service its more than R450bn debt. Beyond the question of debt, their under-performance and lack of service delivery weaken our growth prospects in a world turned on its head by Covid-19.

Getting our municipalities into a healthier position – and soon – should be marked as critical on the to-do list of President Cyril Ramaphosa’s administration. Understanding this, we support the efforts by the President to depoliticise and build a more capable and efficient state.  Writing in his weekly letter earlier this year, he wrote that it’s only through a capable, efficient, ethical and development-oriented state that the lives of people of this country can improve.

“This means that the public service must be staffed by men and women who are professional, skilled, selfless and honest,” he wrote after two weeks of public consultations over a policy document that will strengthen and capacitate the civil service. “One of the key recommendations made in the draft framework is that the public service must be depoliticised and that government departments must be insulated from politics.”

The draft National Implementation Framework towards the Professionalisation of the Public Service, which along with the performance agreements President Ramaphosa recently signed with his cabinet ministers, reintroduce a long-lost concept: accountability.

There has been a breakdown in governance in the civil service, a blurring of the lines as political principals have interfered in the administration and procurement policies of the public service. This has caused instability from government departments down to municipal level as senior managers are swopped or replaced each time there’s a new political principal anointed. Institutional knowledge has been the casualty of this merry-go-round.

Another casualty is clearly Eskom, for which a solution is urgently needed. The more dire the situation becomes at municipal level, the deeper the Eskom debt hole. Organised business, labour, community and government signed a social compact to support Eskom, which included a commitment to reduce its debt burden.  The reform agenda that we’ve long called is the long-term fix. The reform has to be holistic: the restructuring of Eskom goes hand in hand with reforming the municipal sector.

This article was first published in Fin24.