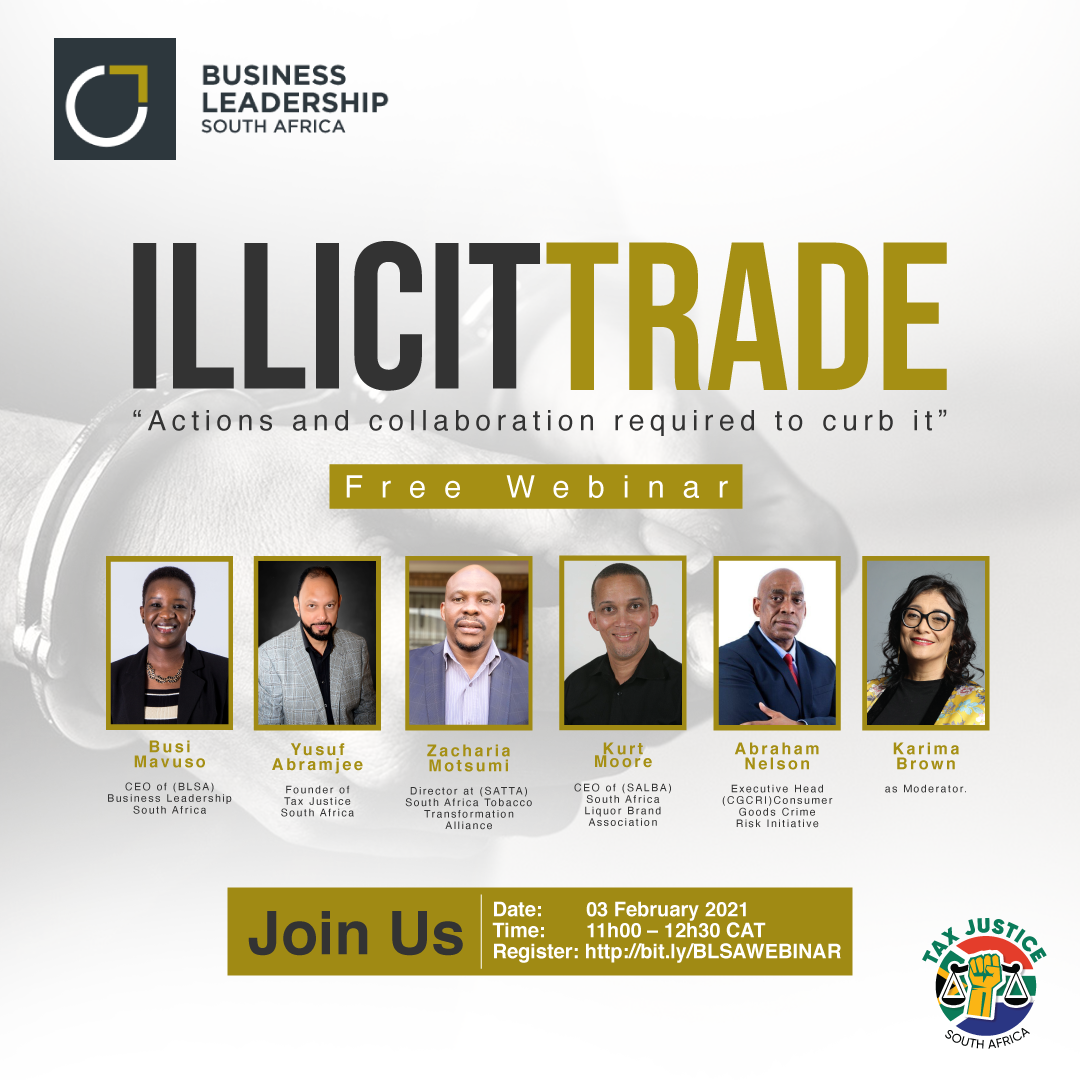 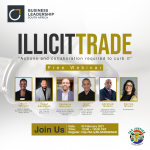 The BLSA Webinar on Illicit trade seeks to achieve exactly this outcome to contribute towards fast-tracking South Africa’s economic recovery.

With the country’s economic stability hanging in the balance due to the unavoidable ripple effect of the Coronavirus global pandemic, Business Leadership South Africa and its division, Business Against Crime South Africa (BACSA) will put the spotlight on the escalated damage that Illicit trade is causing the economy at its upcoming Webinar on Wednesday, 3 February from 11h00 to 12h30. It will also discuss solutions and opportunities of collaboration to mitigate the threat of illicit trade at the upcoming Webinar.

“Covid-19 prevention measures imposed by governments worldwide have unavoidably left most states distressed when it comes to economic activity and stability,” says Fouche Burgers, BACSA’s National Project Manager. In SA, however, the bans on the sale of alcohol and tobacco products also gave the illicit trade an opportune environment in which to thrive, much to the detriment of livelihoods, lawfulness and tax revenue collection.

“It is now more prudent than ever that solutions, actions and collaborative opportunities to curb illicit trade are tabled to mitigate this rampant form of crime. The BLSA Webinar on Illicit trade seeks to achieve exactly this outcome to contribute towards fast-tracking South Africa’s economic recovery.”

The Webinar will be headlined by subject matter experts in key sectors affected by illicit trade including tobacco, liquor, retail and textiles.

The subject matter experts are:

Illicit trade has been the bane of South Africa’s economy – much as it is worldwide – even prior to the current pandemic. For example, the textile industry has become a key focus area for SARS due to under-declaration of customs value in this sector having increased from R5.2 billion in 2014 to R8.52 billion in 2018.

A study from the Research Unit on Economic and Excisable Products found that 30% of cigarettes consumed in 2017 were likely to be illicit, not only compromising the country’s economic well-being but also bank rolling crime syndicates. That figure is likely to have increased after tobacco traders opened new sales channels and gained new customers during the bans.

“In order to react to the proliferation of illicit trade, we need an industry-wide effort to curb its spread,” says Burgers. “We need to table collaborative solutions that will help the country fight this form of crime against businesses and the economy.”

South African businesses, economic and trade commentators, regulators, relevant NGOs, Government representatives and citizens are invited to be a part of the free Webinar. They will be given an opportunity to engage the panel directly, ask questions and share solutions on the day of the Webinar.