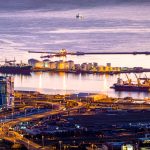 SA Breweries, Heineken and Consol Glass have frozen R13bn of investment. But that doesn’t begin to reflect how much investment we’re losing.

There is a lot of talk about investment to kickstart the economy after this crisis. But the news is showing the opposite is happening: cancelled and delayed projects. Last week SA Breweries, Heineken and Consol Glass froze R13bn of investment, blamed principally on the alcohol ban that has decimated their sales. But you can be sure that many billions more is being quietly shelved by companies across the economy. Who would put more shareholder money at risk in this environment?

We talk often about policy uncertainty, the confusion that investors face when trying to understand what the outlook is for their rights should they make an investment. Investors have had to try and make sense of the scrap over expropriation without compensation, years of delays and changes to proposed mining regulations and laws, flipflops over digital migration and so on. When you have a whole world of investment opportunities, this kind of uncertainty just isn’t worth the effort. So, while the R13bn feels tangible and immediate, we should not kid ourselves – it is just a drop in the ocean of investment that isn’t happening.

Government has put a lot of effort into driving an infrastructure programme, two weeks ago gazetting 18 new strategic infrastructure projects that are said to be worth R340bn of new investment. This is positive, though it still needs to result in shovels actually beginning to dig. The problem is that such public infrastructure is only a part of the overall investment picture. And while some daubs of colour are being applied in the public sector part of that picture, the larger and potentially much greater source of investment from the private sector remains an opaque and blank canvas. Gross fixed capital formation – a measure that captures investment across both private and public sectors – reached a peak in 2008 and has shrunk by about 16% since 2015. We can expect it to plummet further this year.

Investment can seem abstract when thought of as flows of money. But we must remember that we are really talking of jobs being created and economic activity being spurred. The R6bn investment Heineken has frozen was to build a new brewery on the Kwazulu-Natal north coast that would have created 400 new permanent jobs. It would have consumed inputs that would create many more jobs around it. But with alcohol bans having been imposed without even consulting the industry, and no expiry dates put to them, there is no way the company can go ahead with the investment. Heineken is taking strain in many ways – executives have also seen their salaries cut by 20% and no bonuses paid. While I understand that alcohol abuse consumes much-needed healthcare facilities, government could easily have engaged with the industry to discuss ways to mitigate these, rather than unilaterally imposing an open-ended ban. Together, government and the industry could have at least worked out a set of deadlines and objective criteria that would have provided some clarity and predictability for investors.

But let’s not lose sight of the bigger picture: for many years we have been leaving investment on the table that could have been mobilised for the economy. One obvious area is spectrum. We complain a lot about high data prices and mobile networks are eager to roll out increased network capacity that boost volumes and reduce prices. But Icasa has been running an on-again, off-again auction process since mid-2010. Operators are still waiting for the access that will allow them to sink billions into their networks. Another is the MPRDA amendment bill. That has been bouncing in and out of parliament since 2007. That is 13 years in which mining companies have kept investment on the sidelines while they wait to see what the regulatory environment will look like. There are many other examples I could cite.

If we are serious about mobilising investment – and I believe president Cyril Ramaphosa really is – then a public sector process is only one part of what must be done. We must be equally serious about mobilising private sector investment. And that requires delivering the kind of environment that allows the private sector to get on with it, confident that they are playing on a level field with a referee that won’t change the rules midway through the game.

I wrote more about the decisions of SAB, Heineken and Consol Glass in this column in Business Report. The government’s decision to ban alcohol sales was poorly managed and communicated with the companies that are directly affected. Government needs to lift the ban immediately while imposing restrictions on trading hours. 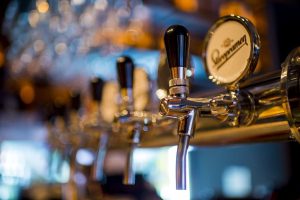 Leadership sets the example for others to follow. This is why it was so distressing to see the images outside the home of struggle icon Andrew Mlangeni after he passed away, aged 95. In a BLSA statement published on SABC News online, we noted that ANC leaders standing around the coffin were masked but standing close together. Images of a senior SANDF member smoking is also concerning. With SA’s Covid-19 infection rate rising sharply, it’s now more important than ever for everyone to take preventative measures to curb the spread. Our political and business leaders need to set an example. 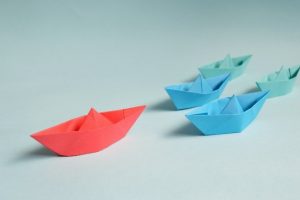 Balancing the health response while rebooting South Africa’s economy is a very difficult task, I wrote in Business Day. We will have to remain vigilant to the threat of a new spike in infections.