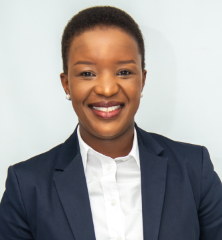 As South Africa thinks about the economic recovery post the coronavirus crisis, shattered business confidence should have us worried.

Business confidence is a leading indicator of economic growth. Companies that don’t believe in the future don’t invest and don’t expand. Confidence has been drifting down for almost a decade, leading the steadily weaker economic growth we’ve seen. The last time it showed a notable improvement was after the 2010 Fifa World Cup, save for a short bump after Cyril Ramaphosa won the presidency of the ANC.

Former US Treasury Secretary Larry Summers once noted: “Confidence is the cheapest form of stimulus.” I agree in part. It is cheap in the sense that it can drive investment without necessarily incurring a direct cost to government. When businesses are confident, they invest, expand and grow the economy. The problem is that confidence isn’t going to magically appear. There is a lot of work government must get done and some of it is going to cost money.

We’ve talked about structural reform so much it has become a hollow cliché. But we can’t lose focus. There must be answers to the question “what’s changed?” that will compel businesses to revise their expectations of the future.

It is not difficult to understand what those changes should be. Despite the debate over land reform being much needed, we have undermined confidence in property rights. Nobody makes investments in assets they can’t trust will still be theirs in future. We need to conclude that debate and recommit to protect property rights so that investors have confidence that they can put their capital at risk. Policy confusion continues to be rife – mining is the biggest victim and no new investment is happening in that industry as a result. From the mining charter to amendments to key legislation, destructive debates have contributed to a weak environment for mines to operate for well over a decade. There are many other policy issues that affect energy, access to broadband, skills, education, all of which can be fixed to fundamentally alter business confidence. I wrote more about these structural reforms last week here.

But there is also spending that must happen. Public investment in infrastructure has been declining as a percentage of GDP for a decade – in roughly the same timeframe that business confidence has been falling. This was also a result of the priorities of the previous president – spending on consumption, through wages and other political gravy trains, was financed by cutting back on infrastructure. In part this was an understandable response to the fact that much infrastructure spending was wasteful and there were capacity constraints to delivering. But the result is that we now suffer a lack of economic infrastructure to support growth, and the social infrastructure to make it inclusive growth.

This has to change. Finance minister Tito Mboweni has said we have to tackle the ballooning civil service wage bill, which has grown by 40% in real terms over the past 12 years without equivalent increases in productivity. President Ramaphosa has prioritised infrastructure spending as a key plank in the economic recovery plan after the Covid-19 disaster. A Sustainable Infrastructure Development Symposium has been slated for 23 June at which government is planning to announce a major pipeline of infrastructure projects.

The president has said that the private sector must play a critical role in this. There are many good reasons for that – the private sector has capital and skills that can unlock the infrastructure challenge. The potential is clear: the renewable energy independent power producers programme raised over R200bn in private sector funding between 2010 and 2015 to build renewable projects. We can learn from that success to deliver investment into water and sanitation, roads, ports, railway lines and more energy projects. It just takes a highly credible and effective project origination and procurement process. If done right, the fiscal load on government can be substantially reduced. But it is not only private sector money that matters – the private sector is also an effective operator of assets. It can draw on global expertise and apply the best operating models to ensure infrastructure stays well maintained and effectively operated.

If the government can deliver the structural reforms that are needed and mount a credible infrastructure programme that uses the private sector appropriately, we can turn what has been a long-running decline in confidence. And if we can do that, strong economic growth will return to drive our efforts to eliminate poverty and reduce inequality. 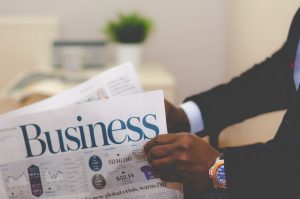 I wrote about the structural reforms we need to focus on if we are to reverse an economic decline many years in the making in Business Report. National Treasury’s stimulus package and the Reserve Bank slashing borrowing costs to their lowest levels since the early 1970s and embarking on an aggressive bond purchasing programme, though necessary, will not be enough to avoid a more severe contraction of the economy. One priority area for structural reform is the energy sector. It should be fully liberalised immediately. The blockages are political, which the economy can ill afford. Furthermore, spectrum needs to be rolled out permanently; tourists and skilled foreign workers need to obtain visas more easily; mining licences should be easier to get; and the mining charter must be finalised. 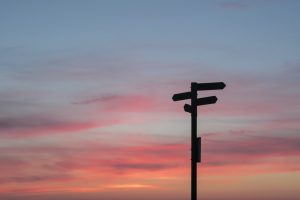 The Covid-19 pandemic has changed everything that we were certain about at the start of the year and calls for a different fiscal policy from National Treasury. Instead of a more austere focus, it is suddenly being required to find measures to stimulate the economy. I wrote in my Business Day column that upcoming emergency budget will be difficult as Minister Tito Mboweni has to reallocate R130bn to meet the needs of the stimulus package, which is likely to ruffle some feathers. The question is whether the politics of today will win out over the long-term needs of the country. National Treasury needs to maintain its focus on cutting expenditure while facilitating investment spending, factoring in weak economic activity that is likely to persist for several years. 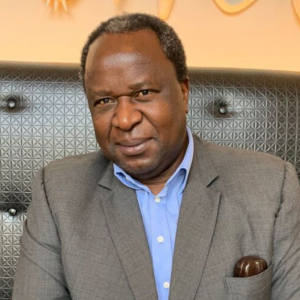 Busi Mavuso is CEO of BLSA.