POSTED ON: October 11, 2021 IN Covid-19, Infrastructure, small business by Admin 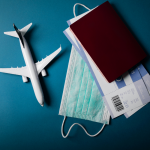 The decision by the UK to remove SA from its red list of countries was late but welcome. The change will now also allow more normal business travel to resume with one of our biggest trading partners.

There were positive moves last week for two important economic themes that BLSA has long been championing: tourism and infrastructure investment. There is progress in both, but business needs to be pushing for more.

The biggest economic damage caused by the Covid crisis has been to the hospitality and tourism sector. Thanks to the collapse of both domestic and international travel, these industries have been starved of clients. It is one of the most important sectors in that it provides employment to 1.5-million people, a larger proportion of which are low-skilled workers and women compared to the general economy. SA Tourism estimates that 87% of those employed in tourism are from a disadvantaged background. So, it is vitally important we do everything possible to get it back on its feet and eventually back to being a major driver of growth in employment.

The decision by the UK to remove South Africa from its red list of countries was late but welcome. It means travellers to the UK from South Africa will no longer need to pay for a state-managed 10-day quarantine in a hotel. This requirement obviously deterred almost all tourists from the UK, which was our single biggest source market for overseas tourists.

This is obviously welcomed by BLSA. As an organisation we had written to UK Prime Minister Boris Johnson highlighting the impact of the red-listing on development in Southern Africa but also the business relationships between our two countries. The change will now also allow more normal business travel to resume with one of our biggest trading partners.

The change has come late but probably still in time for the all-important December holiday season when northern hemisphere tourists escape their winter for our sun. It will be important to the many businesses that have effectively been forced to shut down for the past 18 months that they have a good season. I would expect bookings to now spike as British tourists take advantage of the new opportunity.

The key will be how able the decimated tourism industry will be to get back on its feet. Government has often talked of support measures through the Covid-19 pandemic but its relatively limited support through the Tourism Equity Fund has been stalled in litigation. We need to be doing more to support viable businesses to get back on their feet and big business will be looking to partner with government on interventions to do so.

While the high-profile projects like those discussed at SIDSSA are welcome, I am always concerned there is not enough discussion of the wider environment for infrastructure investment. A few multibillion-rand investments are good but even better would be if tens of thousands of small companies were all investing in their own infrastructure expansion.

The same point is true of the public sector: we should have a great many smaller infrastructure projects happening, particularly at local government level, rather than the few high-profile projects that get headlines. This kind of broad macro infrastructure stimulus is what we had when we reached record levels of investment back in 2007. To get back there, in addition to the large high-profile projects, we need to be doing more to create an enabling environment for infrastructure investment. That can be done in the public sector through improvements to difficult procurement regulations and the use of public-private partnerships, for example.

For the private sector, companies need to be freed to invest. A good example is the amended Electricity Regulation Act which allows companies to now build their own electricity generation plants up to 100MW without requiring a licence. Freeing access to spectrum would be another trigger for the telecoms and downstream industries to plough investment into the economy.

Creating the enabling environment for infrastructure investment needs to be a key priority – not only big, headline-grabbing deals. BLSA will continue to work with public sector counterparts to support capacity and contribute thinking on how we can do that. 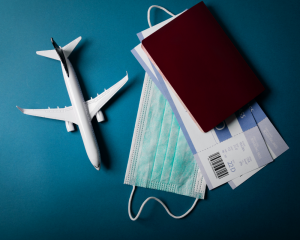 We have got to make it really easy to do business.” With that underlying message, Minister Godongwana hit all the right notes in his address to the Sunday Times Investment Summit last week, I wrote in Business Day. 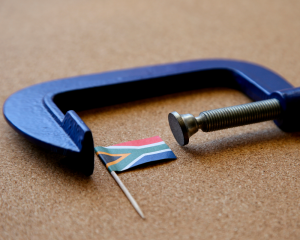 We have seen evidence of the impact of fiscal reforms with SA reporting its first quarterly primary budget surplus since 2018, with spending having been brought in line to match revenue. The surplus is positive and more importantly, it helps regain some credibility in markets for a Treasury that has taken a knock in recent years, I wrote in fin24. While the surplus should relieve some pressure, this is no time for any complacency. On average, economists say, it takes about seven years for a country to move out of sub-investment grade credit ratings. 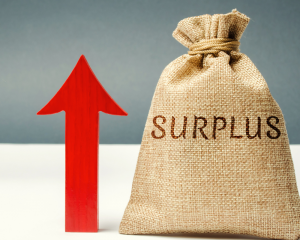