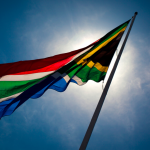 One area the economic reconstruction and recovery plan is clear on is energy security. As our economy reels from more devastating load-shedding, the urgency of this is ever more apparent.

This week we will find out what GDP growth was in the first quarter of this year. It will show good growth from the previous quarter, given that lockdowns and other measures to deal with the pandemic severely constrained the economy then. But it will look decidedly weaker than the same quarter in 2020, which largely preceded the pandemic. The key issue to assess will be the signs it gives of a recovery in the economy more broadly.

Economic growth is fundamental to a brighter future for all of us. It is the only way to turn the trajectory of government’s fiscal position as it will boost earnings and therefore tax collection and start to get debt under control. It is also an important component to solving the unemployment crisis which has been exacerbated by 1.4-million fewer people in employment compared to before the pandemic.

There is broad recognition of the importance of growth. This was why business, labour and civil society last year agreed an economic reconstruction and recovery plan with government that was subsequently ratified by cabinet. The plan sets out a wide agenda for structural reforms to get the economy going. This plan was the result of significant efforts by all social partners to build a consensus on what needs to be done. At the heart of it is a series of structural reforms – policy change that are needed to enable investment and other economic activity.

One area that plan is clear on is energy security. As our economy reels from more devastating load-shedding, the urgency of this is ever more apparent. The interventions in the plan include “enabling generation for own use” and “facilitating electricity trading”. These objectives fed into the debate over the proposed increase of the licensing threshold for own generation from 1MW.

All of us in business have recommended that this increase should be to 50MW if we are to maximise the contribution own generation could rapidly make to stabilising overall energy supply and set the groundwork for electricity trading in future. Yet the draft amendment produced by the Department of Mineral Resources and Energy increases the threshold to only 10MW.

I was heartened therefore to hear President Cyril Ramaphosa say in parliament last week that he is “actively involved” in resolving the impasse over the cap and noting that there is a “clear indication” that there will be takers to “go beyond” the 10MW level.

The president’s intervention should be decisive in this relatively easy and cheap way for government to rapidly open investment in energy generation. There are several firms that could immediately launch multibillion-rand projects to build generating plants for their own use if the cap is set appropriately. There are all kinds of positive spin offs beyond investment in electricity plants, including far wider investment that becomes possible if companies have energy security to start off with.

Another area that is key in the required structural reforms is increased access to spectrum. Cheap and efficient broadband is crucial as the economy adapts to the fourth industrial revolution. This has been a frustrating problem, with many years of delays to auctions of spectrum capacity. This has again been delayed amid litigation of the auction process set up by the Independent Communications Authority of SA.

But here too the president signalled he was working to resolve the challenges. He is driving for a mediated solution that will enable Icasa to go ahead with the auction and avoid further years of delays. I hope he will succeed in re-establishing the process in a way that fully complies with legal requirements.

The GDP figures are going to show support from the strong global commodities boom that has supported our mining sector with high prices for commodities. We must be cautious in not allowing this welcome windfall to make us relax about the urgency of reforms needed.

It is interesting that the commodities windfall is not driving the kind of investment you might have expected in expanding mining capacity – reflecting miners’ fears about energy security and wider mining policy issues. The impact of high commodity prices is therefore not as significant for longer-term growth as it might have been had we got the structural reforms right in advance.

There are many other reform issues detailed in the plan to trigger the wider and sustainable growth needed. We must remain focused on delivering these. We at BLSA remain committed to working with the president and all other social partners to do so. 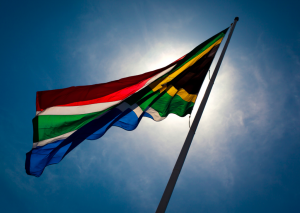 The slow pace of land reform is largely due to poor implementation of our existing land reform policies over the past two decades, I wrote in Fin24. It is not a constitutional crisis. Going forward, we need close collaboration with government to ensure land reform is implemented in a way that doesn’t threaten food security, the agriculture sector and property security. 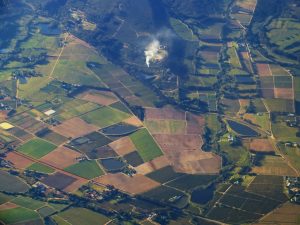 Since the start of our democratic era as we were integrating into the global economy, our selling point was that we would serve as a gateway to the rest of the continent. But after almost a decade, our gateway is losing its attractiveness, I wrote in Business Day. 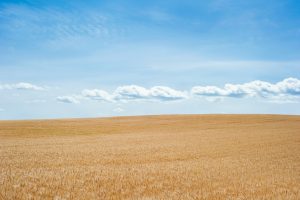