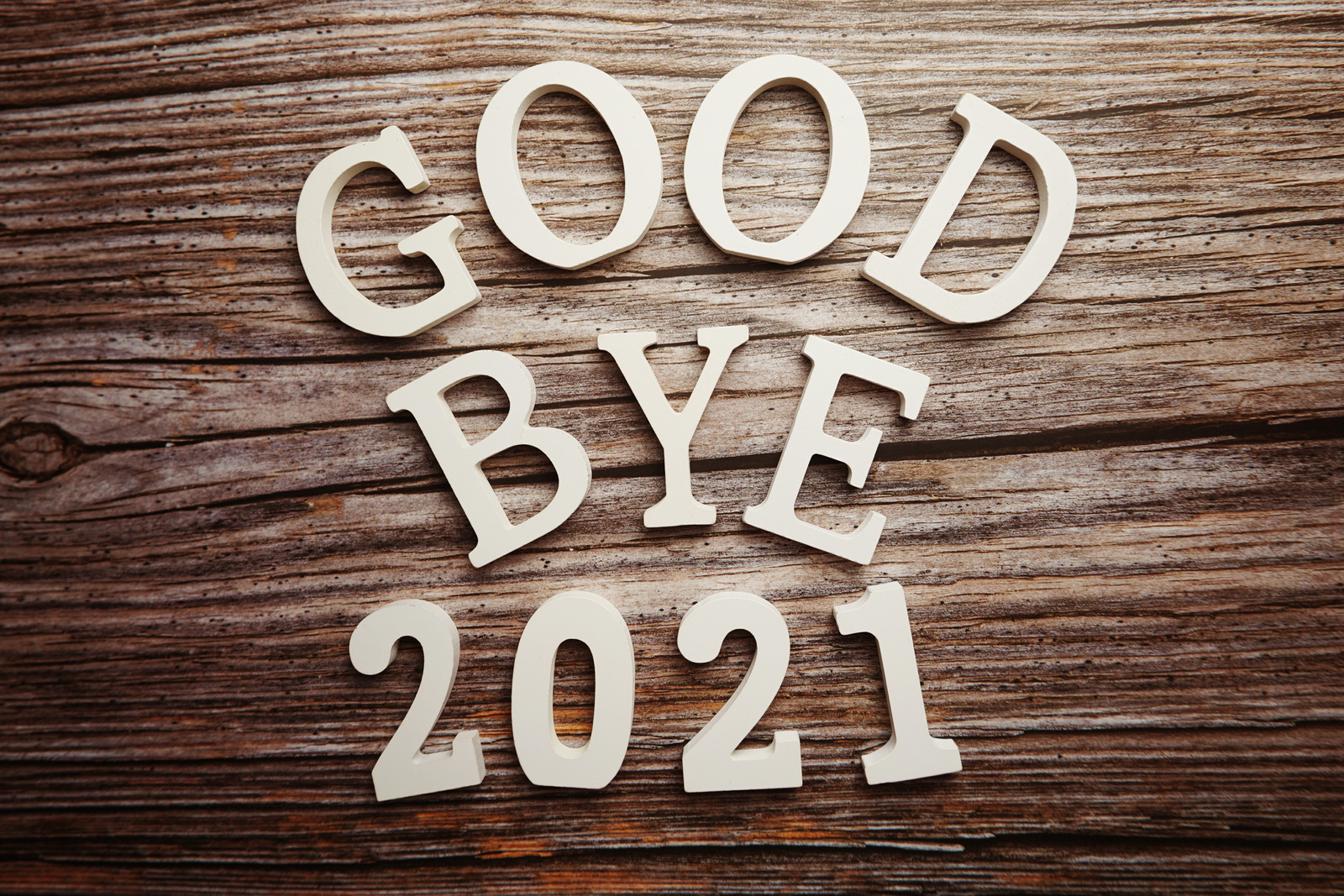 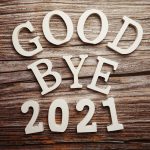 President Cyril Ramaphosa got the year off to a good start in setting the right tone in his state of the nation address where he presented his four overriding priorities: defeat Covid; accelerate the economic recovery; accelerate economic reforms to drive inclusive growth; and fight corruption.

Great strides were made on the reform front in 2021, particularly in the energy sector, but these were combined with far too many self-inflicted wounds that have set us back considerably. It is also the year that we jailed a former president.

Both domestic and exogenous factors played a major role in shaping our economy.

Exogenous factors were both positive and negative. The Covid pandemic continued to batter our recovery from the horrific contraction of 7% in 2020 while the commodities bull run came to the rescue in the form of extra revenue. That was used wisely – to reduce our debt and alleviate in a small way the plight of those worst affected by our underperforming economy.

President Cyril Ramaphosa got the year off to a good start in setting the right tone in his state of the nation address where he presented his four overriding priorities: defeat Covid; accelerate the economic recovery; accelerate economic reforms to drive inclusive growth; and fight corruption. We assess each element below.

Covid
The virus is proving to be a formidable enemy and while it is still far from being defeated, the government’s response has, overall, been commendable. It overcame the shortage of vaccine supplies and extended its rollout programme but was then confronted with high levels of vaccine hesitancy on the part of far too many people.

As vaccinations were opened to each age group we saw an initial spike in numbers plateauing out with the end result that today 44% of the population has been vaccinated. While that number is rising, it is still far off the 70% target set for herd immunity.

Vaccine resistance is a global phenomenon, though most developed countries have achieved higher vaccination rates than SA. Now, like the rest of the world, we face the sensitive issue of enforcing vaccinations on the unwilling or barring them from events where they put others at risk, with mandatory vaccinations for the workplace a hot potato. Social partners at Nedlac have agreed to this but want the Constitutional Court to ultimately decide on the issue.

That was the safe route to take – certainly any such infringement of individual rights is a serious matter that needs sober contemplation – but it also delays clarity on the issue which means businesses are being forced to go it alone. Many had done so before government referred the matter to the courts and more will impose mandatory vaccinations for employees.

BLSA fully supports mandatory vaccinations. We respect individual rights but in these circumstances we believe the rights of society to operate normal lives, free of the threat of infection, far outweigh the rights of the individual.  It’s important however, that we implement a regime that does in some accommodate those who, for whatever reason, refuse to be vaccinated. Regular testing is probably the minimum requirement.

Economy
With President Ramaphosa’s next set of priorities, to accelerate the economic recovery and accelerate economic reforms to drive inclusive growth, we have taken huge strides in restructuring the energy sector with a strategy in place to increase the country’s generation capacity to ensure a stable supply one day in the future. The problem is as to when that will happen – at the pace things are moving, energy security is too far off. We urgently need to end load shedding. Whatever the level, each bout of power cuts sets back any recovery.

The reform highlight of the year was the surprise move by the president in lifting the ceiling for self-generation of energy without a licence to 100MW, when Minerals and Energy Minister Gwede Mantashe had tabled a 10MW threshold and business was hoping for 50MW at best. Coming as it did in the midst of a bout of load shedding, the president’s action sent a powerful message that he recognised the urgency of the energy crisis and was prepared to take extraordinary steps to ensure we resolved it.

It was an important move. The quicker private companies build their power plants, the faster we’ll achieve energy security. As with far too many reform and recovery efforts, unnecessary blockages are delaying things. Companies still need to go through far too many bureaucratic approval processes but far more important is that nothing can happen until we have policy clarity from the Department of Minerals and Energy on wheeling electricity from where it’s generated to other locations via the national grid.

Another important positive for the government is in keeping our debt trajectory under control. Finance Minister Enoch Gondongwana, presenting his first medium-term budget policy statement following the resignation in early August of Tito Mboweni, did an excellent in keeping SA on the right fiscal trajectory. The government’s consolidated deficit is expected to reach 7.8% of GDP in 2021/2022, down from February’s forecast of 9.3%, and it is expected to decline to 4.9% of GDP by 2024/2025. Furthermore, the gross loan debt-to-GDP ratio is expected to reach 69.9%, in 2021/2022 and rise to 78.1% in 2025/2026, well down from February’s forecast of 81.9% in 2021/2022 and a peak in 2025/2026 of 88.9%. Those are two elements watched closely by ratings agencies and investors and Godongwana did well not to succumb to short-term demands for increased spending.

With the goal of accelerating economic growth to drive a more inclusive economy, the government’s performance has been poor and the year comes to a close on a sombre note, with the official unemployment rate rising to a record 34.9% and GDP growth forecasts for this year dipping below 5%. Persistent load shedding undermined the economic recovery but a series of delays to important reforms served to further undermine business and investor confidence too.

The year has ended on a positive note, however, with the Independent Communications Authority of South Africa announcing in early December that it had issued new invitations to industry players to take part in the spectrum auction, which it confirmed would be held in March next year, after being delayed from March this year.

Fighting corruption
For his fourth priority, the president would get an F on any report card.

Despite only recently having emerged from the state capture years and despite our economy being on its knees with swathes of South Africans losing their jobs because of the pandemic, when it came to tenders related to our response to Covid-19, the president was found wanting. It happened on his watch, and he needed to ensure the process was free of corruption. In June he placed his health minister, Dr Zweli Mkhize, on special leave and Mkhize resigned in August after the Special Investigation Unit implicated him in the tainted Digital Vibes contract to supply equipment to protect citizens from the virus. Despite the moral repugnance of exploiting a situation where so many people were losing their livelihoods, corruption unfortunately continues to flourish.

Prosecutions flowing from the National Prosecuting Authority have been frustratingly slow and the year ends with disturbing reports that the resignation of its investigative directorate, Hermione Cronje was driven by lack of skills and resources as well as doubts about the integrity of some officials.

The Judicial Commission of Inquiry into Allegations of State Capture, Corruption and Fraud in the Public Sector including Organs of State, headed by Chief Justice Raymond Zondo, is due to deliver its final report to President Ramaphosa by 1 January.

Since its first sitting in August 2018, the Zondo commission heard revelations of the brazen fraud and looting of state coffers that took place during the Zuma presidency. We hope the final report serves as a trigger for a spate of successful prosecutions. The country desperately needs to see accountability among those in high office before the government can regain any sort of trust from the public. But even that will not be enough: recent events have shown corruption still flourishes in all levels of government and until the ruling party deals decisively with its corrupt elements, it cannot fulfil its duty to serve the public.

Arresting a president
In July, South Africa arrested a former president after the Constitutional Court found him guilty of contempt for failing to appear before the Zondo commission.

It was a momentous occasion that reflected the strength of our judicial system which had withstood intense pressure from Jacob Zuma’s supporters and other beneficiaries of the state capture era. Unfortunately, that was somewhat overshadowed by the public unrest and looting that flared up in parts of KwaZulu-Natal and Gauteng. But the significance of an African country arresting a former president should not be forgotten, despite his release on medical grounds.

The July looting was the low point of the year, causing further damage to our economy and exacerbating our unemployment crisis. The parliamentary hearings into the matter saw the unedifying exchange of blame between senior police and intelligence officials, sending a clear message to the public that they are wholly inept.

A priority for 2022
That brings us to accountability in government and this is an area where the ruling party has consistently failed since 1994. Incompetent cabinet ministers across all portfolios, appointed for political expediency rather than capability, have remained in their posts for far too long, causing huge amounts of damage to their portfolios.

Unfortunately, the problem extends to all spheres of government, right down to municipal level, with appointed cadres having insufficient expertise. The direct result is that the bulk of our state-owned enterprises and municipalities are dysfunctional.

BLSA has repeatedly called for reforms to be urgently accelerated to boost our economic prospects but the one area we believe President Ramaphosa needs to focus on next year is clearing out the rot and incompetence within government ranks, from cabinet level down to every one of the 230 municipalities that did not receive clean audits from the auditor-general this year.