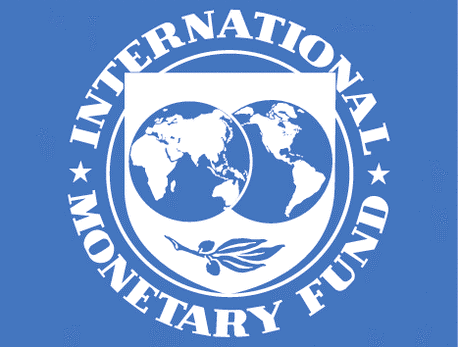 POSTED ON: July 19, 2020 IN Economic policy, Political economy by Admin 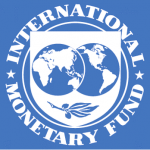 SA’s application for $4.2bn from the IMF exhausts the ‘conditionality free’ money; the next step will be borrowing based on harsh but necessary conditionality.

Murmurings that National Treasury would have no option but to turn to the International Monetary Fund (IMF) and other international lending agencies have been in the wind way before Covid-19. The pandemic’s impact on the South African economy provided the final warning shot for a state aware of the urgent need to undertake structural reform but held hostage by its political ramifications.

Those who warned that the state would have to seek such financial assistance in the face of a welfare bill supporting just under 18-million people were often derided for their “alarmist” statements, but Treasury has applied for $4.2bn in assistance from the IMF.

Now there’ll be those that argue South Africa is in the same boat as many other economies in the world that has been blindsided by a pandemic that has sent the global economy into its deepest recession this century and, as such, there can be no blame cast on the management of  government finances. A look at the past decade’s governance paints a very different and more realistic picture.

For most countries, the need to turn to the IMF arises from a very weak balance sheet – normally a crisis of the balance of payments, and hence external support is normally a positive turning point. This, however, is not necessarily the case for South Africa. It is instead a recognition of a failure to grow and support business to drive economic growth and accompanying job creation.  The country itself has failed to put in place reforms of its own accord and is now facing a looming government funding crisis without a balance of payments problem.

Should our economic prospects not turn for the better, there’s a very real prospect that we will need to seek additional funding from the IMF in the coming few years.

We walked into this pandemic in the worst possible fiscal position, without the means to effectively respond to both the health and economic storms that it unleashed. Ahead of the last global recession in 2007/08, we had an arsenal to wage an effective war against the crash in financial markets. A budget surplus of about 1% of GDP and a debt-to-GDP ratio of about 22% gave the country the ability to spend in the downturn. With debt under control and a nation spending only 2.2% of GDP on debt servicing costs, the first administration of President Jacob Zuma was encouraged to spend. And spend it did, without the caution Treasury now has to exercise with the R500bn stimulus injection. History books will show that we should have been as cautious then about the use of funds, then perhaps the spending unleashed in those early years wouldn’t have led to an out of control of public sector wage bill, for example.

But that’s all in the past, and we should hope that is where it remains.

Now, like other emerging market countries, we have to find avenues to spend to support a shrinking economy. Except this time we face a debt-to-GDP ratio that promises to accelerate towards 90% in the near future, a budget deficit rising to around 15% of GDP in 2020/21 and debt servicing costs climbing to 6% of GDP.

We are now exhausting the conditionality free money from the IMF from its Rapid Financing Instrument that will likely be paid out at the end of July. The next step will be borrowing based on harsh but necessary conditionality. This is the Stand-by Arrangement (SBA) often talked about. There’ll be conditions to accessing funding such as a definitive commitment to stabilise the GDP-to-debt ratio in the medium term, fiscal rules to strap the government to the mast and contentious reforms to SOEs. Effectively, an element of sovereignty has to be lost as a form of collateral.

Deep questions have arisen over the long-term political stability of countries with IMF programmes. They typically suffer from changes in government, given the backlash on tough conditionality. Very few countries manage being able to simultaneously rescue a country and blame the IMF, not themselves, for the conditionality.

The conditionality “belongs to the country”, the IMF always says, but this is not really true. The country must sign up to the conditions to the loan and offer them up in a letter of intent to the IMF’s executive board. While on the surface it is presented as not being a loss of sovereignty, in reality it is.

A country can choose to abandon an SBA programme to regain sovereignty but this can destabilise markets, especially if reforms are the focus more than fiscal targets. Many countries have long periods of “will it/won’t it” before applying for a loan for this reason.

The application process for an SBA can be quick and could be concluded within three months.  Long periods of negotiation are damaging. My big fear is that SA would end up going round and round in circles debating terms in the usual South African way. All the while, the fiscal position remains untenable, further damaging business confidence and possibly triggering capital flight.

These are just some of the waters we have to navigate – all a result of self-inflicted damage. There’s no getting round the fact that any further approach to the IMF will come when we are in a most desperate position and to emerge from it will not be easy. It will require political resolve and a clear focus on structural reforms of state-owned enterprises, energy policy reform and labour law changes.

The IMF has long called for similar reforms and, if we don’t reform ourselves, it will lead us down that road. It will not be an easy path and comes with embarrassing scenarios where the country’s budget is submitted for audit. The traumatic thing for the country is that it would happen at speed.

In essence, our sovereignty will be lost, affecting all spheres of society. It needn’t be this way if we, ourselves, take the reform decisions already on the table, now.

This article was written by Busi Mavuso and was first published in Sunday Times.