SAA is a symbol of government’s mismanagement of the economy. The airline is now terminal. The Covid-19 crisis has put the lid on the coffin, but there were no alternatives even before the crisis.

The confusion over SAA continues. No sooner had public enterprises minister Pravin Gordhan written to the state airline’s business rescue practitioners last week to deny them R10bn of requested funding, leaving no option but liquidation, than his spokesman put out a statement that “no agreement” had been concluded regarding full-scale retrenchments. This is how business rescue works. When all other options are exhausted, liquidation is all that is left, starting with retrenchments.

SAA is a symbol of government’s mismanagement of the economy. The airline is now terminal. The Covid-19 crisis has put the lid on the coffin, but there were no alternatives even before the crisis. The fact that government is continuing to resist this inevitability further harms its credibility. This is particularly so at a time of economic crisis. SAA should be among the first to go in an overhaul of government priorities. We should do everything possible to protect viable and competitive businesses through the crisis, not waste scarce resources on a business that has absorbed tens of billions over the last decade that could have been spent far more wisely.

We are told that cabinet will be debating the future of SAA at its meeting today. It is frankly alarming that SAA is even worthy of debate. Tens of thousands of companies in both the informal and formal sector have had their revenue cut off completely by the lockdown. They will have no choice but to let their staff go. The one salary support scheme the government has offered so far, the UIF’s TERS scheme, is so bureaucratic that companies that have tried to access it have given up, and it doesn’t touch the informal sector. The queues for food parcels in the townships are a devastating indicator of the real on-the-ground impact. The cabinet should be focusing on the urgent and growing economic crisis and the resulting humanitarian catastrophe. It will take time for the data to come out, but the experience of the rest of the world provides a clear indicator: in the UK, second quarter GDP is expected to be down 35%; in the United States, 22-million people are now jobless, putting the unemployment rate at 17%, from near zero a month ago. We should expect our economic decline to be at least on this scale, exacerbated by the already-weak position we were in before the crisis.

Unlike many other countries, however, we have dithered in delivering a robust economic response. I hope this week will change that, but we have already lost much time. This is surely another symptom of the same malady we see in SAA – a refusal to make hard decisions.

When we come to the end of the Covid-19 crisis we will have a substantially diminished economy. We will need decisive economic leadership to rebuild it. It will be in the worst state we have seen since democracy. This will force us to think radically and we are going to have to start afresh. Past shibboleths must be laid to rest.

We know the many things that must be fixed to sustainably boost the economy: energy security; granting more spectrum for broadband; sorting out policy confusion on mining; reaffirming property rights; and so on. This list is among the “structural reforms” that are needed to increase the capacity of the economy while transforming it from its carbon intense economic model to a more sustainable future.

State-owned enterprises are one of those shibboleths. SAA will not survive the crisis, but many others among the 700 SOEs are also cash-strapped and unsustainable. They should be closed, sold or restructured where they are of genuine strategy value to government.

Eskom remains another crucial entity to fix – its balance sheet will deteriorate through the crisis and an operational and financial turnaround remains critical. Following through on the plan to split it into generation, transmission and distribution entities is a crucial step that is tied to long-term energy stability and cost reductions, as well as greening the economy. 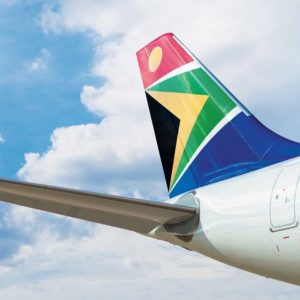 Over a recent conference call with journalists, Finance Minister Tito Mboweni conveyed that he is in daily conversations, sometimes up to four times a day, with the governor of the Reserve Bank, Lesetja Kganyago. That sort of co-ordination between the two arms of fiscal and monetary policy in the face of the Corona-induced economic crisis is encouraging. That reflects much-needed sobriety in dealing with the fallout from this crisis

Unfortunately, so far, the economic response hasn’t matched the impressive health response from our government. I wrote in Business Report that, if we are to emerge from the ruin of this pandemic, National Treasury’s report released last August, Economic transformation, inclusive growth, and competitiveness: towards an economic strategy for South Africa, should be used as a blueprint, with some tweaks  that will come with the new world that Covid-19 has abruptly thrown us into. 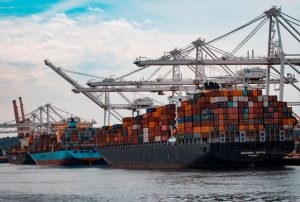 As the lockdown drags on, I’ve probably been in every corner of my home to get a bit of a change of scenery. I’ve exhausted all options, a problem that the vast majority of South Africans simply don’t have. As such, I can only imagine the frustrations brewing in townships like Alexandra and my home of Soweto. As a nation and as a global community, this will be our truth until we can increase the rate of testing and see case numbers ease our shared anxieties about the pandemic.

I wrote in Business Day last week that we have to start protecting the economy by turning on the dials on parts of it over these next two weeks without affecting our own war on the pandemic. Government started, tentatively, on this path with the announcement on Friday that it was easing some restrictions. It should also look at companies and industries that can show that health protocols, including testing, are in place. Mining, manufacturing and agricultural firms can increase our export earnings at a time when the rand needs much support after the body blows of two ratings downgrades in as many weeks. 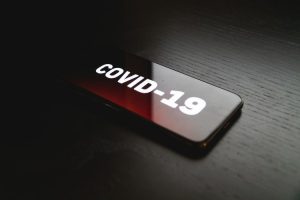