The collapse of the rand and the value of South Africa’s traded debt last Thursday showed how concerned investors were.

Organised business is focused on getting South Africa working. Government plays an enormous role in delivering that outcome. We need supportive policy, institutions that operate efficiently and with integrity, and above all, a capable state.

Together we have been making progress, though not as fast as I would like, in implementing a reform agenda that will grow the economy, create jobs and ensure a more prosperous future. But progress appeared to be at risk in the political drama of the past few days. The collapse of the rand and the value of South Africa’s traded debt last Thursday showed how concerned investors were.

It was an indication that we have not yet delivered the extent of institutional rebuilding that we need. All stakeholders in our future should be comfortable that the institutions of government and civil society are robust and capable. We should have confidence that the party and the state really are separate, that the institutions of government are not suddenly at risk because of who has political power. Should there be a change in political leadership, we should be comfortable that there will be a well-managed transition.

The ANC as a whole must restore confidence that the reform agenda is not at risk. Whoever is in leadership, the commitment to rebuilding the criminal justice system must be unwavering. Moreover, the reforms needed to fix the key challenges facing our economy, including the restructuring of the electricity sector and the logistics system, must be publicly reaffirmed. The important Operation Vulindlela programme must be given clear political support and its work championed. These are not political questions – OV has been tasked with implementing agreed policy and working on solving blockages to do so. We cannot undermine that progress and risk new blockages.

Over the last few days there has been understandable contestation within the ANC as it has digested the report from the Section 89 Panel convened to parliament into the Phala Phala matter. But there should be no dispute that it is important to reassure the country that good governance is not at risk. Unfortunately, many of us were left with the impression that the country was being put second as factions took to social media to opine on the report and its impact.

The report was an opportunity for our political leaders to double down on their commitment to the institutions of our country. The response to the report should have been that the established processes will follow, with the appropriate institutions empowered to do their work to assess the evidence and take further action as required by law. Above all, there should have been affirmation that the reform agenda will be unaffected and that if there is a change in leadership it should be managed appropriately to ensure the work of government will continue as is.

The hard work that BLSA and others put into driving the reform agenda and working with government to solve our persistent structural constraints cannot be held hostage to political surprises. There has been a lot of work done over the past few years to restore the criminal justice system in particular, work that is far from complete, and we need the political system at large to affirm how important this is. We need to continue the programme of rebuilding the capable state, professionalising the civil service to ensure it can deliver efficient services to our people.

We must keep our eyes on the prize. We must stick with the programme of reform to deliver economic growth and development. We need clear communications from all political leaders to signal their unwavering commitment to that objective so that confidence is not undermined.

For those of us in business leadership, this is the message we should be sending: give us certainty and ensure a clear and orderly process will follow from here, one that will build rather than risk the institutions of state. 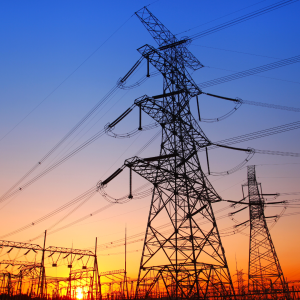 New research shows that increased private sector participation is required to rejuvenate our energy and transport sectors but even the few bits that government is trying to open up are eliciting ideological pushback with illogical claims of “privatisation by stealth”.  I write in News24 Business that government should set itself a new goal: no new state entities can be formed until it has fixed all the ones that it has broken. 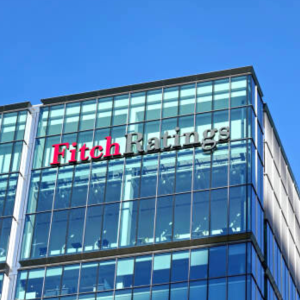 During Nelson Mandela’s presidency, ratings on SA’s sovereign debt climbed out of the sub-investment grade he inherited and further upgrades followed in the Thabo Mbeki era. Then came the Zuma years, I write in Business Day. SA was plunged into sub-investment grade ratings in March 2017 soon after Zuma fired Nhlanhla Nene as finance minister – and we remain deep in that junk status, which has cost us dearly. Regaining our investment grade rating should be a goal that cuts across all government departments.