Last week the finalised National Framework Towards the Professionalisation of the Public Service was released, having been approved by cabinet the week before.

Business feels the sharp edge of the poor state of public services. There are far too many stories of factories and companies having to cease operations or even close permanently because of basic failures in local government service delivery, on top of the obvious consequences for the lives of our people.

Well, last week the finalised National Framework Towards the Professionalisation of the Public Service was released, having been approved by cabinet the week before. Developed by the ministry of public service and administration, it has many strengths in diagnosing the problem and the consequences. A core strategic goal of BLSA is to support government to improve the quality of the civil service so I applaud the effort involved in getting the Framework to this point. We now all need to support its implementation.

The document is frank in acknowledging how cadre deployment has damaged the civil service, noting that “at the executive management levels, reporting and recruitment structures have allowed too much political interference in selecting and managing senior staff”. The result has been turbulence in senior positions and weak morale, as well as damage to citizens’ confidence in the state. Instead it says “A professional public service is one where people are recruited and promoted based on merit and potential, rather than connections or political allegiance.” It bluntly says deployment practices “ought to be ditched”. This is music to my ears.

The Framework is also clear about focusing on outputs: high quality public services for citizens. It notes a current trend in the public service where professionalism is conceived of as merely delivering clean audits, but that “the clean audit is a means to an end, not an end in itself”. Again, I applaud the intentions here.

The challenge of course is implementation. The document makes some clear recommendations, such as appointing an administrative head of the public service to whom all directors-general would report to on operational and administrative matters, while reporting to ministers on policy matters. The Framework notes this was in the National Development Plan and is now long overdue. It also sets out several proposed policy directives including to ditch cadre deployment in favour of merit-based systems, to extend all contracts of directors general and heads of department to ensure stability, with renewal only after a thorough performance review. It proposes legislative amendments to all the key Acts that govern the civil service, with amendment bills shortly to be introduced. It proposes new consequence management frameworks as well as mentorship schemes to enable distinguished former public servants to transfer skills. It also proposes lots of training schemes and entry criteria including exams.

As you will know, I have regularly pointed out that the quality of our public service is one of the greatest challenges we face in repairing the damage of state capture and wider political interference in public service delivery. While we can work on stop gap measures to support government when we face particular crises and urgent obstacles, it is only once we have a full and capable state in place that we can expect high standards of service delivery and genuine democratic accountability.

In the absence of quality service delivery, business has had to fill the gaps. Many companies have had to invest in capital equipment to ensure continuous water supply, never mind electricity. While some companies can afford these, many others can’t and so go out of business. Our economic potential is seriously damaged as a result.

There are also many stories of companies compensating for weak public service delivery not only in their own operations, but also their wider communities, dispatching their own engineers to fix water systems or even building roads in local communities. These are laudable but it is far from ideal. Public services must be delivered in line with the democratic mandate that government holds and a capable state is essential to do that.

I look forward to working with government to support implementation of the Framework. Business’s interests are clearly aligned with the vision it sets out. 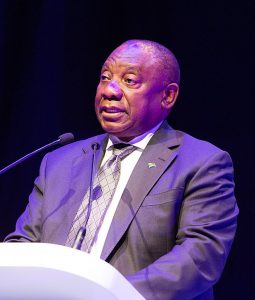 While there were encouraging signals in President Cyril Ramaphosa’s address on the Zondo Commission’s recommendations, too many of the important elements are “to be reviewed” or “sent for further investigation” while cadre deployment, which many believe to be the root cause of state capture, was not even mentioned. I expected a little more, I wrote in in News24 Business. 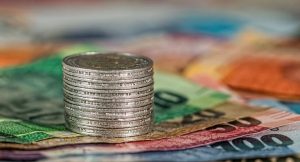 BLSA welcomes the 2022 Medium-Term Budget Policy Statement tabled last week by Finance Minister Enoch Godongwana that affirms the country’s adherence to a policy of fiscal consolidation that will lead to better growth in the future. In his opening remarks Minister Godongwana said that he aims to address the needs of South Africans and secure our future stability and prosperity. Read BLSA’s reaction to the MTBPS here.