By Busisiwe Mavuso
The global commodity price shock has been a dose of good luck.

It is important to get some perspective on our situation in South Africa. I have spent the past few weeks in Washington DC as part of a US State Department-backed mentorship programme and have been taken aback at the positive sentiment expressed about South Africa. Large foreign investors still see us as the strongest economy in Africa and the natural conduit for investment on the continent. Our strong financial system is trusted to handle foreign investor exposures.

Also last week, the World Economic Forum met in Davos for a resumption of the annual meetings of business, government and civil society leaders that had been disrupted by Covid. The mood was sombre, faced with the war in Ukraine, global inflation and climate change.

In this context, South Africa had a relatively positive story to tell. It is unprecedented that the short-term inflation outlook here is more benign that in the US, which saw prices 6.6% higher in March compared to a year earlier. We are also sporting strong fundamental economic indicators, expecting another current account surplus this year thanks to strong global commodity prices which have boosted the value of exports relative to imports. That has also boosted government tax receipts which have been beating targets, helping government improve the debt outlook faster than we expected a year ago.

This positive momentum was noted by S&P Global last week when it revised its outlook for SA’s credit rating from stable to positive. It is the first improvement we’ve had in the credit outlook since our ratings began plummeting in 2011, reaching sub-investment grade at the start of the Covid pandemic. We still have a way to go before we claw back into the critical investment grade level, but it is heartening that we are on the right course.

This divergence between the sombre global mood and our local economic performance is not something we can take for granted. A global recession poses immense risks to our economy and many believe it is coming. We will need to be in strong fighting shape. The recession that followed the financial crisis hit SA hard, sparking the spiralling decay of government finances. Corporate profits have never recovered.

The green shoots that are springing up now are thanks to things both within our control and outside of it. The global commodity price shock has been a dose of good luck. But we have also through shear hard work and hard-fought political battles managed to get government expenditure under control and start to convince our creditors we are not as big a risk as we were.

S&P Global also praised the fundamental structural reforms that have been happening. It signalled that faster implementation of these could lead it to a positive ratings change.

With the prospect of global recession on the horizon, it is urgent that we redouble our efforts to deliver the structural reforms that are essential to a sustainably improved growth path for our economy. This is the only way we can maintain a positive trajectory despite the darkening global conditions. We must urgently complete the electricity sector restructuring that is under way and then swiftly resolve the ports and rail capacity issues that plague our exporters. We must deliver the long-promised infrastructure push. We must ensure both tourists and skilled people can efficiently obtain visas. We must complete the transfer of television signals to digital to open up spectrum for more broadband.

Also helping global sentiment is our gradual progress in dealing with those who drove state capture and delivering justice. The arrest last week of five executives involved in allegations of corruption at Transnet, including former CEO Siyabonga Gama, was a positive signal too. Time is running out for those who presided over the hollowing out of our state-owned enterprises. I am confident that we have already put large-scale corruption of the kind we saw in the Zuma years, with billions syphoned into offshore accounts, behind us. We have much more to do to eliminate it at all levels of the private and public sectors but it is important to signal that the age of impunity is over.

When buried at the coal face of dealing with SA’s challenges, we sometimes feel overwhelmed. Taking a step back and seeing it through foreigners’ eyes is a healthy sanity check. We are making progress, but we must redouble our efforts. We have a storm coming and we will need to be prepared. 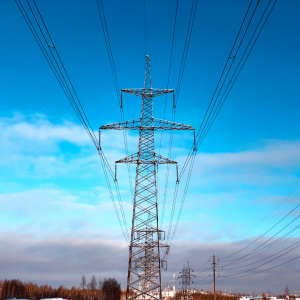 Congratulations to Nersa, and Operation Vulindlela, for getting two 100MW private sector solar plants approved. I write in Fin24 that this is enough to supply about 31,000 households. Getting new energy generated helps to overcome SA’s energy insecurity and end load shedding. SA needs to react with zero tolerance to any threats to achieving energy security and one very serious threat is the increasing number of sabotage incidents at Eskom. Every act designed to destabilise SA’s supply is an act of treason as it is a betrayal of the country. 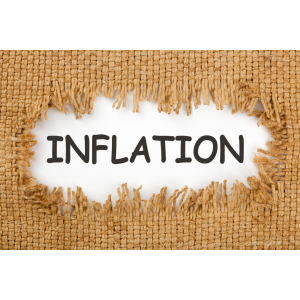 The recent interest rate hike of 50 basis points will be tough for many South Africans to swallow, eating further into what’s left of their disposable incomes but the alternative of rampant inflation will bring more severe consequences, I write in Business Day. Fighting inflation is a pro-poor measure.