It would be easier to support NECOM and government if our bureaucratic and regulatory functions were working the way they are meant to.

Organised business had a good meeting last week with the National Energy Crisis Committee (NECOM) alongside other organised business leaders. NECOM has been established in terms of President Cyril Ramaphosa’s energy crisis plan. We discussed the support it needs from business to achieve a rapid rollout of new generating capacity and improve the stability of existing infrastructure. It was a good meeting and I believe business will be able to assist, especially in terms of mobilising scarce skills that are needed – engineers, project managers, and others.

But also last week, I was frustrated to receive a letter from a group of French businesses who collectively employ more than 65,000 South Africans. The letter set out the massive problems the companies have had in trying to secure work visas for key personnel – engineers, business controllers and experts needed to run specialised equipment. Many of the firms’ existing senior managers have not been able to get work permits despite submitting all required documentation. They describe it as a “nightmare”, making it impossible for them to manage their businesses and leaving them with little choice but to delay investment and consider relocating their African operations to other countries.

The problem seems to have arisen since the centralisation of all visa application processing by Home Affairs in Pretoria. I am told there are backlogs of thousands and only a handful of staff are processing these. It is difficult to understand what the underlying problem is – management failures, xenophobia, or some kind of political dysfunction. Either way it is having catastrophic effects on the ability of business to deal with the skills crisis that is holding back investment and growth.

These two events paint a picture of the challenges we face. No sooner had business galvanised to support NECOM in its effort to fund and attract the skills critically needed to deal with the energy crisis, than we are confronted with an area of serious government dysfunction that would make this difficult. There appears not even to be any ability by Home Affairs to prioritise different applications, with everyone from junior engineers to CEOs stuck in the same backlog.

To be clear, we will persist in finding ways to support NECOM and government more broadly, but it would be so much easier if our bureaucratic and regulatory functions (like processing visas) were working the way they are meant to. This isn’t even a call for policy change – this is implementation of existing policy. The Operation Vulindlela programme of the Presidency and National Treasury has made good progress on several fronts, including getting a scarce skills list finalised and pushing forward with evisas for tourists. But the apparent collapse of Home Affairs’ ability to manage existing applications for skilled visas affects all businesses that need foreign skills as part of their workforces. This includes the urgent need to bring in foreign skills to fix our energy system and build new capacity.

It should be obvious that these are the kind of skills that create jobs in South Africa, not take them. The 65,000 workers that the group of French companies employ are at risk if those companies cannot bring in the skills they need. Eventually they will be forced to curtail operations and reduce investment and jobs will be lost. The point is also obvious when it comes to the electricity crisis – every day that we are blighted with loadshedding is another blow to the economy and its ability to employ people. Bringing in electrical engineers and other specialists, many to replace the experienced and skilled engineers who were hounded out of the country during state capture, is critical to resolving the energy crisis.

I have raised my concerns at senior levels of government. If we are to turn around our economy, this is a problem that must be addressed as soon as possible. 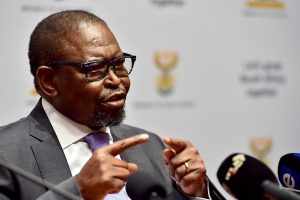 With the medium-term budget policy statement due at end-October, Finance Minister Enoch Godongwana already has to contend with requests for extra funding, leaving him with the perennial headache of not having enough in the kitty, I write in Business Day. Business believes that an important question for budgetary allocations should be: What positive impact will this capital have on economic growth, job creation and society? 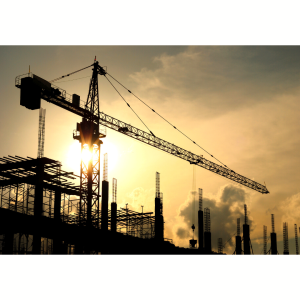 An accelerated rollout of infrastructure developments that address economic inefficiencies is the surest way to reduce unemployment, I write in Fin24. SA needs to get as many projects out of the ‘pipeline’ phase and into construction as quickly as possible. The regulatory morass governing private-public partnerships (PPPs) is holding up private sector investments in public infrastructure projects. There are numerous reforms proposed to streamline processes and the faster these are implemented, the sooner private sector investments will start flowing into public sector infrastructure projects.