Given the urgency with which we need to address the power crisis, the obvious question is what we can do to get more of the round 5 projects to close.

It was good to see three renewable energy projects reach financial close last week. Between them, 420MW will be added to the grid from wind turbines. This is, of course, just a small part of what we need to address the energy crisis, but it is still a meaningful contribution.

The disappointment was that these are the only three projects from Round 5 of the REIPPP programme to have reached financial close so far. In October last year, 25 winning bids were announced totalling 2,583MW. However, projects were delayed because local content requirements could not be met given the number of projects that were awarded. During the delays a global war broke out, interest rates went up and power costs spiralled, meaning many projects became subeconomic.

Given the urgency with which we need to address the power crisis, the obvious question is what we can do to get more of the round 5 projects to close. The financial predicament they face could be simply resolved by renegotiating the tariffs that were bid in the auction round. That is an easy option, but the cost is to weaken the principle that the price you bid is the price you get. A change could set a precedent for auctions in future. We cannot undo history, but obviously we would have avoided this predicament if projects had been allowed to close swiftly. There may be non-tariff steps that government could take to shift the economics of the bids, such as the relaxation of local content requirements that has already been done, and I would encourage that. But if bids are not going to reach close, we need to move on and allow bidders to resubmit the projects in future rounds.

Round 5 has not been a positive story for the programme. Indeed, the programme has been beset with issues since round 4 was delayed back in 2015. The so-called “risk mitigation” round of IPP procurement has also disappointed with only three of those reaching financial close over a year after bidders were announced. Those three make up 150MW of the 2,000MW intended to have been procured in the bidding round. That means that since 2015 we have not had one smooth procurement process. The last two procurement efforts have managed to close only 570MW out of over 4,500MW that was intended.

That obviously affects bidders’ appetites to participate in future rounds. Bids are very expensive to submit, requiring extensive preparation and agreements with partners. If bidders lose confidence that the auction rounds will be smooth, allowing them to reach financial close with minimal fuss, then we will have fewer bidders and higher costs.

We also need to recognise that there is a global rush on new energy projects. Project developers are spoiled for choice on where they choose to offer their services. There is a finite amount of engineering capacity and manufacturing capacity in the world, and this must be allocated out to the many countries that are trying to procure new projects amid a global energy crisis. The reputation of the South African programme needs to be excellent for developers to decide to direct their efforts our way, and right now it is rather damaged.

We need to fix that reputation. We are now going into a series of new rounds. Bid window 6 is closing for submissions on 3 October, with the biggest ever intended procurement target of 4,200MW (and another 1,000MW to follow in a second window later in the year). The submission deadline has been delayed several times for various reasons, including a doubling of the procurement capacity target. But we now need to demonstrate a highly effective and efficient process of adjudication and announcement, leading to financial close. We then need to move swiftly on to round 7 and beyond, each time demonstrating the reliability and professionalism of South Africa’s procurement processes. That is how we will get electricity onto the grid fastest and at lowest cost. 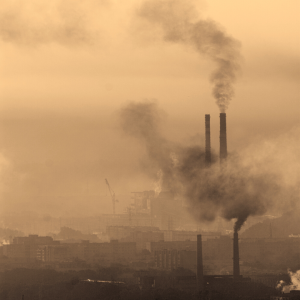 SA is cutting it fine in drawing up a credible investment plan to present at COP27 detailing how we will use the $8.5bn pledged by the US, UK, France, Germany and the European Union at COP26, I write in Fin24. It’s incredibly important that we arrive in Sharm El Sheikh, Egypt on 31 October with an investment plan detailing a pipeline of projects that are aligned to the goal of reducing carbon emissions. What BLSA would like to see included in the investment plan is a mechanism for strong financial oversight of the spending accompanied by a monitoring and evaluation unit that has the muscle to ensure that projects are implemented successfully. 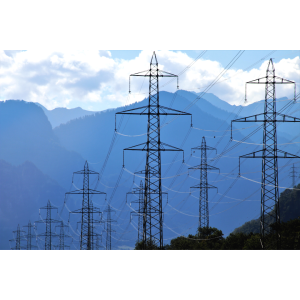 Had the Renewable Energy Power Producers Procurement Programme (REIPPPP) not been stalled by corrupt political interests from 2015 to 2019, the energy plants from bid window 5 would have been operational and South Africa would have had half the amount of load shedding last year, I write in Business Day. If projects from both BWs 5 and 6 were on stream by 2021 as originally scheduled, Eskom would have saved at least R2.5bn and reduced loadshedding by 96.5%, according to research by Meridian Economics. Government needs to take urgent measures to address the delays to BWs 5 and 6.