We do ourselves no favours by embracing reforms that destabilise government finances and the economy.

On Friday BLSA and Business Unity South Africa launched a report investigating funding options for a Basic Income Grant. The BIG has been advocated for by various interest groups, usually envisaging a standard monthly payment to all or some subset of South Africans.

Of course, this idea has an immediate appeal, but it also could have serious consequences. Given the importance of these, we commissioned researchers Intellidex to investigate how a BIG could be funded. Their work makes it clear that there are only three ways: cutting other expenditure, issuing more debt or raising taxes (download the report here).

As readers of this letter know well, BLSA is fully committed to finding ways of reducing poverty in our country. But whatever ways we find must be sustainable and free of unintended consequences that may be more serious than the problem being addressed.

Business has been committed over many years to working with social partners through Nedlac and elsewhere to comprehensively reform social security and healthcare access, but the key consideration is the sustainability of such reforms. We do ourselves no favours by embracing reforms that destabilise government finances and the economy, setting us on course for collapse into the arms of our creditors, which would have disastrous social consequences.

As a result of the report, BUSA has updated its position on  BIG (which can be accessed here). It notes that cash transfers like a BIG clearly improve the welfare and living standards of recipients, but only if it is affordable, does not break public finances, and does not undermine growth and employment creation. It notes that even modest levels of BIG at R600/month would cost R300bn in new spending, rising to double that as the value of the grant increases. There is no way of raising funding of this magnitude that does not undermine the economy or drain resources from other policy priorities such as access to healthcare, education, employment incentives and existing grants.

The report notes that higher taxes are not likely to raise the revenue envisaged because of the behavioural response of tax payers – those most affected by higher taxes will change behaviour or emigrate to reduce their tax burden. Indeed, the evidence shows that even recent tax increases have not had the expected increase in revenue precisely because of these behavioural changes.

South Africa already ranks above most other developing and developed countries in the tax burden on companies and mid- to high-income earners. We have recently been able to stabilise government’s still high debt burden, resulting in improved access to debt at better prices, but a debt-funded BIG would quickly undermine this.

While the plight of the poor in South Africa is desperate and needs urgent measures, undermining the economy is not the answer. In fact, the right answer is to do the opposite – focus on growing the economy. A growing economy creates employment and reduces poverty, it generates taxable revenue that fills the state’s coffers and enables it to spend sustainably on social priorities.

We have done it before – in the years leading up to 2008, the economy grew strongly, enabling a dramatic expansion of social spending including creating one of the largest social grant systems in the world. Growth allowed it to happen then, while simultaneously improving government’s financial position and reducing some taxes.

That was the right way to grow social spending sustainably. We sit now with fragile growth, with economic growth trailing population growth. We cannot afford to undermine this. Instead, all our energy should be focused on the reforms that will drive the economy into a higher gear. 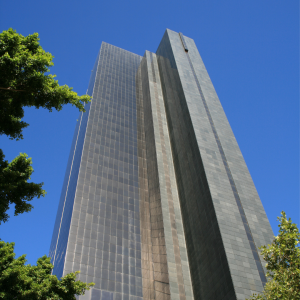 The Reserve Bank’s decision to start raising rates in the latter part of last year has led to inflation now being more benign when compared to many other countries, I write in fin24. The advocates of modern monetary theory believe that countries can fund fiscal largesse simply by printing more money. But if SA started printing money, the rand would collapse and inflation would soar. 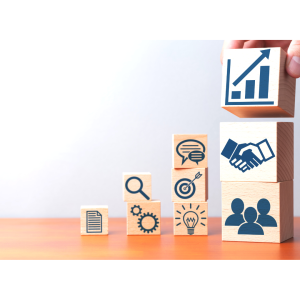 SA was identified as one of 31 countries with high risks around the “erosion of social cohesion” in the World Economic Forum’s 2022 Global Risks report, but organised business believes this risk can be avoided, I write in Business Day.