What ideas is labour bringing to the table to improve the national fiscal outlook?

In wage disputes, organised labour typically wants to keep the focus on negotiations between workers and their employers. They do not want other stakeholders, like the public or business, to intervene in what is narrowly a wage dispute.

Yet the public sector strike that starts tomorrow affects far more than the employer (government) and its workers. It obviously affects many users of the public services that will not be available. But moreover, the standoff between public sector workers and government really comes down to fiscal sustainability, and that affects everyone.

Business has a dog in this fight. Confidence was severely damaged by the government’s fiscal deterioration over the past decade. The loss of investment grade in early 2020 was a key signal of that decay, and it has hurt the economy. There have been times that we were on a trajectory towards financial collapse, eventually to be left with little choice but to engage with the IMF for a bailout.

The good news is that over the last two years, government has been able to stabilise that debt trajectory. Some of that has been thanks to luck – a spike in commodity prices improved revenue collections. But the debt consolidation has also been about hard choices on expenditure. That the Treasury has held the line is key to the trust that it has been rebuilding with business and the markets. This allows the state to get cheaper rates for the debt it issues while business has more confidence to invest, knowing that government finances are sustainable. Ultimately that supports economic growth which in turn allows for greater tax revenue and more social spending.

Fiscal sustainability is, I am sure, a problem that many in the labour movement are conscious of. A collapse into the arms of our creditors would be catastrophic – a national debt default would inevitably mean extreme hardship for civil servants, with late or missed payments and mass redundancies. Yet when labour engages with government about the public sector wage bill, I never hear its ideas on how that scenario can be avoided or the risks reduced. What ideas is labour bringing to the table to improve the national fiscal outlook?

When unions demand a 10% across–the–board increase as they have, in response to the 3% offer from government, what is the plan they have to mitigate the impact on fiscal sustainability? I would be quite open to a realistic and effective plan, one that, perhaps, promises improvements in public sector productivity to stimulate economic activity and ultimately improve tax collection. If such a plan were put on the table as labour’s contribution to ensuring our economic recovery, then I would have much greater sympathy for the 10% demand. Yet I’ve not seen any such suggestions from labour.

I have written before about how labour is often missing in action when we engage with social counterparts to find ways to turn around our performance as a country. The Transnet strike was another recent example, with questionable legality and a clear intention to hold the country to ransom. It does not have to be like this – there are good examples from history, like Germany famous for its cooperation between social partners, where wage restraint has over periods played a critical role in its economic success.

Instead we get grossly irresponsible statements from union leaders like the suggestion last week that essential workers would join the strikes. That would be illegal. Our law is clear that the right to strike cannot be at the expense of the lives of citizens which would be at risk if essential medical and security workers went on strike. Union leaders should be absolutely clear that they intend to hold to the law if they want to be seen as constructive counterparts in the effort to restore our country’s growth track.

We will also suffer from tomorrow’s strike, so we all have an interest in it ensuring it has minimal impact. Business is clear that we cannot afford to set back the progress towards fiscal credibility we’ve managed to achieve. If unions want support for their cause, they must bring constructive proposals to the table and be absolutely clear that they will stay within the law during any industrial action. That is the minimum we should be able to expect from all South Africans who are committed to rebuilding our country. 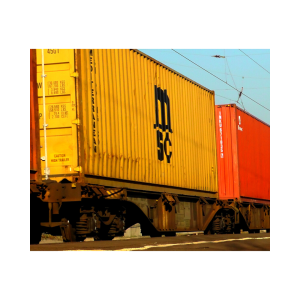 Reports of extortion for financial or political gain are increasing in frequency, reaching more and more sectors – and the economic damage is mounting, I write in News24 Business. This, however, hasn’t seemed to be enough to spur any official response from law enforcement authorities and political leaders. A cleanout is needed of the SAPS and all our other law enforcement agencies. The question is how do we do this? 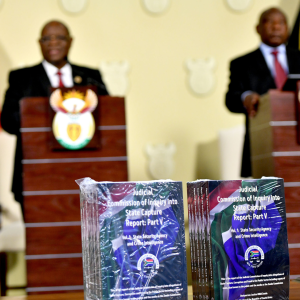 Government’s response to the Zondo recommendations on the appointment of senior executives or members of the board in SOEs is vague, leaving the process open to manipulation. Government needs to tread carefully, I write in Business Day. If it takes a half-hearted approach to the professionalisation of the state, it leaves the door open for a second wave of state capture. Business is heavily invested in the fight against corruption and BLSA is closely studying all aspects of Judge Raymond Zondo’s recommendations and government’s response to them.