Even when their actions successfully lead to prosecutions, convictions and recovery of stolen assets, whistle blowers can struggle to find work and rebuild their lives.

BLSA has been working on the Zondo Commission’s recommendations, identifying mechanisms and structures to help combat future corruption and to support other role players in carrying out their responsibilities. One of the issues we’re considering is the call for better protection for whistle blowers.

Whistle blowers were key in exposing corruption and some paid the ultimate price. The assassination of Babita Deokaran, the acting chief financial officer of the Gauteng Department of Health, who exposed corruption related to Covid-19 tenders, was the ultimate failure in our responsibility to protect those who came forward with information that puts them at serious risk. It was a damning verdict on existing whistle blower protections.

Whistle blowers face both physical and financial risks from their actions. Even when their actions successfully lead to prosecutions, convictions and recovery of stolen assets, whistle blowers can struggle to find work and rebuild their lives. They will often have faced legal action and huge expenses. Judge Raymond Zondo recommended that whistle blowers should be properly remunerated. There are other jurisdictions, notably the US, where whistle blowers can benefit from any funds recovered, which is an option we may want to consider for South Africa.

Another idea is that an independent fund should be established to support whistle blowers. This could be more narrowly focused on the costs that whistle blowers face including loss of income and legal expenses, or it could include elements of reward in proportion to money recovered. There needs to be careful consideration of perverse incentives. It should only be genuine whistle blowers acting in good faith who are compensated when they bring to light information that leads to successful prosecutions and the recovery of money.

Determining good faith is a fraught problem. Just last week we had a case of alleged whistle blowing that turned out to ill–founded against auditor–general Tsakani Maluleke. The auditor general is one of the key institutions in the fight against corruption and is naturally going to be a target for those who have something to lose. Her former human resources head made several allegations against her after allegedly asking for a financial settlement. An independent investigation by a law firm found the allegations to be baseless and recommended instead that the accuser be charged with blackmail.

Given the context, we cannot simply give people the benefit of the doubt – we have had many ridiculous allegations flung at those who are trying to end the era of impunity. We are lucky we have our courts to sort out truth from fiction, but whistle blowers need protection before the courts can eventually decide on the validity of their claims.

Another suggestion is for a whistle blowers’ organisation that can offer protection and support to genuine whistle blowers. It will need to be equipped to be able to undertake some level of verification, but then have powers and funding to support whistle blowers where it finds grounds to do so. It should be able to offer legal expertise and fund litigation, as well as cover the opportunity costs that face whistle blowers in lost earnings and damage to their careers.

We will continue to work with counterparts in the public sector and civil society on thinking through options to improve the treatment of whistle blowers. They play a key role in the kind of society we want, where wrongdoing is exposed and dealt with swiftly. That is the kind of environment that is good for business and society and allows trust to be restored. It is in our common interest. 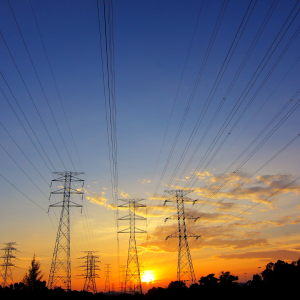 The REIPPP has been running into trouble of late with numerous delays to the bid windows, which means the energy scheduled to come onto grid in roughly two years won’t materialise, I write in fin24. For the emergency energy crisis plan to reach its targets to end loadshedding in two years we must get the procurement process back to the levels of excellence of the early years of the REIPPPP. 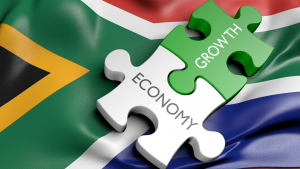 The Fraser report, which measures economic freedom in 165 countries, provides a useful check list that highlights where SA is coming up short. According to the report, the ability of individuals to make their own economic decisions in SA is being continually eroded – a concerning and alarming fact, I write in Business Day. Nations that are economically free outperform on numerous financial and wellbeing indicators.